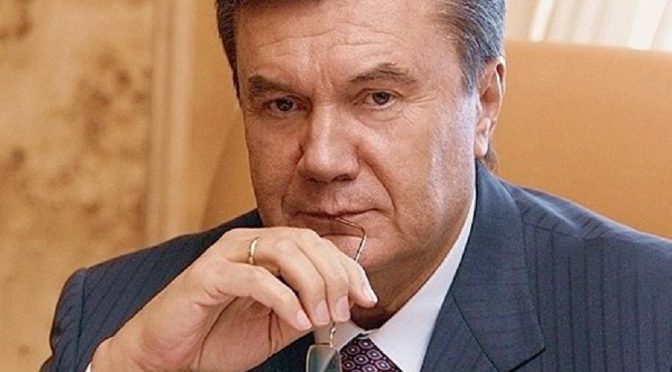 Viktor Yanukovych was kicked out from Ukraine after he refused to continue with the negotiations for his country’s integration into the Eurozone.
The real reason for his refusal of the EU’s offer was shrouded in mystery until now… 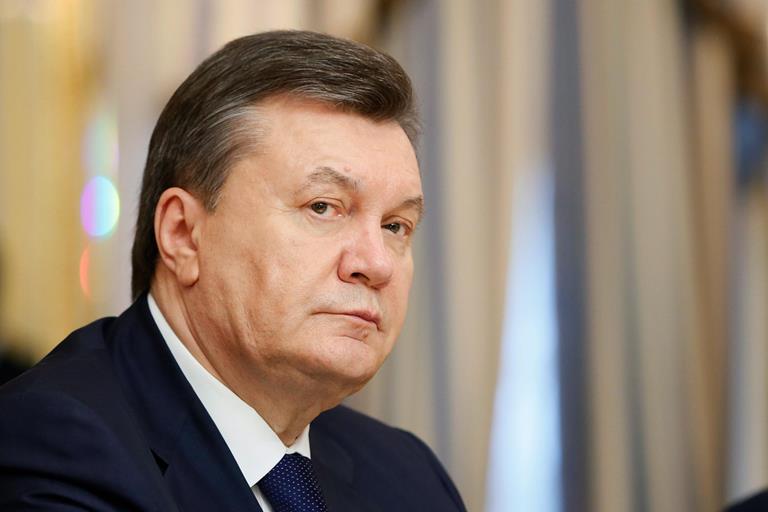 “Burying the lede” is a way that ‘news’ professionals hide or “bury” things while ‘reporting’ on them; and the biggest example of this in modern times occurred when Germany’s Spiegel (Mirror) magazine headlined its cover-story on 24 November 2014, ”Summit of Failure: How the EU Lost Russia over Ukraine.” On the magazine’s front cover, it was instead bannered as “Kalte Krieger — Geschichte einer Machtprobe: Wie Merkel und Putin Europa an den Rand des Abgrunds brachten” which translates as: ”Cold Warrior — History of a Showdown: How Merkel and Putin brought Europe to the Edge of the Abyss.” This was a very lengthy report, 7,000 words, but the historically blockbuster revelation in it, which the global press has ignored, and/or themselves buried by similarly mentioning it without headlining it or leading with it (nor even linking to it), was this (which would have been a fair headline for that news report, since it’s 99% of that news-report’s real value): “EU’s Offer to Ukraine Would Have Cost Ukraine $160B.” (I hope that the headline that I used above is even better, however.)
And, so: now you know why, on 20 November 2013, Yanukovych turned that offer down — and the rest was history (the “Maidan” demonstrations, and all the rest, producing the Ukrainian civil war, and the new and much hotter version of the old Cold War, including all of those economic sanctions against Russia, and the resulting boom in nuclear weapons on both sides, and the thousands of corpses in the eastern Donbass region of what used to be Ukraine).
This blockbuster revelation was in merely a brief, 231-word passage within the 7,000-word article, and nothing further was said about it than these mere 231 words.
Here it is (as given in Spiegel’s online English edition of the article’s second half — and the article’s first half was here, but it contains nothing of this blockbuster revelation):

At Barroso’s behest, Füle traveled to Kiev once again to meet with Yanukovych – and the Ukrainian president got straight to the point. In talks with Putin, Yanukovych told Füle, the Russian president explained just how deeply the Russian and Ukrainian economies are interconnected. “I was really surprised to learn about it,” Yanukovych said. … “There are the costs that our experts have calculated,” Yanukovych replied. ”What experts?” Füle demanded to know. The Ukrainian president described to his bewildered guest the size of the losses allegedly threatening Ukraine should it sign the agreement with the EU.

Later, the number $160 billion found its way into the press, more than 50 times greater than the $3 billion calculated by the German advisory group. The total came from a study conducted by the Institute for Economics and Forecasting at the National Academy of Sciences of Ukraine and it was a number that Yanukovych would refer to from then on.

“Stefan, if we sign, will you help us?” Yanukovych asked. Füle was speechless. ”Sorry, we aren’t the IMF. Where do these numbers come from?” he finally demanded. “I am hearing them for the first time.” “They are secret numbers,” Yanukovych replied. “Can you imagine what would happen if our people were to learn of these numbers, were they to find out what convergence with the EU would cost our country?”

Though that was a poorly-written passage, it does clearly state why Yanukovych couldn’t possibly have accepted the offer. The passage makes no connection between, on the one hand, “the Russian president explained just how deeply the Russian and Ukrainian economies are interconnected. ‘I was really surprised to learn about it,’ Yanukovych said,” and, on the other, “‘There are the costs that our experts have calculated,’ Yanukovych replied.”
Did Putin’s statement cause Yanukovych to request this new analysis from Ukraine’s National Academy of Sciences? We just don’t know. The reporters didn’t say. Maybe they didn’t even wonder about that. All that the article tells us is: the latter scientific institution calculated that if the EU’s offer were to be accepted, the cost to Ukraine would be $160B.
Why, then, was this blockbuster news-item buried, so that virtually no one noticed it? Perhaps the key passage to provide a hint to explain this burying (which hint appears in the article’s first half) was “Berlin continued to focus its efforts on Tymoshenko [whom the Ukrainian government had imprisoned on a corruption conviction, but Merkel — like Obama — was insisting that she be freed from prison], it failed to recognize the real danger: The Russian Federation’s power play.” The only actual “power play” that the article describes from Russia was “the Russian president explained just how deeply the Russian and Ukrainian economies are interconnected. ‘I was really surprised to learn about it,’ Yanukovych said.” Apparently, Putin’s “danger,” his merely “explaining” that, was, to the writers of the Spiegel ‘news’ report, a “power play.” The anti-Russian slant is blatant there.
In other words: This article’s writers, evidently, needed to find a way to present a negative view of Russia, and especially of Putin. Therefore, focusing their story and presentation around this particular blockbuster revelation (which went in the contrary direction) was out of the question for them — and especially for their employer.
So: now you know why Yanukovych, the very next day after his learning about the $160B price tag of the EU’s offer, turned it down, and also why this revelation is still news, more than a year later — just as it was news to me until I happened upon it only today.
Investigative historian Eric Zuesse is the author, most recently, of  They’re Not Even Close: The Democratic vs. Republican Economic Records, 1910-2010, and of CHRIST’S VENTRILOQUISTS: The Event that Created Christianity, and of Feudalism, Fascism, Libertarianism and Economics.
One of the significant sources of funds for the Cabal is the healthcare industry which registered a whopping $2.7 trillion in 2011, and is projected to soar to $3.6 trillion in 2016, in the US alone. We believe that this is just a conservative figure.
We can avoid using drugs, defeat any viral attack and scaremongering easily by knowing how to build our own comprehensive antiviral system. Find more about it here.