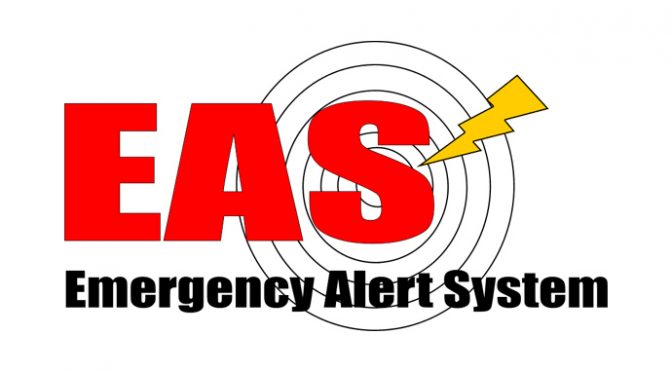 Just in case you missed this one. earlier in the day, FEMA was testing the public’s reaction to an emergency alert broadcast on TV.
It did created confusion as there’s no indication that it was just a test.

‘Emergency alert’ sparks panic among TV viewers across US
Published time: March 31, 2015 08:49
Edited time: March 31, 2015 13:57
The residents of about a dozen US states received a scare when an ominous message rolled across their TV screens announcing an ‘emergency alert’ with the names of their states – without any explanation or further information.
A test of the Emergency Alert System (EAS) began shortly before noon on Monday and was seen by millions of television viewers in Indiana, Kentucky, Maryland, Massachusetts, Rhode Island, Connecticut, New Jersey, North Carolina, South Carolina, Virginia and Washington, DC, Infowars reported.
READ MORE: March to martial law? Undercover Special Forces to sweep US Southwest
EAS is a special department run by the Federal Emergency Management Agency (FEMA), the Federal Communications Commission (FCC), and the National Weather Service (NOAA/NWS).
The alert interrupted regularly scheduled television programs for 10 minutes with a listing of affected states and an announcement that the alert would remain in effect until midnight.

Americans across the country took to social media to express a wide range of emotions – from bewilderment to panic – as the alert gave no indication that it was only a test.

Anyone else seeing this #emergencyalert on their TV right now?

The emergency alert follows shortly after reports that elite branches of the US military – including Green Berets, Navy SEALS and Special Operations from the Air Force and Marines – are preparing to hold military training in seven southwest states, with some troops operating incognito among civilians.

So the emergency alert system is going off on my tv. Listing a couple dozen states… And it doesn't say "this is a test…."

Operation Jade Helm, which is scheduled to kick off in July and run for eight weeks, will involve the participation of 1,200 troops in dozens of towns in Arizona, California, Colorado, New Mexico, Nevada, Texas and Utah.

#EmergencyAlert earlier, only #Infowars reported WTF! No mention of test anywhere, but we saw it. People Paniced. Not much on Google #ww3