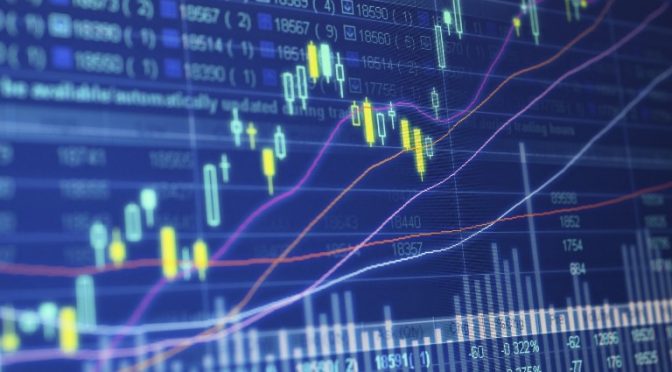 Any rectification to the inherently defective financial system is just another “Band-Aid” solution that will never solve the problem.
The problem is systemic and the only solution is to have a system that removes the strong motivation for profit and increases the incentive for striking a mutual benefit where each party consciously considers the advantage of the other.
All financial experiments that detour us from establishing such a system should now cease.
The current system imposes unnecessary restrictions or only provides limited access to resources that would have allowed anyone with the right idea to make it a reality that would eventually contribute to our collective development.
In other words, if more people could contribute something to the development of the planet because of the absence of restrictions imposed by money, where basic needs are transformed into basic satisfactions, we would have advanced already to a point where wars are shunned in favor of intellectual and cultural contests, labor giving way to play, and where diseases dissipate into physical immortality.
Russia’s plan to allocate 1 hectare of land to every citizen of the country, without any restriction to its use, is a huge step in the right direction. Latin America’s persistent clamor for the removal of U.S. military bases in the region is another.
There’s no right enough time for US taxpayers to demand the closure of all military bases around the globe than today, so that its own country could save a lot from a decreased military budget. You should do this before you’ll be completely left behind by the economic progress of your imagined enemies.
That is the only way an upward global progress trajectory could be sustained, not this simple patch up to a currency gushing black hole within a persistently sinking economic system that is keeping everyone in debt obscured slavery.

Global Currency Trading Principles Said to Be Ready for Release

(Bloomberg) — Central banks in the world’s biggest currency markets will publish on Monday principles of behavior and ethics for foreign-exchange trading, according to a person familiar with the document.
The “Global Preamble: Codes of Best Market Practice and Shared Global Principles,” inspired by a Financial Stability Board proposal in September, was ratified after consultations in eight markets around the world, according to the person, who asked not to be identified because the talks are private.
The global move to improve standards of behavior is part of an overhaul after allegations traders colluded to rig rates in the $5.3 trillion-a-day currency market. The list of principles was the first item for discussion at the annual global meeting of foreign-exchange committees that was hosted by the Bank of Japan on Monday, according to an agenda posted on the Federal Reserve Bank of New York’s website.
The delivery of the principles is on schedule after a consultation period that was slated to end this month. The proposal was circulated to local foreign-exchange market committees managed by central banks in Australia, Canada, Hong Kong, Britain, New York, Singapore, Tokyo and by the European Central Bank, which have backed the preamble, the person said.
In London, the world’s biggest currency market, the Bank of England’s Foreign Exchange Joint Standing Committee was presented the principles at a meeting on March 18 by the BOE’s Head of Foreign Exchange Michael Cross.

The FSB’s recommendations include requirements for systems and controls to develop and promote ethical behavior, and codes of conduct. In its Sept. 30 report, regulators had supported extending the width of the trading window used to calculate foreign exchange rates to five minutes from the one-minute windows in which the WM/Reuters rates, including the key 4 p.m. London fix, were being set.
The Wall Street Journal earlier reported that central banks had agreed on a set of guidelines for the currency market. It said that the principles would ban traders from sharing client identities and information and disclosing data that could allow someone to deduce that information.
To contact the reporters on this story: Jana Randow in Frankfurt at [email protected]; Craig Stirling in London at [email protected]
To contact the editors responsible for this story: Fergal O’Brien at [email protected] Craig Stirling, Dave Liedtka

By Alison Frankel
September 5, 2014
Daniel Brockett of Quinn Emanuel Urquhart & Sullivan knows as well as anyone what happened last year in the litigation over an alleged conspiracy to manipulate the London Interbank Offered Rate. You remember: In a true shocker of a decision, U.S. District Judge Naomi Reice Buchwald, who is presiding over Libor litigation consolidated in federal court in Manhattan, ruled that the alleged Libor rate-rigging didn’t give investors a cause of action for antitrust violations because the supposed conspiracy among Libor panel banks was not anticompetitive. For Brockett, who had been advising clients to bring Libor suits under securities and contract law, Buchwald’s ruling was an opportunity to push his alternative theory of how to recover for Libor manipulation.
So when I saw Brockett’s name at the top of an antitrust class action complaint filed Thursday in federal court in Manhattan – accusing 13 global banks of colluding to manipulate a different interest rate benchmark, the U.S. dollar ISDAfix – I suspected that the allegations would have been drafted with Buchwald’s Libor reasoning in mind. And so they were, according to Brockett and co-counsel from Robbins Geller Rudman & Dowd. In interviews Friday, Brockett and Patrick Coughlin and David Mitchell of Robbins Geller told me why they believe their ISDAfix antitrust allegations can withstand the judicial analysis that killed off (at least for now) Libor antitrust allegations.
The key difference between their case and the dismissed Libor claims, according to the plaintiffs’ lawyers, is that they accuse the banks involved in setting the ISDAfix benchmark of engaging in transactions in order to manipulate the rate. Libor rates were determined by averaging the rates reported by banks on the rate-setting panel. The ISDAfix benchmark – a daily measure of the fixed rate for interest rate swaps that affects the price of trillions of dollars of derivatives – is a reference rate that, like Libor, relies on submissions from panel banks. But when the markets operator ICAP calculated the rate during the time period at issue in the suit, it also took into account the average trading rate of interest rate swaps at 11 o’clock every morning. According to the complaint, the banks involved in the ISDAfix-setting process conspired with each other and ICAP to manipulate the trading rate through (among other things) engaging in high-volume, coordinated buying or selling just before ICAP’s daily 11 a.m. assessment. The complaint claims that bankers called such rate-rigging “banging the close.”
“In Libor, there was no connection to commerce,” said Mitchell of Robbins Geller. “Here, they’re affecting the benchmark through actual transactions.” Said Brockett: “This is price-fixing through actual transactions in the marketplace.”
Brockett also said that the banks involved in setting the ISDAfix rate had only one motive to manipulate it, in contrast to Libor panel banks. Libor is an average of banks’ costs of borrowing from one another. During the financial crisis, financial institutions that were concerned about appearing to be in trouble had an incentive to underreport their interbank borrowing rates, to make themselves seem to be in better shape than other banks really believed them to be. That reputational incentive, according to Brockett, complicated Libor antitrust claims against the banks, since it suggested a motive other than price-fixing for their supposed rate-rigging.
But the banks’ only reason to tamper with the ISDAfix rate, he said, was to boost profits or avoid losses on interest rate swaps, options and even more exotic derivatives pegged to the benchmark. So when banks allegedly conspired to meddle with the ISDAfix rate, he said, their price-fixing directly injured counterparties in interest-rate derivatives contracts.
Both Brockett and the Robbins Geller lawyers told me they’re anticipating bank defenses that mirror those in the Libor case, arguing that any manipulation of the ISDAfix rate wasn’t anti-competitive. Just in case the antitrust case is knocked out, the complaint also asserts claims under the Commodity Exchange Act, which governs trading in derivatives. (In the opinion dismissing the antitrust piece of the Libor litigation, Judge Buchwald spared some CEA claims.) “If it’s not an antitrust case, it’s commodities manipulation,” Brockett said. “But I think we have very respectable arguments for both claims.”
The alleged manipulation of the ISDAfix rate has been under investigation by the Commodity Futures Trading Commission for more than a year, but Thursday’s complaint is the first suit in which investors claim to have been injured in the supposed scheme. The 72-page complaint is notable for the detailed account, in handy chart form, that the plaintiffs’ economics experts supplied about the banks’ supposedly anticompetitive trading and rate reporting. (In addition to Quinn Emanuel and Robbins Geller, Scott + Scott and Bernstein Liebhard signed the complaint.)
Brockett told me he thinks the time and expense of investigating the alleged ISDAfix manipulation will dissuade other plaintiffs’ firms from piling on, but Pat Coughlin of Robbins Geller, who has been at this for a long time, predicted there will be follow-on suits that capitalize on this complaint. He did add, though, that said fewer institutional investors were affected by the supposed ISDAfix manipulation than by alleged Libor rate-rigging, so clients may be more scarce.
I’m sure the defendants will have some innocent explanation for the allegations detailed in the new suit. (My Reuters colleague Jon Stempel, who wrote about the filing on Thursday, contacted all of the defendants, 13 banks and ICAP. ICAP and 12 banks offered no comment; RBS didn’t get back to him.) I’ll let you know when the inevitable motion to dismiss hits the docket.
For more of my posts, please go to WestlawNext Practitioner Insights
One of the significant sources of funds for the Cabal is the healthcare industry which registered a whopping $2.7 trillion in 2011, and is projected to soar to $3.6 trillion in 2016, in the US alone. We believe that this is just a conservative figure.
We can avoid using drugs, defeat any viral attack and scaremongering easily by knowing how to build our own comprehensive antiviral system. Find more about it here.

We are updating our DNS to www.geopolitics.co to make it more descriptive to our discussions here. Our old www.eclinik.co is now pointing to our healthcare site.
Please update your bookmarks accordingly. Thank you very much.