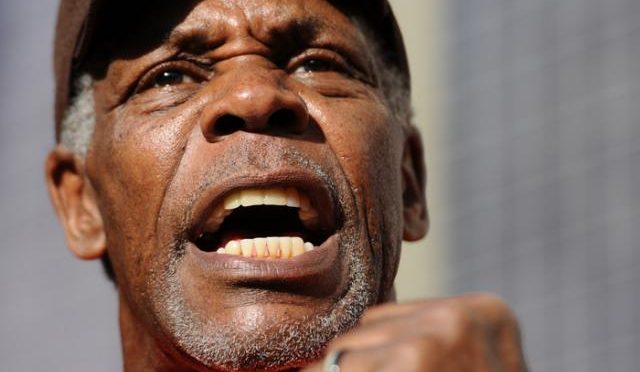 There’s another newly formed group that is seeking a better alternative to the present. They do have a very impressive roster of members.

However, the mere exploring of the next better system is just one thing. Putting words into action is another. And if one believes that the action must be done by a third party, or by those that have a stake and are dependent on the current system, that would be preposterous.
How many organizations out there that claimed to be working for you and yet nothing concrete has been accomplished? All they do is serve as society’s pressure valves so that a systemic failure,  i.e. the collapse of their own corrupt system, is mitigated.
It is therefore useless to hit the streets and demand the powers- that-be that “Hey, a new cute system has been chosen, we want you to implement this.”
That’s a recipe for disaster. One cannot expect a monster to kill itself.
Street and online protests won’t amount to anything other than making it though the headlines. Beyond that, a hijacking of the ranks would ensue and in the days after, silence and inaction follow; the organizers are getting richer.
The next system must be widely, thoroughly discussed and debated to perfection. There should not be any limit to the nature and amount of ideas to be explored. An online repository of these ideas must be made accessible in the same spirit as the Open Source software development. After all, any socioeconomic and political system is just another type of software that can best be developed through a wider participation.
Once the next system is properly and thoroughly defined down to the minutest detail, it must be implemented directly throughout the land without requiring the surrender of the present system. The surrender of the current system will involve civil war at most. But we can avoid the loss of lives by laying out the new system openly in all its aspects, declare it active and open for the public’s participation henceforth.
Each citizen will then have a choice to which system he is subscribing. To be more attractive, the new system must protect all its subscribers both in economic and military terms. Military protection should be easier for Americans to implement courtesy of its well-regulated militias.
Both the old and the new system will then stand according to their own merits.
To illustrate, if the new system includes the abolition of property registration for taxation purposes, then the people who subscribe to the new alternative system must stop paying taxes to the current corporate government. The current system calls this non-participation and non-compliance as “civil disobedience”.
The soonest possible that a new alternative, responsive system is in place and in parallel to the current, the soonest will the old system dies through its own parasitic tentacles.
The publication of new ideas and the implementation of a new system is a lot easier today due to the speed at which information can be transmitted. If the new system is implemented today, we could expect the current system to not last a week or two.
That’s how weak the current system really is.
We can do this today.
–
Below is the introduction of this new group to which we are not sure yet if this is another Cabalist maneuver. But we will monitor their progress…

‘It’s time to talk about alternatives,’ says team of thinkers behind the Next System Project
By Jon Queally, staff writer


“It’s time to talk about what’s next.”
“It is time for Americans to think boldly about … what it will take to move our country to a very different place, one where outcomes that are truly sustainable, equitable, and democratic are commonplace.”
Those are the words of academic and author Gar Alperovitz, founder of the Democracy Collaborative, who—alongside veteran environmentalist Gus Speth—this week launched a new initiative called the “Next Systems Project” which seeks to address the interrelated threats of financial inequality, planetary climate disruption, and money-saturated democracies by advocating for deep, heretofore radical transformations of the current systems that govern the world’s economies, energy systems, and political institutions.
As part of the launch, the Next Systems Project produced this video which features prominent progressive figures such as actor and activist Danny Glover, economist Juliet Schor, 350.org co-founder Bill McKibben, labor rights activist Sarita Gupta, and others:

According to the project’s website, the effort is a response to a tangible and widespread “hunger for a new way forward” capable of addressing various social problems by injecting “the central idea of system change” into the public discourse. The goal of the project—described as an ambitious multi-year initiative—would be to formulate, refine, and publicize “comprehensive alternative political-economic system models” that would, in practice, prove that achieving “superior social, economic and ecological outcomes” is not just desirable, but possible.
“By defining issues systemically,” the project organizers explain, “we believe we can begin to move the political conversation beyond current limits with the aim of catalyzing a substantive debate about the need for a radically different system and how we might go about its construction. Despite the scale of the difficulties, a cautious and paradoxical optimism is warranted. There are real alternatives. Arising from the unforgiving logic of dead ends, the steadily building array of promising new proposals and alternative institutions and experiments, together with an explosion of ideas and new activism, offer a powerful basis for hope.”
The mission statement of the project—articulated in a short document titled It’s Time to Face the Depth of the Systemic Crisis We Confront (pdf)—has been endorsed by an impressive list of more than 350 contemporary journalists, activists, academics, and thought leaders from various disciplines who all agree  the current political and economic system is serving the interests of “corporate profits, the growth of GDP, and the projection of national power” while ignoring the needs and wellbeing of people, communities, ecosystems and the planet as a whole.
The statement addresses the dire crisis that now confronts humanity, but also marks the important element of optimism which undergirds the project. It reads, in part:
The good news is that the inability of traditional politics and policies to address fundamental challenges has fueled an extraordinary amount of experimentation in communities across the United States—and around the world. It has also generated an increasing number of sophisticated and thoughtful proposals for transformative change. Together these developments suggest that it is possible to build a new and better America beyond the failed systems of the past and present. […]
It is time for Americans to think boldly about what is required to deal with the systemic difficulties facing the United States. It is time to explore genuine alternatives and new models—”the next system.” It is time to debate what it will take to move our country to a very different place, one where outcomes that are truly sustainable, equitable, and democratic are commonplace.
As part of the official launch, the team behind the project published a kick-off report—titled The New System Project: New Political-Economic Possibilities for the 21st Century (pdf)—which lays out the problems and the proposed set of solutions in more detail. Key goals of the project, as listed in the report, include:

Next month, as part of the project’s public engagement strategy, key members and supporters—including Alperovitz and Speth—will participate in an online webinar in order to expand the conversation about these ideas with people across the country.
According to Alperovitz and Speth, bringing people together around these ideas is one of the key aspects of the new project. As they note in an essay published on Common Dreams, “If we can roll up our sleeves and get organized and serious about really tackling the system question, about building a new system of political economy, there are grounds for optimism that deep and far-reaching change is possible.”
Let the conversation begin.

Reference: ABOUT THE NEXT SYSTEM PROJECT

One thought on “The Next System Project”