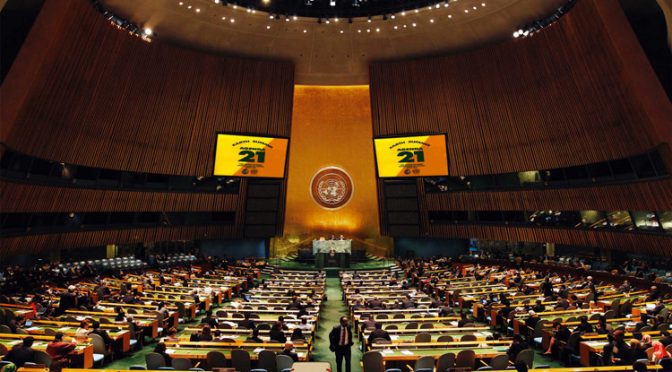 Yes, we have celebrated the creation of the China-led AIIB, the New Maritime Belt and Silk Road, but it doesn’t mean we are completely sold out to the whole scheme.

Until this very day and for as long as we have access to this medium, we will continue to remain vigilant on all the geopolitical activities of the entire planet. We all need to be.
The moment we let our guards down, the still existing NWO  minions will start creeping in once again to our detriment.
Don’t forget this: Even Netanyahu’s Israel has applied for membership to the newly established AIIB, i.e. the old players are still very much in the game.
Applicant Countries

The original AIIB founding members are:

We need to remind ourselves over and over again of the bigger plan. This Agenda 21 scheme will tie in nicely with the article “Technocracy: A Scientific Dictatorship“.  If you haven’t read that article yet, please do so and watch the video in its entirety.

“While liberal journalists continue to claim that Agenda 21 is just a “conspiracy theory” being advanced by right-wing crackpots, the International Union for the Conservation of Nature (IUCN) and the International Council for Environmental Law (ICEL) have released their fourth Draft of the International Covenant on Environment and Development. This document was designed from the beginning to convert the “soft-law” non-binding Agenda 21 into firmly binding global law – enforceable through the International Criminal Court and/or the dispute resolution features of the Convention on the Law of the Sea.

Two excellent analyses of this document are available here and here.

Few people understand that it is standard operating procedure for the U.N. to issue a massive non-binding policy document to test the water and make adjustments to its plans before introducing the real, legally binding treaty. For example, the 1948 Universal Declaration of Human Rights, a “soft-law” instrument, was the precursor to the two 1966 U.N. Covenants on Human Rights. The 1992 U.N. Framework Convention on Climate Change called for “voluntary” compliance. But at the first meeting of the Conference of the Parties to the Convention, the group agreed to create a Kyoto Protocol to the Convention that would set legally-binding targets for all member nations.”

He goes over the goals of these designs, which would make any freedom loving person gasp. Sustainable Development isn’t as it sounds, its not about “Sustainable” “Development”, its not about people being “self sustaining” and its not about “Development” as the American mind understands it.
You will learn about how they redefine words and give them new meanings to “fool” we the people. You will learn how poison is sold as sugar; basically that’s what’s going on.
Do you think your “private property” is an evil thing? Well the United Nations does. You will be amazed and upset at what is going on in the name of “saving the Earth”.
We all love the Earth, its our home, but some very powerful people understand that we do care and they have found that’s the best way to fool us towards their desires and against us.
Come and learn what is being played out today on mankind towards our very destruction towards the glory of a few fat cats who really don’t care about us or the world, only their “Vision” under themselves for the world, and its not very nice at all, in fact its very evil.

Agenda 21 — The Blueprint to Advance Sustainable Development by Daniel Beckett
One of the significant sources of funds for the Cabal is the healthcare industry which registered a whopping $3.09 trillion in 2014, and is projected to soar to $3.57 trillion in 2017, in the US alone. We believe that this is just a conservative figure.
We can avoid using drugs, defeat any viral attack and scaremongering easily by knowing how to build our own comprehensive antiviral system. Find more about it here.

9 thoughts on “The True Purpose of U.N. Agenda 21 "Sustainable Development"”