Russian President Vladimir Putin is holding his 13th annual Q&A session. He will answer the questions from people from all over Russia.

Nearly 2 million questions have been collected since April 9, according to the Kremlin spokesperson. At the conference starting at 12:00 Moscow time (9:00 GMT), Vladimir Putin is also expected to answer questions asked via live link-ups from across the country. The Q&A session, Vladimir Putin’s 13th in succession, will be broadcasted by the country’s major TV channels and radio stations.

Putin: How did you end up here? Was it a woman?
John indeed has a Russian wife. They got married 23 years ago.

Now we turn to "simple Russian farmer" John, who moved to Russia 23 years ago. He can't break even on milk sales. pic.twitter.com/un2bNs7MPK

Putin: I trust the figures.The question is what can we do to improve the situation. The government decided to increase subsidies for loans. I have already mentioned this measure. If everything were so bad, you would have given up years ago.
We, the government will have to increase the support specifically for the dairy industry. Milk productivity is low in the country. We are not very efficient. Of course there are some farms.

"I have no reason to disbelieve my statistics." #Putin to Farmer John. "If everything was so bad – you wouldn't be doing it!"

John says dairy production is critical.
Putin: You may think that we are not familiar with the real situation but we are familiar. We have to maintain the balance between different sectors. Agriculture is one of our priorities.

Farmers from Stepanovo village ask question on the agriculture sector

Putin: Our consumers want to have high quality goods. That’s why our goverment has adopted measures to support agriculture producers: measures of tax support, increased subsidies for loans taken by agricultural manufacturers.

Question from farmer: please do not cancel embargo or agriculture will be hurting in Russia.

We have also special support measures for small businesses in the agriculture sector. 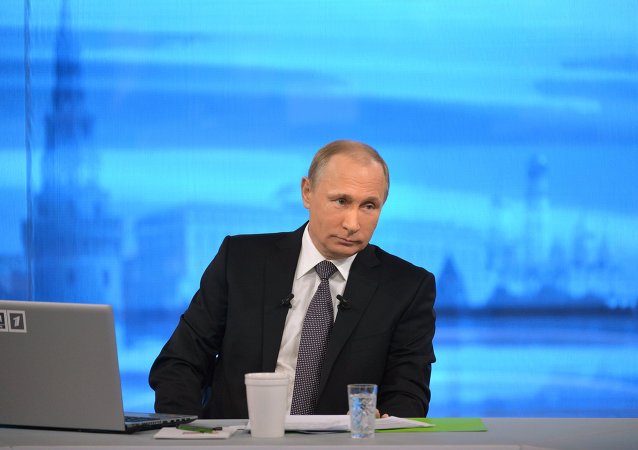 One of the significant sources of funds for the Cabal is the
healthcare industry which registered a
whopping $3.09 trillion in 2014, and is projected to soar
to $3.57 trillion in 2017, in the US alone. We believe that
this is just a conservative figure.
We can avoid using drugs, defeat any viral attack and
scaremongering easily by knowing how to build our own
comprehensive antiviral system. Find more about it
href=”http://myecli