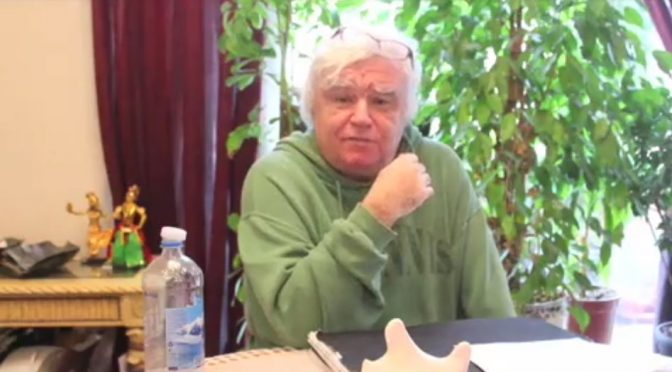 Here’s the latest from the Keenan Group…

April 19, 2015 / Keenan Team | GroupK
How long have we spoken of how the East has to separate itself from the West?  Finally they begin to do just that.
We have been right on the money for years regarding such a separation, but one always has to keep a close eye on their own people and nations.  The West knows we have to keep our eyes wide open on those who have previously invaded and temporarily taken our nation from us.
The Western Hemisphere is in a free-fall.  The secret societies are exposed and they realize they must get out of Dodge before it is too late.
They are falling apart little by little, and the Global Elite are leaving America as fast as they can.
More and more people are moving to places like Costa Rica and New Zealand, but I believe that there is no place remote enough to evade our “long arms.”  They are relocating simply because they are being soundly beat.  Yes, they still have the wherewithal of causing much damage, but this was to be expected from the very beginning.
To believe that a jubilee is possible with the Cabal still making decisions on how the world will be run, who owns assets and who doesn’t, is ridiculous! Why don’t we all just split up the assets belonging to China and Russia and say that this is all grand?
The Cabal/Global Elite are losing, folks.  They are moving around looking for new places to hang their hats.  Most recently the “World Economic Forum” (aka Davos) set up an Asian Conference in Jakarta, Indonesia.
Yes, they said they would bring their international investments with them.
Of course this means that Indonesia will soon be subject to take-over, as has happened to every country that they have ever invaded.
But don’t count on it quite yet.  We understand we must rid ourselves of them once and for all.  As they planned for us, we now must plan for them.
We no longer need them on our planet.  This is not their planet!  This is our planet!  We must stop them from changing locations because they will always remain a threat. We must finish this Now!
Indonesia does not warrant this, but there are a few who can be bought, and one major corrupt company is the Lippos Group.  They will soon have Monsanto and tainted pharmaceuticals.
Add to this the alarming acceleration of burning large areas of Indonesian forests to make way for illegal palm-oil tree plantations.  Indonesia is being decimated on every front in these psychopaths’ agenda to achieve worldwide depopulation.
In other words, the people of Indonesia are doomed and this is just the beginning.
They have many disguises and many names but let’s just use this one:
The World Economic Forum (WEF) – they are the Bilderbergs, Committee of 300, Club of Rome, Hidden Hand, etc. There is no other way to put it: they are evil personified!
A strong critic of the World Economic Forum (WEF) is Noam Chomsky who reminds us that the WEF came up with the term “globalization” as a propaganda cover for favoring the interests of central bankers and investors over the needs of humanity.
Professor Emeritus at MIT, Noam Chomsky is an American linguist and outspoken intellectual who points out “globalization” as it is used in connection with WEF’s trade policies:
“The dominant propaganda systems have appropriated the term ‘globalization’ to refer to the specific version of international economic integration that they favor, which privileges the rights of investors and lenders, those of people being incidental.
In accord with this usage, those who favor a different form of international integration, which privileges the rights of human beings, become ‘anti-globalist.’
This is simply vulgar propaganda, like the term ‘anti-Soviet’ used by the most disgusting commissars to refer to dissidents. It is not only vulgar, but idiotic. Take the World Social Forum, called ‘anti-globalization’ in the propaganda system—which happens to include the media, the educated classes, etc., with rare exceptions.
The WSF is a paradigm example of globalization. It is a gathering of huge numbers of people from all over the world, from just about every corner of life one can think of, apart from the extremely narrow highly privileged elites who meet at the competing World Economic Forum, and are called ‘pro-globalization’ by the propaganda system.
An observer watching this farce from Mars would collapse in hysterical laughter at the antics of the educated classes.”
We are pushing them out of our hemisphere and now we need to keep them out of Asia.  We must eradicate them once and for all.
This is our job – to rid the world of these insane creatures who believe they are elite, who believe that they deserve to control the planet and who believe that there is no place for the common man except as a slave.
WE must take back our planet.
NEIL KEENAN
[Please see additional comment below videos]

Please be aware that I have not been able to fly to Indonesia with my team for the interview.
Unbeknownst to me our usual airline flights have been cancelled on Thursdays, Fridays and Saturdays; thereby requiring the Interview to be re-scheduled for my arrival in the very near future.
I hate like hell to miss out on this opportunity to confront the World Economic Forum (WEF) on what I consider to be home turf but after discussing the problem with many Family members we all came up with the same conclusion, that being; let the WEF continue with their conference, let them talk and let them make mistakes – and then attack them with their own mistakes.
I also have been advised to send the video statement above to President Jokowi of Indonesia, Television Network Metro in Indonesia and The Jakarta Globe – so they also may pursue this matter before I arrive.
My interview will be arranged upon my arrival but I will have an opportunity to listen to the WEF and what was said at their conferences.
All the best and do not despair many of them will still be there upon my arrival and will feel our wrath.
Copyright © 2015, GROUP K, Ltd.
One of the significant sources of funds for the Cabal is the healthcare industry which registered a whopping $3.09 trillion in 2014, and is projected to soar to $3.57 trillion in 2017, in the US alone. We believe that this is just a conservative figure.
We can avoid using drugs, defeat any viral attack and scaremongering easily by knowing how to build our own comprehensive antiviral system. Find more about it here.