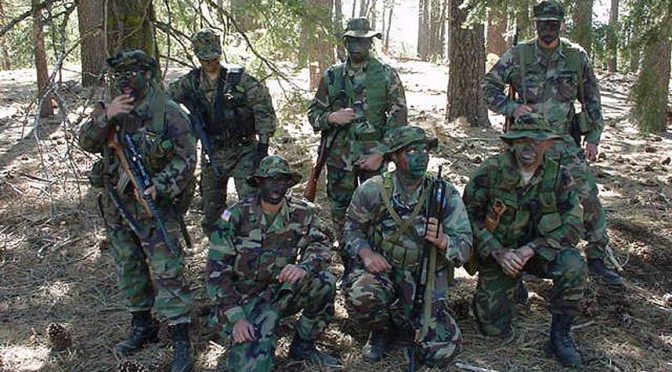 Over the years we have learned how to correctly interpret mainstream news and government language.
So, when a report such as the one below came out from CNN dissecting a purported intelligence assessment made by DHS recently saying extremism is on the rise lumping the “rightest militia groups” with Israel-Saudi-CIA’s own ISIS terrorists in one category, this could mean that the US government is not taking the mushrooming internal dissent from the freedom movement ever so lightly. 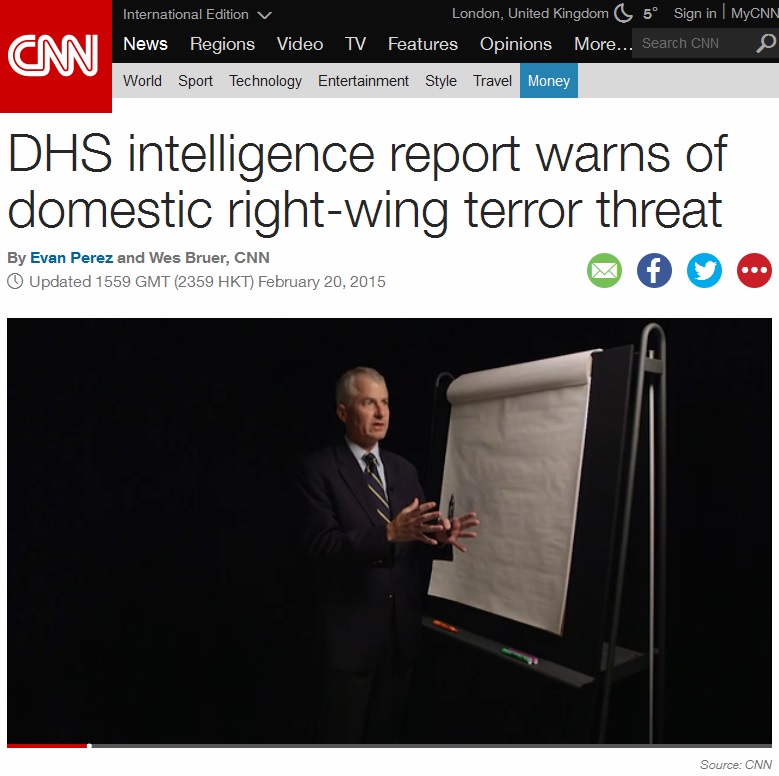 A new intelligence assessment, circulated by the Department of Homeland Security this month and reviewed by CNN, focuses on the domestic terror threat from right-wing sovereign citizen extremists and comes as the Obama administration holds a White House conference to focus efforts to fight violent extremism.

Some federal and local law enforcement groups view the domestic terror threat from sovereign citizen groups as equal to — and in some cases greater than — the threat from foreign Islamic terror groups, such as ISIS, that garner more public attention.​

The Homeland Security report, produced in coordination with the FBI, counts 24 violent sovereign citizen-related attacks across the U.S. since 2010.

The government says these are extremists who believe that they can ignore laws and that their individual rights are under attack in routine daily instances such as a traffic stop or being required to obey a court order.

They’ve lashed out against authority in incidents such as one in 2012, in which a father and son were accused of engaging in a shootout with police in Louisiana, in a confrontation that began with an officer pulling them over for a traffic violation. Two officers were killed and several others wounded in the confrontation. The men were sovereign citizen extremists who claimed police had no authority over them.

Among the findings from the Homeland Security intelligence assessment: “(Sovereign citizen) violence during 2015 will occur most frequently during routine law enforcement encounters at a suspect’s home, during enforcement stops and at government offices.”

The report adds that “law enforcement officers will remain the primary target of (sovereign citizen) violence over the next year due to their role in physically enforcing laws and regulations.”

The White House has fended off criticism in recent days for its reluctance to say the words “Islamist extremism,” even as the conference this week almost entirely focused on helping imams and community groups to counteract the lure of groups like ISIS.

Absent from the White House conference is any focus on the domestic terror threat posed by sovereign citizens, militias and other anti-government terrorists that have carried out multiple attacks in recent years.

An administration official says the White House is focused on the threat from all terrorists, including from sovereign citizen and other domestic groups.

“I don’t think it’s fair to say the (White House) conference didn’t address this at all,” the official said, adding that President Barack Obama addressed the need to combat “violent ideologies” of all types.

An official at the Justice Department, which is leading the administration’s counter-radicalization effort, says many of the tactics aimed at thwarting radical Islamic recruitment of young people can also be used to fight anti-government extremist groups.

While groups like ISIS and al Qaeda garner the most attention, for many local cops, the danger is closer to home.

The survey was part of a study produced by the University of Maryland’s National Consortium for the Study of Terrorism and Responses to Terrorism.

Mark Potok, senior fellow at the Southern Poverty Law Center, said that by some estimates, there are as many as 300,000 people involved in some way with sovereign citizen extremism. Perhaps 100,000 people form a core of the movement, he said.

The federal government’s focus on the domestic groups waxes and wanes, Potok said, in part because the threat from foreign groups like al Qaeda and its affiliates.

Potok says sovereign citizen groups have attracted support because of poor economic conditions. Some groups travel the country pitching their ideology as a way to help homeowners escape foreclosure or get out of debt, by simply ignoring the courts and bankruptcy law.

The report was produced by staff members during the Bush administration but wasn’t published until then Homeland Security Janet Napolitano had taken office. Napolitano criticized her own agency for the report.

Throwing these freedom groups into the same category as the fanatical mercenary group like ISIS gives the government a pretext to respond without due process but with full military force.
These legitimate freedom fighters would then have to deal with a fully equipped adversary that may or may not be willing to fire a single shot unless they belong to the private army now known as the Academi instead of the patriot group, the Oathkeepers.
However, the fearmongers continue to spread about foreign troops planning to enter the US for purposes of enforcing Martial Law. Let it may made clear that the US as it is today is already under a fascist regime.
If foreign troops do enter the US it would be for the purpose of rounding up the Satanists and setting the people free.
The ongoing progressive geopolitical and economic programs that are being implemented can prove that the East is not trying to dominate the world militarily but is only seeking to create a planet of peace, harmony and plenty for everyone.
The sovereign groups need to continue their grassroots counter-indoctrination programs and the militia, their recruitment  efforts.
This war is already in the people’s favor. The fight for freedom must be pursued to its desirable conclusion.
One of the significant sources of funds for the Cabal is the healthcare industry which registered a whopping $3.09 trillion in 2014, and is projected to soar to $3.57 trillion in 2017, in the US alone. We believe that this is just a conservative figure.
We can avoid using drugs, defeat any viral attack and scaremongering easily by knowing how to build our own comprehensive antiviral system. Find more about it here.

5 thoughts on “Sovereign Groups and Militia Uprising Alarm US Cabal”