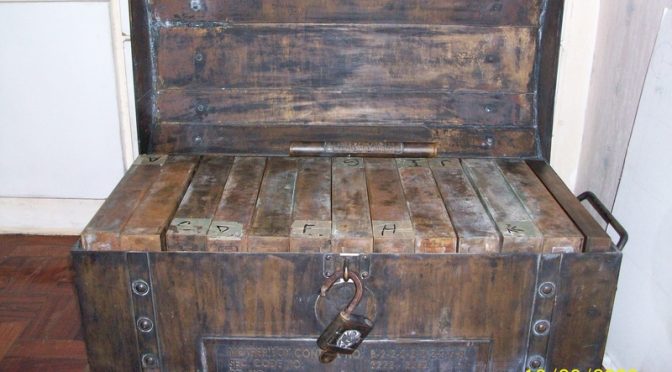 https://www.youtube.com/watch?v=4GSLEemCvV0&w=560&h=315
Video  Description [Google translation]:
Reality, Wednesday (08/13/2014): The reality of this episode to discuss the theme “Hokey-Hokey Inheritance Bung Karno”. Sukarno, Indonesia’s first president’s name is so well known in the international arena. Bung Karno big names often associated with a treasure trove of government of the Republic of Indonesia, Bung Karno touted ever deposit and deposit Indonesian nation’s wealth in the form of gold bars weighing 57 thousand tons to the State Treasury in the Green Hilton agreement with US President John F. Kennedy. Editor: RZS