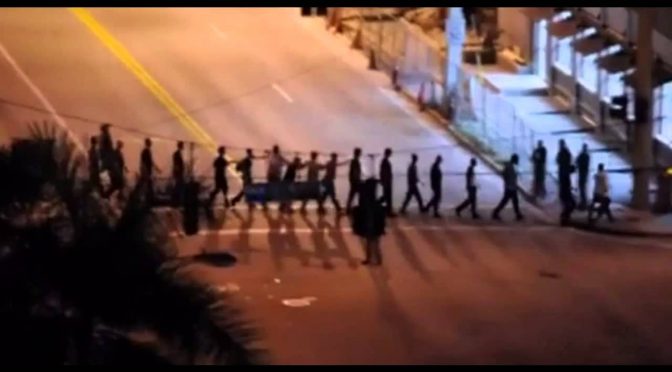 The JADE HELM 15 presentation to commissioners will be held in the Commissioners Courtroom at 804 Pecan St., 2nd floor, and is open to the public. The meeting starts at 9 a.m., the military training presentation is scheduled for 11 a.m. (Bastrop, Tx)

By Gordon Duff, Senior Editor
The US Army, in response to an internet hoax, is having a public informational meeting and presentation on Operation Jade Helm.  Everyone is invited.  I think one can safely assume, based on this move alone, that there will not be martial law and gun confiscations across the US as stated in hundreds of websites.
A white supremacist publication headlined VT as a “Jewish run publication” and cited how we were working with the US Army to seize America’s guns and imprison 10 million people in secret tunnels under Walmart Stores.
What is interesting, of course, is that the US Army has, for the first time in decades, a strong command structure that respects the constitution and is comfortable with being at odds with Israel.  The first time the military goes “America first,” they come under attack in a bizarre hoax easily traced to the Israel lobby and their “strange bedfellow” cardboard lothario “Jew hating” neo-Nazi friends.
Sometimes you can’t tell the players without both a scorecard and IQ above room temperature.
Will America’s lunatic fringe show up at the Backstrop County Courthouse for the pubic briefing on Jade Helm?  Will Alex Jones and company, Hannity and the gang from the circus at “Bundy Ranch” show up with guns?


Though they don’t admit it, the Army has to have considered that the militia groups being recruited by Jade Helm hoaxers, some with tons of mysterious cash, may well open fire on any American in uniform anywhere in the country.
What the Army has done, though they are also unaware, is save the alternative press.  The way things are going, with so many amateur bloggers, generally up to their necks in selling phony cancer cures, male “vitality” formulas and “prepper” gear, people who will carry any story that will promote their often useless and defective commercial garbage, killing the Jade Helm hoax may save some less careful independent news sites from meltdown.
What can’t be saved, however, are those who have jumped in with both feet.  By April 27, they either pretend they were just kidding or take lying to a whole new level.
Either way, they are toast.

Posted by Gordon Duff, Senior Editor on April 18, 2015
Remember the UN invasion? Remember Alex Jones’ 20,000 imaginary Russian troops?
There may well be a National Guard exercise called “Jade Helm.”  Thus far, no one has seen anyone, nothing has happened and we can assure you this, nothing will happen.  The whole thing is a hoax, part of the grand “fear porn” game.
Anyone spreading wild Jade Helm rumors, originated as Zio-Neocon talking points sent out to their paid bloggers, is going to have to sit in the corner with a tin foil hat for some time. We are talking a dozen states with 1200 of our own troops.  Were it 60,000 we would at least see a rise in business at fast food restaurants and whore houses.
But, I did see Paul Watson, head shill of “DisInfoWhores” warning us of martial law and, of course, the giant ISIS training camp just across the Rio Grande. Why would people make things like this up?  What do they have to gain in attacking the US government?
By attacking our military, branding their training exercises as preludes to alien invasion and inciting people to abuse or even kill our own kids in uniform, the Neocon right and their Zio masters are having a good laugh.
This isn’t the first time we have had a phony crisis like this, no, we get one every few months.  When martial law isn’t declared, when our right wing nutcases, who are far more dangerous than an army of bible thumping FBI agents, aren’t locked up in the backrooms of shuttered Walmart stores, who is going to apologize?
Here is what I suggest; jot down all the predictions, martial law, the ISIS invasion from Mexico, gun seizures and even the alien invasion.  When its all over, and it may well be over already, let’s ask the geniuses who have connected the non-existent dots where, exactly, they got their information from?
We already know but this is just for fun. Here is what we expect at VT.  There will be a very small training exercise, just like the dozens run every year.  Troops will be visiting Texas, eating great chili and drinking cheap beer.
Those who still have their senses about them will remember that this is our army, that these are our kids, that some of them have been through hell fighting Israel’s enemies, and we are going to treat them with the respect they deserve.
Were Ted Cruz or that nutcase from Tennessee in the White House, I might have a moment or two, but even then I would use common sense.  Nothing has happened.  Everything I have seen in print has been preposterous, delusional and total crap.
Now, if you have nothing else to do, your TV doesn’t work and you can’t find your comic books, then do go hide in your basement until it all blows over.
Hey, thanks for listening.
Note from Editor Jim W. Dean: What we are seeing with this folks, once again, is an attack on alternative media. It is a textbook media psyops that goes by the term, “Poison the well.”  “They” have their hooks deep into Alt media, as they never could have let it remain independent and a solid counter to MSM. Do they every invite the likes of Gordon or I, or Mike Harris or Fetzer to debate their shills on their networks? No… never… and for a good reason. It would not work out for them so well.  But no dummies they, for short money (compared to regular media) they have shown they can drop stuff like this on us and it will take off like wildfire. Sure, their operatives are to blame, but so is the gullible audience, as there have been a long history of these.  I remember way back when, the militia story (ADL maybe) about 2000 “barefoot” African troops at a military base in SC, Charleston I think, in a warehouse complex of UN-painted armored vehicles… the “advance guard” of a black invasion under NATO. That was my real first exposure as to how stupid Johnny lunch bucket could be… off the charts stupid.  “They” used to use small fry, throw-away talent for stuff like this because there is an endless supply of them. But the evolution of Disinformation Planet and head psyops kahunaa you know who was ever more aggressive, as it showed they could even come out of the shadows to do this in plain sight. And despite their very spotty track record, the audience is still there. So the problem is not them, but the audience. Please share your thoughts as to why so many people could be so stupid as to believe this silly stuff. The worst part about it is when “they” view us as advanced plantation animals, who deserve the appropriate right for their real position on the food chain… they have some justification, due to these Pied Piper idiots. I think they should all have tatoos on their forehead… Jade Helm – 2015

As far as the “Third World” is concern we are moving forward whether the West likes it or not.
One of the significant sources of funds for the Cabal is the healthcare industry which registered a whopping $3.09 trillion in 2014, and is projected to soar to $3.57 trillion in 2017, in the US alone. We believe that this is just a conservative figure.
We can avoid using drugs, defeat any viral attack and scaremongering easily by knowing how to build our own comprehensive antiviral system. Find more about it here.