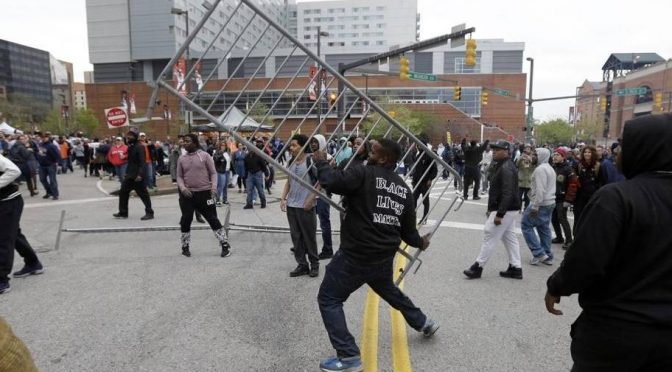 Baltimore has been burning when Blacks resorted to rioting and some looting to protest one Freddie Gray’s untimely death at the hands of the police.

But protesting is not the same as rioting and looting, so this conscientious mom has to do the right thing…
https://www.youtube.com/watch?v=1kTWqfeJHZE&feature=player_detailpage
Yeah, she does deserve the “Mom of the Year” award 😉
The final scene shows the son and mom, despite the distance between them, heading away from the riot together.
https://instagram.com/p/1_Ym6XAixw/embed/captioned/?v=4
Seriously, events such as this could be used for Martial Law declaration. There’s a better way.