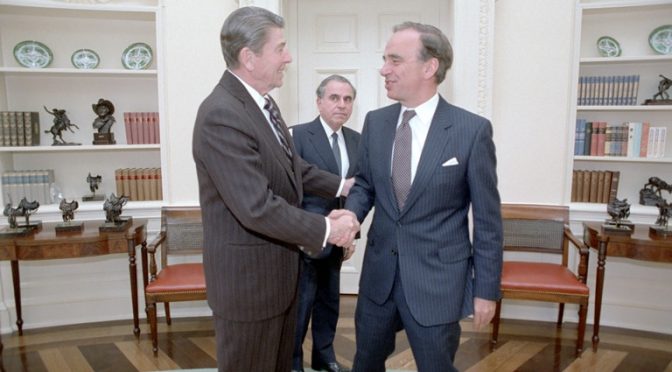 Special Report: In the 1980s, the Reagan administration pioneered “perception management” to get the American people to “kick the Vietnam Syndrome” and accept more U.S. interventionism, but that propaganda structure continues to this day getting the public to buy into endless war, writes Robert Parry.
By Robert Parry, December 28, 2014
To understand how the American people find themselves trapped in today’s Orwellian dystopia of endless warfare against an ever-shifting collection of “evil” enemies, you have to think back to the Vietnam War and the shock to the ruling elite caused by an unprecedented popular uprising against that war.
While on the surface Official Washington pretended that the mass protests didn’t change policy, a panicky reality existed behind the scenes, a recognition that a major investment in domestic propaganda would be needed to ensure that future imperial adventures would have the public’s eager support or at least its confused acquiescence.

One thought on “The Victory of ‘Perception Management’”