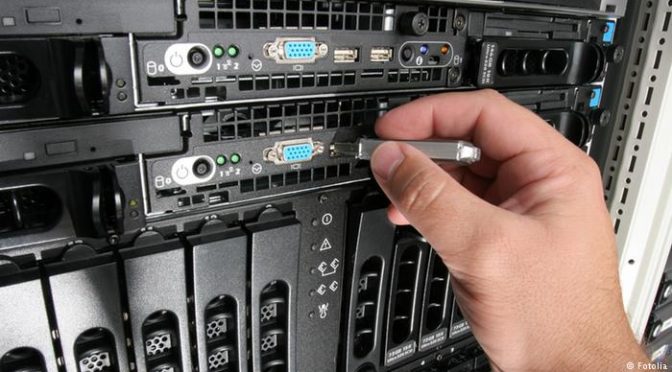 Industrial business interests within a capitalist system thrive on skillful strategies founded on exclusive access to vital information about the market and its players. The ability to dominate a given market is thrown heavily in favor of those who have the right tools to eavesdrop on the competition, and there’s no more capable surveillance mechanism than those under the control of the state.
Whoever controls the state’s surveillance mechanism definitely controls how the deck is shuffled. With all aces in hand, how can one ever lose?
We have been told that mass surveillance is being directed against potential terrorists and on the people to create an Orwellian world bereft of privacy and self-determination. It is true and highly condemnable, but that’s not where the story ends. It’s just for the consumption of the inquiring public and those stupid politicians.
The true prime incentive is not to be able to control our individual “worthless lives” but to have a firm grip on how a sovereign nation advances in terms of politics, economics, science and military. Once they have the authority to access the data infrastructures, there’s no physical, psychological, and moral limit of how far the actual surveillance goes.
Having all the critical information relevant thereto, the spying nation could readily sabotage plans and ongoing projects in real time, thereby gaining full control of the victim’s whole economic biosphere, e.g. the destruction of sovereign industrial manufacturing capabilities which is directly tied to its military capabilities, can make an entire nation vulnerable to all sorts of attack effectively putting the latter under its mercy. This will give substantial advantage enough to influence the whole geopolitical landscape.
This is what’s happening in Europe through Merkel’s cooperation with the NSA.
The Merkel Government is under fire. It attempts to divert culpability to the Chinese and Russians.

Nearly half of German businesses have been attacked at least once by hackers or cyber spies, a new survey has revealed. The thieves are out to steal innovations and know-how, causing billions of euros in damages.

.
Every year, industrial espionage costs German businesses around 11.8 billion euros ($16 billion), according to a survey released Monday by the German security firm Corporate Trust.
Every second company in Germany has faced attacks – whether successful or not – with more than three-quarters of those surveyed registering financial losses as a result.
Corporate Trust said the survey reflected answers from 6,767 companies, some 40 percent of which estimated the damage from espionage had cost them anywhere from 10,000 euros to 100,000 euros.
Twelve percent said they lost more than 100,000 euros, and 4.5 percent said they lost more than 1 million euros.
The report, titled “Industrial Espionage 2014,”
Innovation in focus
Innovative companies with a large global market share were targeted most frequently, the report said, with automobile, aerospace, machine tools and ship building sectors sustaining 22 percent of registered hacker attacks.
“These sectors of German industry are renowned worldwide for high quality and permanent innovation, and need to be especially protected,” said Christian Schaaf, the head of Corporate Trust’s research team.

Other big industries targeted by spying included the pharmaceutical and chemical sectors, as well as biotechnology firms, the survey showed.
Most attacks were carried out by hackers who set their sights on cyber security loopholes in companies’ IT systems. But other, more conventional methods were also used.
Some spies had eavesdropped on telephone conversations or intercepted e-mails to siphon off sensitive information, while others negotiated private contracts with employees.
Informants accounted for 33 percent of espionage cases, the report said, making efforts to raise staff awareness an important aspect in prevention.
Spying hotspots
According to the survey, about 38 percent of the attacks originated from Asian countries, but suggestions that China was leading the charge in industrial espionage were not substantiated.
Thirty-two percent of the attacks came from hackers in former Soviet countries, while 31 percent came from Eastern Europe.
But the report also revealed that North American hackers were increasingly making a name for themselves and about 21 percent of attacks had originated there.
“More and more firms have come to realize that domestic attacks and those carried out by states deemed friendly to Germany have accelerated,” Schaaf said, noting that 29 percent of attacks against German companies came from within Germany.
uhe/cjc (dpa, www.corporate-trust.de)

Reuters Sunday 3 May 2015 11:24:56 PM
BERLIN (Reuters) – Germany’s top public prosecutor will look into accusations that the country’s BND foreign intelligence agency violated laws by helping the United States spy on officials and firms in Europe, including Airbus group, the federal prosecutors office said.
A spokesman for the prosecutors office confirmed weekend media reports that an investigation had been launched as opposition politicians demanded more information about the unfolding scandal from Chancellor Angela Merkel’s government.
“A preliminary investigation has been started,” the spokesman said. In a related development, federal prosecutor Harald Range himself will be questioned by a parliamentary committee looking into the affair in Berlin on Wednesday.
Der Spiegel magazine said the BND helped the U.S. National Security Agency over at least 10 years, embarrassing Germany and upsetting many in a country where surveillance is a sensitive topic due to abuses by the Nazis and the East German Stasi.
The magazine also reported that in 2013 the BND ordered staff to delete 12,000 internet “selectors” — IP addresses, email addresses and phone numbers of German government officials — that it had been tracking for the NSA.
Opposition members of parliament for the Greens and Left party have requested more information from Merkel’s government about the BND’s assistance to the NSA. German media said there were indications EU governments and agencies, especially France, were the targets of the BND’s spying for the NSA.
“This appears to be reaching a criminal dimension,” Christian Stroebele, a senior Greens member of parliament, told the Rheinische Post newspaper.
Airbus Group AIR.PA said on Thursday it planned to complain to the German authorities over reports that the country’s foreign intelligence agency had helped the United States to spy on it and other European firms.
At the heart of the controversy is the scope of cooperation between the BND and NSA that began in 2002 after the September 11, 2001 attacks — and how long the Chancellor’s office was aware of BND’s activities on behalf of the NSA.
It is an especially touchy issue in Germany because Merkel and many Germans reacted strongly in 2013 to reports that the NSA had long been tapping Merkel’s cell phone. “Spying among friends is not at all acceptable,” she said at the time.
(Writing by Erik Kirschbaum; additional reporting by Matthias Sobolewski; editing by Ralph Boulton)


The German opposition is threatening legal action against the government unless it shares detailed information on the extent of ties between the German BND and the NSA. Meanwhile Germany’s top prosecutor has launched an investigation into the latest leaks
“Merkel has to show now whether she wants to explain it or cover it up,” Konstantin von Notz, MP of the Green party told DPA. Meanwhile Green leader Martina Renner warned of a possible lawsuit if the government fails to investigate the issue.
Another member of the opposition Left Party also requested more information from Merkel’s government, in particular Interior Minister Thomas de Maiziere and Foreign Minister Frank-Walter Steinmeier about the BND’s “assistance” to the NSA.
“This appears to be reaching a criminal dimension,” Christian Stroebele, a senior Greens member of parliament, told the Rheinische Post newspaper.

​BND helped NSA spy on EU politicians & companies ‘against German interests’
“If we do not get an insight, it means that the spies, who broke the law, are protected,” Martina Renner of the Left party said. The government “has to decide, whose side it is on.”
Some members of the CDU’s ruling coalition partner, the Social Democrats (SPD), have called for de Maiziere’s resignation.
According to reports based on Edward Snowden’s leaks, the BND has collaborated with the NSA for at least a decade. It engaged in industrial and political espionage, with targets ranging from Chancellor Angela Merkel to the French government and the European Commission – and it has allegedly shared at least some of the information with the American colleagues.
Airbus has already threatened a lawsuit over matters pertaining to industrial espionage since the revelations. “We are alarmed because there is concrete suspicion of industrial espionage,” the European aviation consortium said. 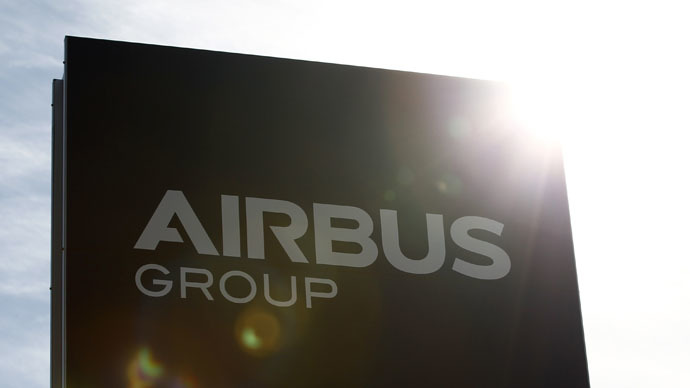 Airbus goes to court over reports of NSA/BND espionage
The controversial spying issue has been at the center of debate in Germany since the scandal first made headlines in 2013. People took to the streets to protest against government surveillance practices. Yet despite a loud reaction from the government, very little has been done to openly investigate and punish those responsible.
In light of the criticism and a call for action by the opposition, the German federal prosecutors office said, that it will look into the accusations. “A preliminary investigation has been started,” the spokesman for the prosecutor’s office said Sunday.
In March 2014, the Bundestag established a parliamentary committee to investigate US surveillance activities in Germany. Yet German authorities failed to do anything to seriously address the issue. The parliamentary investigators have demanded a draft of the government’s spy list by Thursday, DW reported.

In this capitalist and monetary-based system in general, there are no saints and angels of course. Everybody is out on every other’s neck and only the shrewdest will survive.
Well, we all have the capacity to be cruel but it’s just that not everyone is willing to hurt another. Satanists view this unwillingness to inflict pain as a weakness, but we consider it wisdom.
We have a better choice. We have to change the rules. We need to change the system and create a world devoid of artificial pain and suffering.
One of the significant sources of funds for the Nazionist Khazarian Mafia is the healthcare industry which registered a whopping $3.09 trillion in 2014, and is projected to soar to $3.57 trillion in 2017, in the US alone. We believe that this is just a conservative figure.
We can avoid using drugs, defeat any viral attack and scaremongering easily by knowing how to build our own comprehensive antiviral system. Find more about it here.

One thought on “Industrial Espionage: The Prime Incentive for Mass Surveillance”