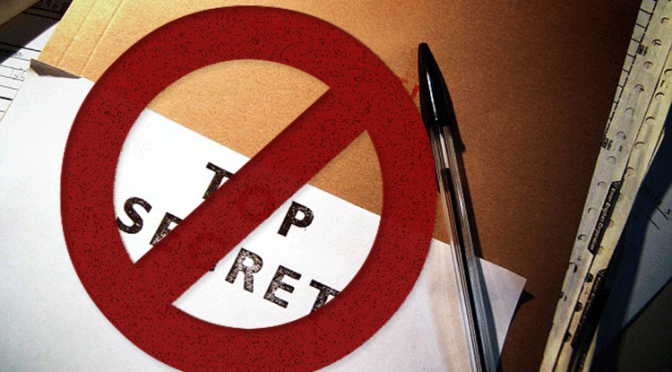 Just when the world was at the pinnacle of its own destruction, ruled through multilayer of secret doctrines by men with cloak and daggers, came three distinct individuals whose identities were quickly overshadowed by the sheer significance of their actions.
The day they were born was the day the empires hoped would never come.
Oh, how we owe so much to these few extraordinary souls, we can only offer to honor them with the same insatiable thirst for truth and hunger for knowledge, carry our own torch with the same passion for social justice through the total eradication of state secrets.
Together, we are changing the rules of the game.

Holy Trinity of Whistleblowers: Statues of Assange, Snowden and Manning go up in Berlin (VIDEO)


.
One of the German capital’s central squares has become the stage for a provocative art piece, which not only celebrates whistleblowers, but encourages other ordinary citizens to speak out.
“They have lost their freedom for the truth, so they remind us how important it is to know the truth,” Italian sculptor Davide Dormino told the media in Berlin’s Alexanderplatz.
The life-sized statues of the three whistleblowers stand upon three chairs, as if speaking in an impromptu public meeting. Next to them is a fourth, empty chair.
For Dormino, who titled his piece, Anything to Say? this is the centerpiece of the composition.
“The fourth chair is open to anyone here in Berlin who wants to get up and say anything they want,” he told Deutsche Welle.

Dozens of people, including children, have already overcome their fears, and stood up on the platform, some with a loudspeaker.
“People are saying many different things. From politics to babbling to silence, from people who desperately are wanting to help Julian, Bradley and Edward to people who have no idea who they are. This chair is, I guess, a place of free speech,” said Dormino.

Whistleblowers' statue in Berlin's Alexanderplatz. "The vacant chair is for *you*!" RT @areasteve pic.twitter.com/iJfOvQGMlf

Bradley Manning, who leaked US diplomatic cables in 2011, is serving a 35-year sentence in a military prison. Manning has since changed her gender to female, and is now known as Chelsea. However, she is presented in her former guise as a male US soldier in the composition. Julian Assange, who hosted Manning’s files on his Wikileaks website, remains in the Ecuadorian embassy in London, aware that leaving it may leave him exposed to extradition to the US. Former intelligence agent Edward Snowden, who revealed the intricacies and reach of NSA surveillance technologies, has been marooned in an undisclosed location in Russia for nearly two years. 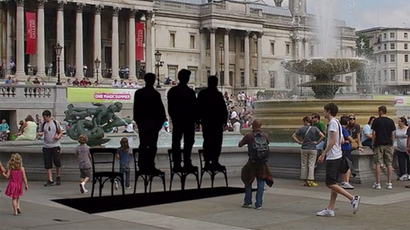 Courage is contagious’: Artist campaigns for Snowden-Assange-Manning monument
Dormino, who came up with the idea together with the US journalist Charles Glass, specifically chose a classical bronze statue for his depiction – and not an installation or abstract piece – since statues are usually made of establishment figures. For the Rome-based artist, this is an injustice – while men who order others to their deaths get immortalized, those who resist are often forgotten, so “the statue pays homage to three who said no to war, to the lies that lead to war and to the intrusion into private life that helps to perpetuate war.”
Dormino says he will now tour the world’s most prominent public places with his exhibit, recording the opinions or ordinary citizens across the globe. One place he may not be welcome is the US: an unapproved bust of Snowden, placed in a New York park last month, was removed within hours.
RT
One of the significant sources of funds for the Nazionist Khazarian Mafia is the healthcare industry which registered a whopping $3.09 trillion in 2014, and is projected to soar to $3.57 trillion in 2017, in the US alone. We believe that this is just a conservative figure.
We can avoid using drugs, defeat any viral attack and scaremongering easily by knowing how to build our own comprehensive antiviral system. Find more about it here.