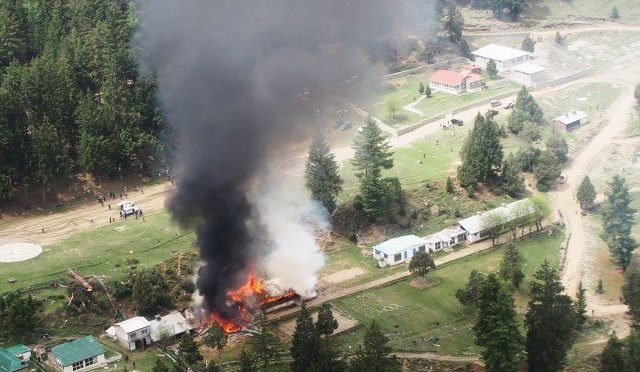 Joint tourism projects are one way of establishing good rapport and  constructive relationships between countries. It is sad that one of three helicopters, carrying 17 people, 11 of whom were foreign diplomats, crashed while on the way to an inauguration of a joint tourism project in Pakistan.
Pakistan is one of those countries lured into the destructive “war on terror” by the Bushes, but recently being invited into joining BRICS by China with $45 Billion in Chinese investments.
Among those who suffered fatal injuries was one Ambassador Domingo Lucenario Jr. of the Philippines, and very recently, this country participated in the 4th Moscow Conference on International Security (MCIS) held from April 16 to 17 at the Radisson Royal Hotel in Moscow.
Pakistan Prime Minister Sharif was also among those scheduled to attend the ceremony.
Is the incident really a terrorist attack by Taliban as claimed, or just an accident?
The Talibans have direct link to the Bushes and we think that the incident is a punishment against countries now joining the only constructive geopolitical group that’s hell bent on crushing Western Hegemony.
The Taliban claim is now being downplayed by the MSM…


“The Pakistani Taliban spokesman Mohammad Khorasani sent an email to journalists claiming the group brought down the helicopter with an anti-aircraft gun. “The target for this attack was the prime minister,” the statement said.
Although Gilgit-Baltistan has been hit by sectarian terrorism it is not an area where anti-state militant groups such as the Pakistani Taliban have a foothold.
The high-altitude terrain ofthe Karakoram mountain range poses inherent risks for aircraft, including the Russian-designed MI-17 prized by countries in the region for its relative simplicity, ease of maintenance and ability to operate at high altitudes.
The regional trip had started on Friday morning with a flight to the regional capital Gilgit in a C-130 aircraft. They were then moved on to the four MI-17 helicopters for their trip to Naltar and tour of the region known for its spectacular scenery. Pakistan hopes the region will become a key part of the major land route the country would like to develop with China, its northern neighbour.
Sharif had been en route to join his guests when news of the tragedy prompted him to return to Islamabad. He “expressed deep grief and sorrow” and announced a day of mourning, his office said.”
The Guardian
From New York Times Pakistan…

The ambassadors of Norway and Philippines and six others were killed when an army helicopter crashed in Naltar area of Gilgit on Friday, according to Inter-Services Public Relations (ISPR). 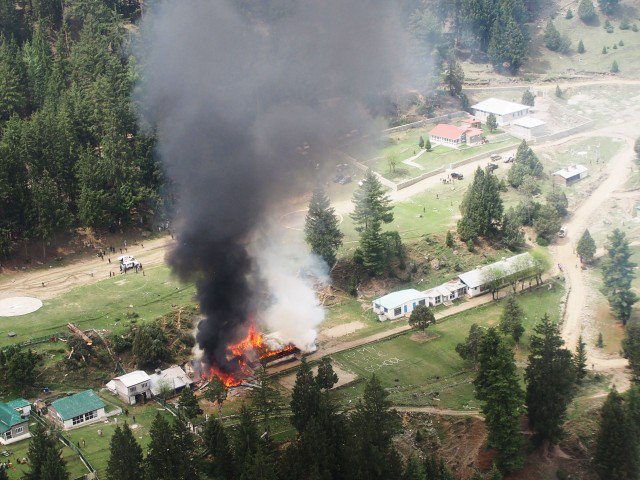 Norwegian envoy Leif H Larsen, Philippines ambassador Domingo D Lucenario Jr, wives of Malaysian and Indonesian ambassadors and two pilots were killed in the incident while Polish ambassador Andrzej Ananiczolish and Dutch ambassador Marcel de Vink sustained injuries. The Mi-17 helicopter crashed on a school, which officials said was closed at the time.
The delegation was on its way to inspect projects on a three-day trip to Gilgit-Baltistan where they were set to meet with Prime Minister Nawaz Sharif.
The military and Foreign Office said the crash was due to a technical fault while landing. “The matter will be investigated as initial reports suggest it was a technical fault,” the Ministry of Defence said in a statement.
A statement by the PM office said Nawaz was on a plane en route to the Gilgit area at the time of the incident, but turned back to Islamabad after news of the crash broke. The prime minister was due to inaugurate a chair-lift at a ski resort, one of the region’s top administrative officials told AFP.
The premier “expressed deep grief and sorrow” and announced a day of mourning, according to his office. Further, Army chief General Raheel Sharif also sent his condolences to the bereaved families.
Polish ambassador Andrzej Ananiczolish and Dutch ambassador Marcel de Vink were also injured, the army said. The Dutch Ministry of Foreign Affairs confirmed Vink’s injury.
The Indonesian foreign ministry in a statement confirmed the death of the ambassador’s wife, Heri Listyawati Burhan Muhammad, but said that Ambassador Burhan Muhammad was safe though he had sustained injuries.
It was one of the worst air crash in the history of the country since 2012 when a Boeing 737 passenger plane went down in Islamabad, killing 130 people.
In 1988, a plane crash killed then military-ruler General Ziaul Haq as well as the US ambassador at the time, Arnold Raphel.
A local police official on duty near the site told AFP: “I was watching the helicopters arriving, they were coming since the morning, it was their third or fourth trip.
“One helicopter suddenly whirling at its place and went down with a bang, then there were flames.”
An emergency medic who was deployed nearby ahead of the inauguration ceremony said the helicopter only exploded and caught fire after landing.
“The pilot was gesturing at us to come and help him. We rushed there, broke the windows, and started dragging people out.
“After some minutes, there was an explosion, injuring some of the medics too.”
Two other eye-witnesses interviewed by AFP also said they did not see the chopper being hit by a missile.
According to a list of passengers obtained by AFP, the ambassadors of Indonesia, Lebanon, Malaysia, the Netherlands, Romania, Norway, South Africa, the Philippines and Poland were scheduled to fly on the helicopter.
“It was a diplomatic trip with members of 37 countries in total,” said a passenger in one of the helicopters, who requested anonymity, concurring that the school had caught fire after the crash.
The passenger added that the air convoy was supposed to have included four helicopters but the number was later reduced to three.
The Russian-built Mi-17, used by air forces across the world, has had a patchy safety record in recent years.
In the city of Gilgit, the region’s administrative capital, some 50 kilometres to the southwest, a hospital official said the injured were carried on stretchers to the emergency ward of the Combined Military Hospital.
Before takeoff
Our correspondent, Maha Mussadaq sends us an exclusive photo of the helicopter before it took off in the morning, earlier today: April 21, 2015 1:42 PM ET
Chinese President Xi Jinping has ended a visit to Pakistan after signing $45 billion worth of investment agreements in the South Asian nation.
NPR’s Philip Reeves tells our Newscast unit that Xi’s visit is being seen as a “game changer.” Here’s more from him:
“This trip marks a step forward in China’s grand plan for securing new and more direct routes to the energy resources and markets of the Middle East, Africa and Europe. This includes creating a corridor running from western China down through Pakistan to its southern port of Gwadar on the Arabian Sea.”
Of the $45 billion in investments, up to $37 billion would be spent on Pakistan’s electrical grid, said Ahsan Iqbal, the country’s minister for planning and development; $28 billion worth of projects were ready to be rolled out, he said, according to The Associated Press.
But as NPR’s Reeves adds: “The challenge now is making these [projects] happen. The corridor passes through an area where there’s a separatist insurgency. Ambitious plans and promises have fizzled out in the past. That’s why much emphasis was placed during President Xi’s visit on security cooperation.”
The New York Times said Xi’s visit and the promised investment was “on a scale the United States has never offered in the past decade of a close relationship [with Pakistan], a gesture likely to confirm the decline of American influence in that nation.”
NPR
One of the significant sources of funds for the Nazionist Khazarian Mafia is the healthcare industry which registered a whopping $3.09 trillion in 2014, and is projected to soar to $3.57 trillion in 2017, in the US alone. We believe that this is just a conservative figure.
We can avoid using drugs, defeat any viral attack and scaremongering easily by knowing how to build our own comprehensive antiviral system. Find more about it here.