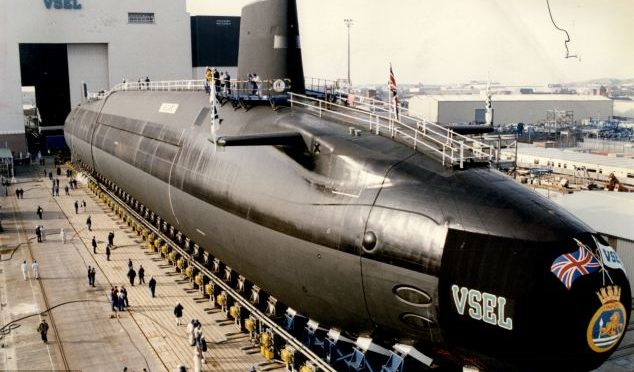 Due to significant number of security lapses within the Trident Nuclear System, UK’s supposed nuclear deterrence might become the cause of its own nuclear demise.

This is according to a leaked report by one William McNeilly, a Trident mariner turned whistleblower.
This could be another nail to the coffin of the weakening British Empire. Just a few days ago, even the Northerners are expressing their desire to join an Independent Scotland to avoid experiencing more austerity measures from Cameron’s newly revitalized government.
Is the Empire crumbling?
Another aspect of this report is the propensity of the military industrial complex to profit even from bad publicity, by offering a system’s upgrade which would require huge taxpayer’s money. 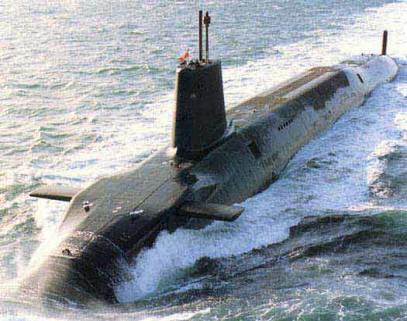 “Please make sure this information is released. I don’t want to be in prison without anyone knowing the truth. “

Mr McNeilly, who has been in communications with WikiLeaks since the beginning of May, has decided he wants to go public about the detailed nuclear safety problems he says he has been “gathering for over a year”.

“This is bigger than me, it’s bigger than all of us. We are so close to a nuclear disaster it is shocking, and yet everybody is accepting the risk to the public.” 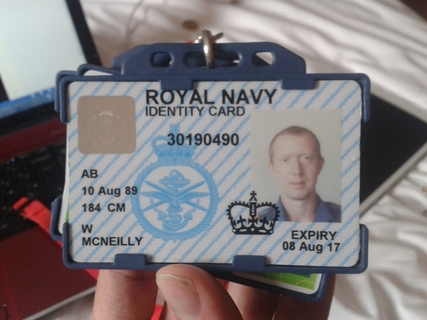 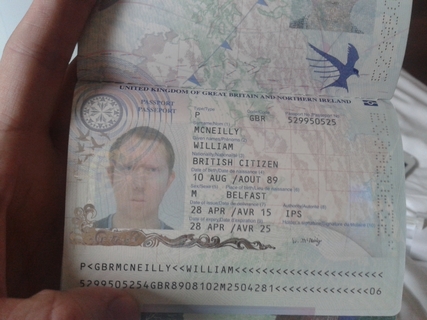 BAE Systems is a British success story – so why the secrecy?

If Britain’s industrial power is in decline, as we are now told on a regular basis, then how has it managed to remain one of the world’s biggest manufacturers of arms? Fifth in the world for arms exports and first in arms development, the UK has an industrial success story that it is strangely reluctant to boast of.
continue reading »

BAE SYSTEMS: Who, Where, How much?

Headquarters
Warwick House,
PO BOX 87,
Farnborough Aerospace Centre,
Farnborough,
Hampshire,
GU14 6YU,
UK
Tel no. 0044 (0)1252 373232
Fax no. 0044 (0)1252 383000
London office address
6 Carlton Gardens,
London,
SW1Y 5AD,
UK
Tel no. 0044 (0)1252 373232
Fax no. 0044 (0)1252 383991
An extensive list of the company’s offices worldwide, including those of its subsidiaries, can be found on the company’s website at: http://www.baesystems.com/facts/pages/location.htm
Significant shareholders
BAE SYSTEMS divides its different interests into business groups, each of which is overseen by one of three COOs (Chief of Operations). Only three companies hold over 3% of the shares issued by BAE SYSTEMS; Franklin Resources Inc (6.2%), Brandes Investment Partners, LP (4.0%), and CGNU plc (3.2%).
Subsidiaries
BAE holds significant equity in many ventures worldwide, the most important of which include:

TEL: 01438 312422
This company is a joint venture with a French arms manufacturer. It concentrates on the development of guided weapons for use on land, air and sea. It has recently won a contract to produce the Meteor, an air-to-air guided missile, for use in the Eurofighter project. It has an order book of £2.5 billion, and employs around 6,100 staff (2850 in the UK and 3250 in France). BAE SYSTEMS owns 50% of this company.

Box 70363
SE-107 24 Stockholm, Sweden
Visiting Address:
Kungsbron 1, World Trade Centre, Entrance G, 6th Floor.
Telephone: +46 8 463 00 00
FAX: +46 8 463 01 52
Web site: www.saab.se
E-mail: [email protected]
SAAB is a large Swedish based engineering company, employing over 14,000 staff. Its total annual sales are around SEK 16,000 million, or over £1 billion. Its most obvious link to BAE SYSTEMS is its Gripen fighter, which is developed and sold in collaboration with the British firm. BAE SYSTEMS is by far the largest shareholder with a 35% stake.
Alenia Marconi Systems Inc. (AMS)
Eastwood House
Glebe Road
Chelmsford
Essex
UK
BAE SYSTEMS owns 50% of the shares in this company, Finmeccanica of Italy the other 50%. AMS is one of Europe’s leading providers of radar and air control systems. In fact, it is one of the 3 leading manufacturers of land and naval radar systems in the world.
Aeronautical Technologies Company Ltd, SA
c/o Advanced Technologies and Engineering Company (PTY) Ltd
PO Box 632
Halfway House
1685 South Africa
Tel: +27 11 314 2170 Fax: +27 11 314 2151
This company is a South African based avionics systems integration and UAV (unmanned air vehicle) manufacturer, whose programmes include systems upgrade programmes on Hawk jets, as well as manufacture of the Vulture class UAV. BAE SYSTEMS has a 20% share in the company.