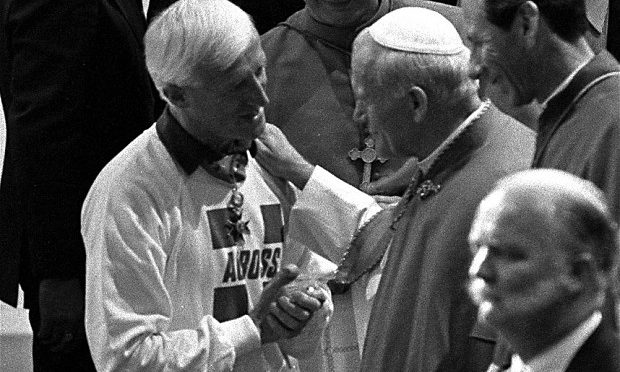 Back in the days, Asia-Pacific natives were branded as uncivilized, unsophiscated and outright cannibals. Colored race were all considered inferior.
Yet, even within these most “advanced societies”, monsters of the worst kind walk the streets freely and some even gracing the halls of power.

Over 1400 individuals are under investigation by British police as part of an inquiry into a historic VIP sex abuse network believed to include celebrities and politicians.
Information released by Operation Hydrant, the group of police officers tackling the alleged ring, said that the 1,433 suspected offenders included 76 politicians, 43 musicians, and 135 from film, television and radio.
A further 216 were revealed to have died.

Chief Constable Simon Bailey, chair of Operation Hydrant, said that referrals to new suspects “are increasing on an almost daily basis.”“The numbers I refer to today are a snapshot in time,” he added.
So far Operation Hydrant, which was created by National Police Chief’s Council (NPCC), is investigating a number of alleged abuse inquiries, but is not specifically leading a particular investigation.

1,400 suspects in politician and celebrity #childabuse inquiry delayed until after #GE2015 http://t.co/00t5pWaozO

The alleged abuse is primarily thought to have happened in institutions, Bailey said, with 666 of the suspects believed to have targeted victims in establishment places. A total of 154 schools, 75 children’s homes and 40 places of religious worship were among the institutions identified.
Bailey stressed UK authorities are seeing “an unprecedented increase” in the number of allegations surfacing.
“There is no doubt (Jimmy) Savile has had an effect on us. We are dealing with more and more allegations,” he said.
In March, it also emerged that Britain’s police watchdog was expanding its operation to investigate police cover-ups of historic sex abuse in the UK.
Allegations being investigated by the IPCC span from the 1970s to the 2000s, and include cases where inquiries into MPs, actors and the clergy were dropped due to pressure from senior officers.
One claim asserts detectives in central London gathered evidence against a high-profile pedophile ring operating in Britain, and that a file has been submitted to begin proceedings against those identified.
RT

A day before Prince Andrew is expected to address his sex-scandal woes in a speech at Davos, his accuser is spilling more salacious details in court and demanding to “interview” him under oath.
The Duke of York, second son of Queen Elizabeth II, is due to host his annual British trade reception at the World Economic Forum in Switzerland on Thursday.
Buckingham Palace announced arrangements for a media pool to cover his speech, as The Telegraph and other British media reported Wednesday that he is expected to start off his remarks with an emphatic denial that he ever had sex with an underage American girl hired by his friend, financier and convicted sex offender Jeffrey Epstein.

The palace has already issued three such strong denials but now Andrew, in a royal first, is preparing to personally address the allegations against him.
His accuser is Virginia Roberts, a 31-year-old mother of three, who has joined a civil lawsuit in Florida over the Epstein case. In it, she accused Andrew, as well as super-lawyer Alan Dershowitz, of having sex with her in 2001 when she was a teen and working as a “sex slave” to Epstein.

On Wednesday, her lawyers filed more documents in which she spills more details about her three alleged sexual encounters with the prince, 54. Among other things, she says she told Epstein that Andrew’s sexual interests include feet, which Epstein found amusing.
“Epstein appeared to be collecting private information about Andy,” as she called the fifth-in-line to the throne, a long time pal of Epstein.
She also declares herself miffed by the palace denials of her accusations.
“That denial is false and hurtful to me,” she says in an affidavit. “I did have sexual contact with him as I have described here — under oath.
“I was hoping that he would simply voluntarily tell the truth about everything. I hope my attorneys can interview Prince Andrew under oath about the contacts and that he will tell the truth.”
But a chat with Andrew looks unlikely. Roberts’ lawyers, former federal judge Paul Cassell and Bradley Edwards, tried to have a letter delivered to Buckingham Palace earlier this week seeking such an interview but the letter was turned away, according to The Guardian.

“This letter is a formal request on behalf of Mr. Edwards and Professor Cassell to interview you, under oath, regarding interactions that you had with (Roberts) beginning in approximately early 2001,” the letter reads. “(Roberts) was then 17 years old.”
The letter included a picture, now familiar to British news consumers, of Andrew with Roberts, his arm wrapped around her waist, her midriff bare.

Prince Andrew in 2001 with his arm around 17 year-old Virginia Roberts, with Robert Maxwell's daughter in background: pic.twitter.com/xopTHP2cHo

In her court filing, Roberts says she is seeking to have criminal charges filed against Andrew and other unnamed “powerful people” she says she was forced to have sex with.
She complains that her credibility has been attacked. “I am telling the truth and I will not let these attacks prevent me from exposing the truth about how I was trafficked for sex to many powerful people,” she concludes. “These powerful people seem to think they don’t have to follow the same rules as everyone else. That is wrong.”
Dershowitz has vociferously, repeatedly, publicly denied Roberts’ allegations against him, calling her a liar and her lawyers sleazy. He and her lawyers have filed dueling defamation lawsuits against each other.
Dershowitz says that if she’s lying about him, then she’s lying about Andrew, too, and that the prince should fight back.
But generally royals don’t do that sort of thing. The last time a senior royal went on TV to talk about something in their personal life was Princess Diana’s famously disastrous 1995 interview on the BBC about her failed marriage to Prince Charles. But she had not been accused of criminal behavior.
Meanwhile, flight logs of Epstein’s private jet, which appeared in the Daily Mail and then disappeared online, compared with records of Andrew’s public engagements, show that Roberts and Andrew were both in London, New York and the U.S. Virgin Islands when she claims they had the sexual encounters.

All eyes now on Prince Andrew as he addresses WEF Thurs PM in Davos. Will he assert his innocence? Difficult times for Buckingham Palace.