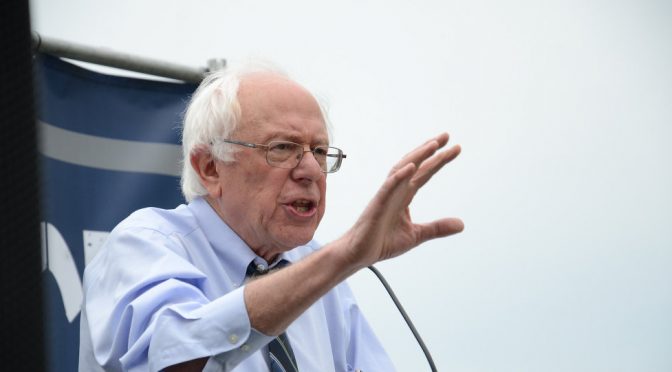 The $5.7 billion settlement for rigging the already rigged fiat financial institution is just a slap on the wrist for the banksters. The amount will never serve future deterrence for corruption but could easily be considered as part of the cost of doing business.
The penalty is just a mere drop of the $300 trillion Libor bucket.

US Senator and presidential candidate Bernie Sanders told Sputnik that the nearly $5.7 billion settlement by five global financial institutions for rigging international exchange rates is part of their history of fraud.

“This is consistent with a long history of fraud among the major financial institutions of this country, and in fact, the world,” Sanders said.

On Wednesday, a $5.7 billion settlement was reached between the US Justice Department and JPMorgan, Citigroup, UBS, Barclays and the Royal Bank of Scotland.

The institutions plead guilty to charges that they had rigged the London Interbank Offered Rate (LIBOR), an index used to calculate interest payments around the world.

The $5.7 billion in fines is part of “a long history of settlements” by large financial institutions, Sander explained.
Each of the institutions charged on Wednesday have faced billions of dollars in civil and criminal fines and penalties in previous years, according to the Department of Justice.

Sanders noted that the US financial regulatory system “is sufficiently weak,” and said he suspects “there is a lot more fraud going on that we do not know about.”

In the course of the investigation, the authorities discovered that the five banks had colluded with one another to manipulate the LIBOR benchmark. According to financial experts, the LIBOR rate directly impacts up to $300 trillion in financial contracts held by governments, pension funds and asset managers.
Sputnik