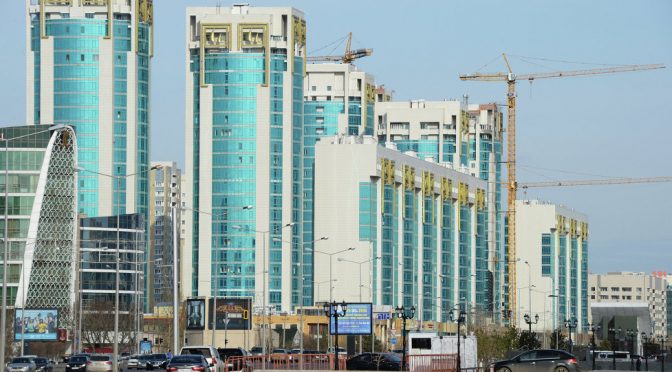 Kazakhstan is one of the most proactive proponents of the New Silk Road mega-projects. It is a country that has the most stable political climate in the region, having just reelected for the 4th term its only president since the fall of the Soviet Union, Nursultan Nazarbayev.
He wins by a very wide margin of 97.7% to which he apologized. Unlike Macedonia, his country is not yet hypnotized by the likes of George Soros.

It’s psychologically reassuring to see leaders thinking for what is good for one’s country. With his “glorious victory” he’s unveiling the most ambitious government program to date.

15:31 22.05.2015(updated 15:48 22.05.2015
Kazakhstan’s government unveiled a 100-step plan to reform the country’s civil service and build an international business center, earning the praise of Russia’s former finance minister.
Kazakhstan’s President Nursultan Nazarbayev unveiled his “100 Steps” program, which seeks to reform the country’s government and financial sector to create a regional financial hub in the primarily oil-exporting country.
The program seeks to reform civil service, rule of law and economic governance, as well as create an inclusive identity in a nation with a sizable Russian minority. Russia’s former finance minister German Gref was wowed by the program, saying that Russia needs to implement the same steps without any change.

“Kazakhstan began one of the most ambitious programs in the world. When I read the program, I had a feeling that I was reading the Singapore government program,”

… the head of Russia’s Sberbank said at the Astana Economic Forum.
Financial Hub
The financial hub will also have a special legal status as a common law jurisdiction, as well as have English as an official language on its territory.

Kazakhstan Avoids Economic Downturn Despite Global Crisis – Nazarbayev
The plan also seeks to attract at least ten multinational corporations to develop Kazakhstan’s oil refineries and metal ore processing industries to diversify its exports.
The program places a heavy emphasis on English-language corporate governance and education. High school classes will also be partially taught in English as part of the new plan.
Rule of Law
The program proposes an extensive reform of Kazakhstan’s civil service which includes reforming the police and legal system. Government employees will be paid based on their accomplishments and foreign managers will be invited to work in the government.
The program also seeks to alter customs law and link it to tax law to avoid tax fraud. In addition, building codes will be updated to European standards while the licensing process will be simplified. 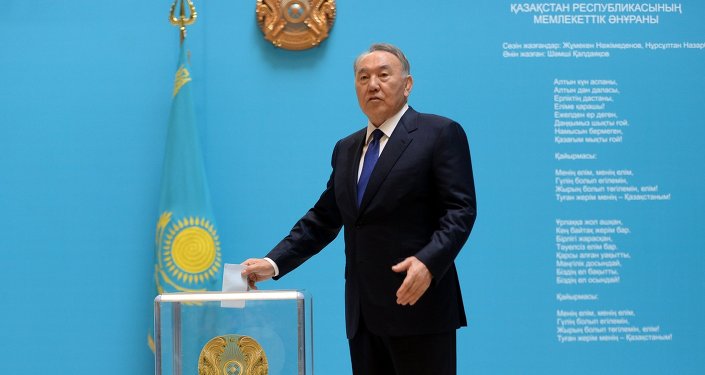 Glorious Victory: Nazarbayev Secures 97.7% in Kazakhstan’s Presidential Vote
Kazakhstan will also develop its national identity as part of the “Big Country — Big Family” project. Another project is Kazakhstan as a “Society of Universal Labor,” meant to replace the idea of a consumerist society. The project goes alongside the “second five-year plan of industrialization,” a program of infrastructure development.
An Example for Others?
Sberbank head and former Russian Finance Minister German Gref was wowed by the plans, telling Kazakhstan’s officials that it would be a “sin” to criticize them.

Glorious Plan of Kazakhstan: Astana to Spend $20Bln on Silk Road Project
Although Gref is virtually the only person cited by Russian and Kazakhstani media on the reform plan, a UN representative said that the goal also coincides with the organization’s Millennium Development Goals.
Gref also said that he would like to see the plan implemented in Russia. The economies of Russia and Kazakhstan are similar in their reliance on natural resource exports.
Sputnik 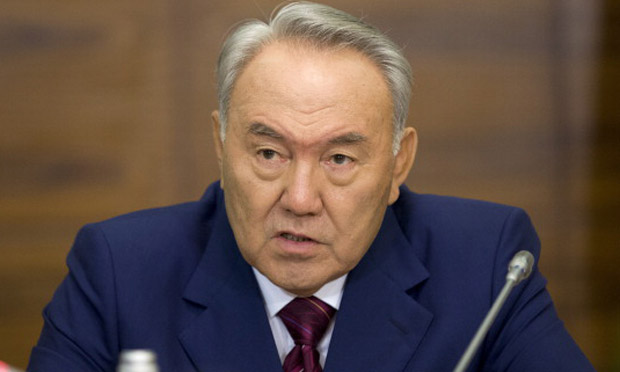 The global trend of social modernization
Kazakhstanhas marked the 20th anniversary. New perspectives open up to the country. However, for several years now the world is disquiet. The global crisis is not  over, and the international community is in a strained turbulence.
The modern world has grown more inter-related, with all the ensuing pluses and minuses. It is a reality to be reckoned with by big, average and small countries.
All this requires a viable state’s social policy. And I have to keep social issues in control, always revisiting them.
Care about every Kazakhstani is the center of my attention. This is necessary as life and everyday well-being of all citizens of our country depends on the solution of social issues.
During the years of Independence a solid foundation of the welfare state has been established in Kazakhstan.
Objectively, Kazakhstan has come close to the quality level of social development of average European countries.
Kazakhstanis’ living standards are rising steadily. But the essential question is how well our citizens use the fruits of stability and prosperity.
January 27th, I made the state-of-the-nation address in Parliament “Socio-economic modernization – the main vector of Kazakhstan development.”
To Kazakhstan it is vitally important to find an optimal balance between economic success and providing public goods. In it I see a key task of socio-economic modernization.
I gave concrete instructions to the Government in the Address-2012 and the state mechanism began to work.  However, I’m not satisfied with the pace and quality of fulfillment of my Address.”
Social issues can not be postponed “until later.”
And this in turn requires an answer to the questions: what should our Kazakhstani society be in a global instability in the new century to resist the global winds?
What are our untapped reserves and opportunities? And what else needs be done for the social policy to be stable and constructive?
Today illusiveness of the concept of a consumer society has become apparent.
The whole world came to realize that this ideology of consumerism turned out to be ruinous. It spawned massive social dependency in the developed world and is a main cause of the global crisis. A constructive alternative could be found to it.
And this alternative is the idea of the Universal Labor Society.
This is not an invented ideology. All the values of world civilization, all the economic and cultural wealth is created by human labor, not virtual financial institutions.
The Society of Universal Labor is a practical, pragmatic idea. Today labor as a decisive national factor in the conditions of the XXI century, global competition  should be foregrounded.
That’s what ordinary Kazakhstanis that I talked to recently in Taraz, Ust-Kamenogorsk and other regions say.
Are there any risks to the modernization process?
Social modernization today requires a clear understanding of the possible challenges and risks. It should be understood not only by the civil servants of all ranks, but the whole society, all the people for whom social modernization is implemented.
First. We must take into account that economic and social modernization have to be maximally synchronous.
Second. As international experience shows, the process of modernization goes alongside an increased activity of citizens, the disclosure of their creative potential. Therefore people will be more actively defending their rights and freedoms, the degree of self-organization of society will grow.
Third. In Kazakhstan the state is the initiator and main driving force of the social modernization process.
Today, it is important to cultivate the idea in society, from the earliest education stages in schools that the state is not an endless donor, but a partner, which creates conditions for the growth of the citizens’ welfare.
The strategy of the state is built in the direction from social protection to social progress. This means that dependency is not admissible.
Only in this way could the Kazakh society overcome the inertia of paternalism.
Fourth. A serious barrier to social modernization is such a common phenomenon, as a social infantilism. At its core is a perverse motivation to work, “imposed” in the initial period of transition to “wild capitalism” in 90s.
It spawned this achiever ideology – “to work less – earn more,” “make money out of thin air”.
Homebrewed philistinism, combined with the social infantilism, can become a brake to upgrade.
Fifth. Social modernization in Kazakhstan is going on against the backdrop of the integration processes within the SES.
During the years of independent development Kazakhstan has surpassed CIS neighbors in a number of social reforming areas: pension, banking, credit and financial systems, housing, partly education, healthcare and social security.
We have more they they reduced the level of dependency. Therefore, Kazakhstan as a leader in social reform should initiate development of a holistic model of social modernization, suitable to all our partners in the Eurasian integration.
Everyone, regardless of profession and position, must ask himself: what have I done to overcome the inertia in myself in the first place?
Social modernization: goals, objectives, principles
The Address- 2012 gave an impetus to the modernization process in the social sphere. However, in practice, only the surface layer of issues has been “uncovered” so far.
It is therefore important to define a common understanding of the process of social modernization for all the state bodies to go by. And this understanding must, of course, be comprehensible to the people at large.
I want to share my vision.
Today, the essence of social modernization is to prepare society for life in the new industrial and innovation-based economy, to find an optimal balance between the economic development of Kazakhstan and the provision of public goods, to establish social relations based on principles of law and justice.
What are the main tasks in the frames of the modernization process? This list may seem tedious and long, but it should be identified, nevertheless.