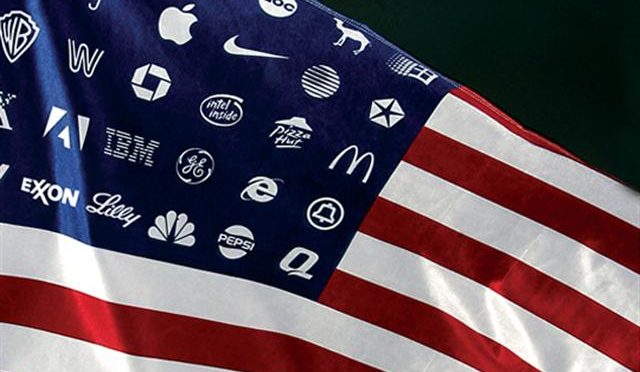 We are pretty sure we are not alone when we say we watched Russia’s 70th Victory Parade with envy.
It was a glorious event, not only because the veil of undeserved claim of “exceptionalism” was forever lifted, but more on the fact that Eurasia has finally demonstrated its unequivocal unity in the face of a desperately dangerous enemy.

Moreover, there is now a growing sense of awakening as to the real power of the Oligarchy.

Why I Wept at the Russian Parade

13.05.2015 Author: F. William Engdahl
Something extraordinary just took place in Russia and it may have moved our disturbed world one major step nearer to peace and away from a looming new world war. Of all unlikely things, what took place was a nationwide remembrance by Russians of the estimated 27 to perhaps 30 million Soviet citizens who never returned alive from World War II. Yet in what can only be described in a spiritual manner, the events of May 9, Victory Day over Nazism, that took place across all Russia, transcended the specific day of memory on the 70th anniversary of the end of World War II in 1945. It was possible to see a spirit emerge from the moving events unlike anything this author has ever witnessed in his life.
The event was extraordinary in every respect. There was a sense in all participants that they were shaping history in some ineffable way. It was no usual May 9 annual show of Russia’s military force. Yes, it featured a parade of Russia’s most advanced military hardware, including the awesome new T-14 Armata tanks, S-400 anti-missile systems and advanced Sukhoi Su-35 fighter jets. It was indeed impressive to watch.
The military part of the events also featured for the first time ever elite soldiers from China’s Peoples’ Liberation Army marching in formation along with Russian soldiers. That in itself should shivers down the spines of the neoconservative warhawks in the EU and Washington, had they any spines to shiver. The alliance between the two great Eurasian powers—Russia and China—is evolving with stunning speed into a new that will change the economic dynamic of our world from one of debt, depression, and wars to one of rising general prosperity and development if we are good enough to help make it happen.
During his visit, China’s President XI, in addition to his quite visible honoring of the Russian Victory event and its significance for China, met separately with Vladimir Putin and agreed that China’s emerging New Silk Road high-speed railway infrastructure great project will be integrated in planning and other respects with Russia’s Eurasian Economic Union which now consists of Russia, Belarus, Kazakhstan and Armenia with several prospective candidates waiting to join. While it may seem an obvious step, it was not at all certain until now.
The two great Eurasian countries have now cemented the huge oil and gas deals between them, the trade deals and the military cooperation agreements with a commitment to fully integrate their economic infrastructure. Following his meeting with Xi, Putin told the press, “The integration of the Eurasian Economic Union and Silk Road projects means reaching a new level of partnership and actually implies a common economic space on the continent.”
It’s Zbigniew Brzezinski’s worst geopolitical nightmare come to fruition. And that, thanks to the stupid, short-sighted geopolitical strategy of Brzezinski and the Washington war faction that made it clear to Beijing and to Moscow their only hope for sovereign development and to be free of the dictates of a Washington-Wall Street Sole Superpower was to build an entire monetary and economic space independent of the dollar world.
The Parade of the Good
Yet the most extraordinary part of the day-long events was not the show of military hardware at a time when NATO is not only rattling sabres at Russia, but even intervening militarily in Ukraine to provoke Russia into some form of war.
What was extraordinary about the May 9 Victory Day Parade was the citizens’ remembrance march, a symbolic parade known as the March of the Immortal Regiment, a procession through the streets of Moscow into the famous and quite beautiful Red Square. The square, contrary to belief of many in the West was not named so by the “Red” Bolsheviks. It took its name from Czar Alexei Mikhailovich in the mid-17th Century from a Russian word which now means red. Similar Immortal Regiment parades involving an estimated twelve million Russians took place all over Russia at the same time, from Vladivostock to St. Petersburg to Stevastopol in what is now Russian Crimea.


In an atmosphere of reverence and quiet, some three hundred thousand Russians, most carrying photos or portraits of family members who never returned from the war, walked on the beautiful, sunny spring day through downtown Moscow into Red Square where the President’s residence, the famous Kremlin, is also located.
To see the faces of thousands and thousands of ordinary Russians walking, optimism about their future beaming from their faces, young and the very old, including surviving veterans of the Great Patriotic War as it is known to Russians, moved this writer to quietly weep. What was conveyed in the smiles and eyes of the thousands of marchers was not a looking back in the sense of sorrow at the horrors of that war. Rather what came across so clearly was that the parade was a gesture of loving respect and gratitude to those who gave their lives that today’s Russia might be born, a new, future-looking Russia that is at the heart of building the only viable alternative to a one-world dictatorship under a Pentagon Full Spectrum Dominance and a dollar system choking on debt and fraud. The entire Russian nation exuded a feeling of being good and of being victorious. Few peoples have that in today’s world.
When the television cameras zoomed in on President Vladimir Putin who was also marching, he was walking freely and open amid the thousands of citizens, holding a picture of his deceased father who had served in the war and was severely wounded in 1942. Putin was surrounded not by bulletproof limousines that any US President since the assassination of Kennedy in 1963 would have, were he even to dare to get close to a crowd. There were three or four presidential security people near Putin, but there were thousands of ordinary Russians within arm’s length of one of the most influential world leaders of the present time. There was no climate of fear visible anywhere.

My tears
My tears at seeing the silent marchers and at seeing Putin amid them was an unconscious reaction to what, on reflection, I realized was my very personal sense of recognition how remote from anything comparable in my own country, the United States of America, such a memorial march in peace and serenity would be today. There were no “victory” marches after US troops destroyed Iraq; no victory marches after Afghanistan; no victory marches after Libya. Americans today have nothing other than wars of death and destruction to commemorate and veterans coming home with traumas and radiation poisonings that are ignored by their own government.
That transformation in America has come about in those same 7o years since the end of the war, a war when we–Americans and Russians, then the Soviet Union of course—had fought side-by-side to defeat Hitler and the Third Reich. Today the Government of the United States is siding with and backing neo-nazis in Ukraine to provoke Russia.

The American oligarchs ain’t all-powerful; they ain’t some new Illuminati or gods as some try to convince us. They ain’t omniscient. They get away with murder because we allow them. We are hypnotized by their aura of power.

F. William Engdahl is strategic risk consultant and lecturer, he holds a degree in politics from Princeton University and is a best-selling author on oil and geopolitics, exclusively for the online magazine “New Eastern Outlook”. 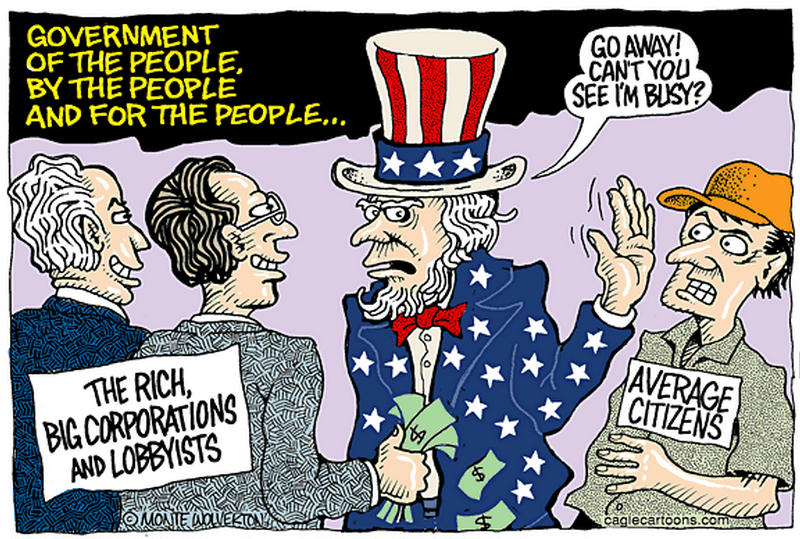 The Russians have shown us how victorious a united people could be.

Now, it’s time for the world to see the real power of the American People. It’s time to show the world how it is to live in the Land of the Free and the Home of the Brave.

One thought on “Oligarchs are Not Powerful”