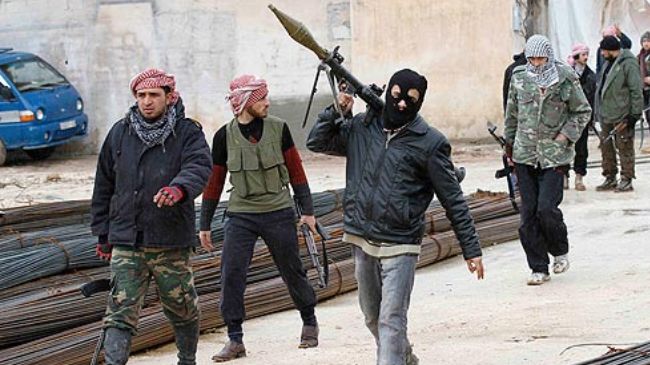 For those who have been following the US-Iran nuclear deal know how the White House policies could change in seconds. It seems the highest paid spokesman in the United States could not make up his mind even for a second.

What this means is:

No one can trust the White House.

If someone had the impression that the visit of Secretary of State John Kerry to the town of Sochi, followed by negotiations with Victoria Nuland, his deputy in Moscow, could be regarded as first steps in the direction of normalization of US-Russian relations, they would be deeply mistaken.

In short, Washington, particularly the Obama administration, is trying to solve its problems at the expense or rather with the help of Russia, to ensure the victory of Hillary Clinton in the upcoming elections. However, the United States continues to apply pressure on Russia, using a variety of different strategies.

Special attention is now paid to Syria and the weakened regime of Bashar al-Assad in the face of a new armed assault against Damascus. The attempts to trade the support of Syria for a number of concessions on Ukraine and Crimea allegedly made by John Kerry failed. Then Americans attempted blackmail, which is the strategy of choice for Washington in the countries that resist its dictate. On May 19 the Russian embassy in Syria was shelled by militants, presumably Jaysh al-Islam, which resulted in one of the shells exploding in the main building of the diplomatic mission.


Fortunately, there was nobody there in the room destroyed by the explosion. Immediately after the attack the State Department swiftly condemned this act of terrorism. But we all are well aware of the fact that the “southern front” operating in the suburbs of the Syrian capital is controlled by Jordan with a certain amount of US assistance, unlike the “northern front” guided by Turkey and Saudi Arabia. The shelling of the Russian embassy – is clearly a signal to Russia that it should abandon its support of the Syrian regime.

The White House continues to exploit the Iranian theme to dissuade Moscow supplying the Islamic Republic with S-300 air defense systems. But America didn’t even try to propose a fair exchange. Yet, Washington think tanks are well of aware of the fact that Moscow will no longer buy any of America’s fraudulent tricks, as happened a few years ago with the introduction of sanctions against Iran and the freezing of the contract to supply the S-300s. The US goal is clear and simple – to sow doubts in Tehran about the principal position of Russia on Iran, thus pushing Iranians to unnecessary concessions in discussions on the Iranian nuclear program.

Another old trick has been the alleged desire of the GCC countries, including Saudi Arabia, to launch a full-scale cooperation with Russia, particularly in the coordination of global oil prices. The emissaries of the Arabian monarchies one by one have been visiting the Russian capital with handfuls of promises. Naturally, none of those were planned to be implemented, as they are designed to lure Russia’s leadership into a trap. But this lesson has already been learned as well, especially in the times when the former Emir of Qatar Sheikh Hamad bin Khalifa Al Thani and Saudi Prince Bandar were eager to promise billions of dollars of investment in the Russian economy, the purchase of Russian weapons, and lucrative contracts, yet no concrete steps followed.

Now a new player is being used – Turkey, which seems to be seriously offended by Russia’s position on the Armenian Genocide. Turkey, for which the question of recognition or non-recognition of the genocide is the most painful of all, instantly responded to the fact that on 24 April, Vladimir Putin visited the Tsitsernakaberd Memorial, built in memory of the genocide victims of 1915. Turkish officials said that there could be no justification for this visit, three days later, Turkey’s President Recep Tayyip Erdogan “remembered” events regarding the Crimea. The Turkish leader said that Russia should account for their actions in Crimea and Ukraine before condemning the massacre of Armenians by the Ottomans in 1915.

Washington was eager to request even more anti-Russian statements from Turkey, including those relating to the Crimea, that followed one after the other. Turkish Foreign Minister Mevlut Cavusoglu, said that the recent unofficial Turkish delegation that was visiting the Crimea, found signs of human rights violations. Such an assessment on the situation on the ground from Cavusoglu looks rather strange, since they contradict statements made by members of the delegation themselves. On April 29 the head of the unofficial delegation Mehmet Uskyul said that he is satisfied with the treatment of Crimean Tatars on the peninsula. Even more dramatic statements were made by Turkey’s Prime Minister Ahmet Davutoğlu on May 14 at a meeting of NATO Foreign Ministers. According to this Turkish official “The illegal annexation of the Crimea can not be tolerated”. The Turkish prime minister also urged NATO states to support Ukraine so it could better ensure the security of its own people. Ahmet Davutoğlu went as far as stressing that NATO states should not forget about the suffering of the people of the Crimea…

Ankara canceled a regular meeting of the Russian-Turkish Cooperation Council and the arrival of Sergey Lavrov to Antalya that was scheduled on May 16. Formally – under the pretext of difficulties caused by the forthcoming parliamentary elections, after which a new government will be formed. But all that buzz can negatively affect a project of fundamental importance for Russia – the “Turkish Stream”, which couldn’t make the United States any more happier.

Another front of this anti-Russian campaign was opened in Macedonia. The United States is actively advancing a possible regime change in Skopje to counter Russian influence. It’s also important to note that the “Turkish Stream” would stretch across Macedonian soil. That’s what Russian Foreign Minister Sergei Lavrov said last week about those events: “Objectively speaking, the events in Macedonia are unfolding against the background of the government’s refusal to join the policy of sanctions against Russia and the vigorous support Skopje gave to the Turkish Stream gas pipeline project, to which many people oppose, both in Brussels and across the ocean. So we can’t help but feeling that there is some sort of connection here.” 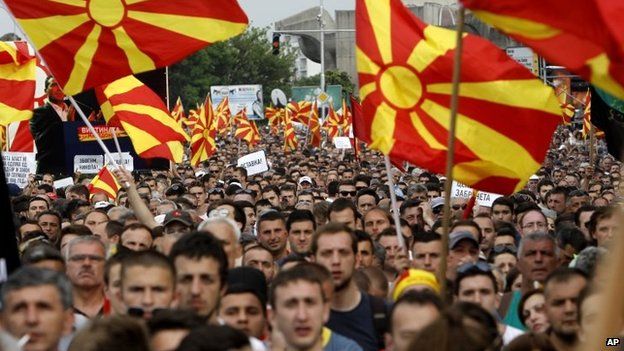 In fact, Washington has tried to stage a “color revolution” by organizing mass demonstrations launched by the local opposition. Even the country’s Albanian minority, which has nothing in common with Macedonian opposition came out to the streets to support rallies in the capital, Skopje. For Moscow this looks all too familiar. Events are moving in the same direction as they were in Ukraine in 2013 and 2014, when the corrupt regime of Viktor Yanukovych was ousted during mass demonstrations organized by the United States and Poland.

So the latest maneuvers of American diplomacy – is nothing but a smokescreen designed to hide the true intentions of the Obama administration. Washington’s strategic goal remains the same – to weaken Russia by all means necessary and break it apart from those countries which are engaged in cooperation with Moscow.

Therefore there’s no trusting US promises or even reaching deals with them. All this smooth-talking is a mere trap in the hope that Russian pro-Western liberals might convince President Putin that the White House is sincere. But US think tanks have missed one thing – “Ukrainian lessons” have not been lost on the Kremlin.
First appeared: http://journal-neo.org/2015/05/22/us-has-launched-a-new-assault-against-russia-2/
One of the significant sources of funds for the Fascistic Nazionist Khazarian Jesuit Mafia is the healthcare industry which registered a whopping $3.09 trillion in 2014, and is projected to soar to $3.57 trillion in 2017, in the US alone. We believe that this is just a conservative figure.
We can avoid using drugs, defeat any viral attack and scaremongering easily by knowing how to build our own comprehensive antiviral system. Find more about it here.