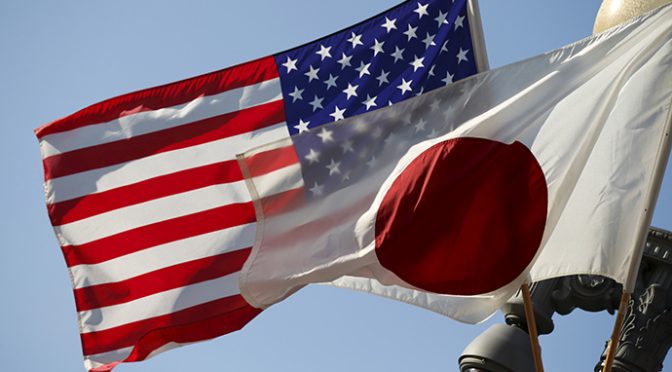 Upon completing his visit to Tokyo, Duma speaker Sergey Naryshkin told reporters that Japanese politicians acknowledge that their country has joined the anti-Russian campaign under US pressure and understand the importance of future dialogue with Russia.

“The world is open and it is simply impossible to hide the truth from public in various nations. Gradually, the Japanese people and its political elite have understood this,” Naryshkin said in an interview with Rossiya-24 TV.
The top MP also added that a meeting between Russian and Japanese leaders is possible and that it should take place after certain preparations. He noted, however, that the territorial spat between Russia and Japan remains a serious barrier to cooperation.
“If the Kurils are seen as an excuse for territorial claims against Russia, this topic would only remain an irritant and a curb in development of cooperation in other spheres – in economy, politics and humanitarian sphere,” Naryshkin said.
He added that, regardless of these problems, Russia supported an honest dialogue between equal partners on all issues, with the condition that partners back their positions with arguments.
Earlier this week, the State Duma speaker published an article in the Russian government daily Rossiyskaya Gazeta in which he urged European nations to stop listening to US propaganda and start working on common Eurasian economic interests with Russia.

“Russia is a natural ally for all European countries,” Naryshkin wrote. “It was Russia that brought peace to the whole continent in 1945 and it deserves much more trust than those who thoroughly and for a long time rewrote history in order to start the fires of confrontation in our peaceful home.”
Following Naryshkin’s visit to Tokyo, Japanese Prime Minister Shinzo Abe said that relations with Russia could be taken to a new level and added that friendly relations between the two neighboring countries were a guarantee of stability and prosperity in East Asia in the 21st century. He also promised to try to solve the territorial dispute over the Kurils and finally sign a peace treaty between Russia and Japan.
RT
One of the significant sources of funds for the Fascistic Nazionist Khazarian Jesuit Mafia is the healthcare industry which registered a whopping $3.09 trillion in 2014, and is projected to soar to $3.57 trillion in 2017, in the US alone. We believe that this is just a conservative figure.
We can avoid using drugs, defeat any viral attack and scaremongering easily by knowing how to build our own comprehensive antiviral system. Find more about it here.

One thought on “Japan Admits US Pressure Behind Anti-Russian Sanctions”