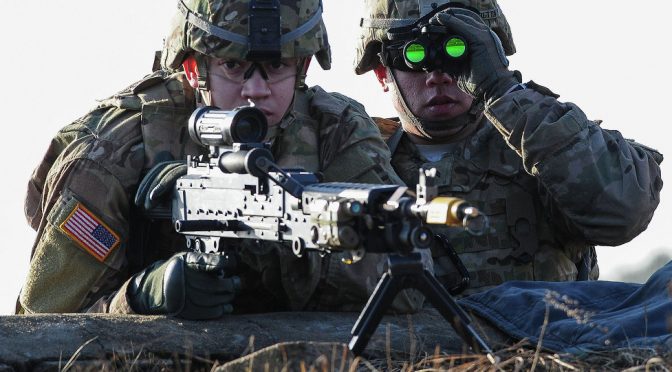 The object is not only about national unity, but the underlying principle has always been to keep the mind occupied and distracted while they empty the national treasury of each nation involved including America itself.

The US Cabal keeps fabricating pseudo-enemies to sustain the need for their services, i.e. governance and security.
When everybody is prosperous and secured, who needs government?

Since the end of the Cold War the US has fabricated two enemies for itself – Radical Islam and Russia – but now it has to choose only one, and the best candidate is Radical Islam, according to French historian, diplomat and novelist Jean-Christophe Rufin.

The US needs an external enemy to ensure community cohesion, Jean-Christophe Rufin said in an interview with the French Le Figaro newspaper.
“American society, similar to the Roman Empire is in need of an external uniting enemy. Since 1991, in its striving not to miss out on one, the US has made up two,” he said.

© Sputnik/ Andrei Rudakov
Gorbachev: US Needs to Have Enemy to Return to Policy of Pressure
.

On the one hand, he says, by overthrowing Arabic-Muslim secular regimes, “rightfully labelled as dictatorships destined for public reproof,” the US and its European allies have contributed to the emergence of a considerable number of Islamist enemies (starting with Bin Laden and continuing up to the Islamic State) financed by some oil monarchies of the Persian Gulf region.On the other – the US has pursued its systematic policy of besieging post-Soviet Russia. From Georgia to Mongolia and through the Baltic States (Estonia, Latvia and Lithuania) the US has laid the ground for a new cold war.
Now, the historian says, the US faces a choice of keeping only one enemy. The best candidate is Radical Islam, he says.
“However we should not forget the prophecy of Alexis de Tocqueville, who saw Russia as the only continental power capable of competing with the US,” Rufin stated.
Alexis de Tocqueville (1805 – 1859) was a French political thinker and historian, who was famous for his analysis of the American democratic system; best known for his works ‘Democracy in America’ and ‘The Old Regime and the Revolution.’
Sputnik

4 thoughts on “War is Peace: US Needs External Enemy to Ensure Internal Unity”