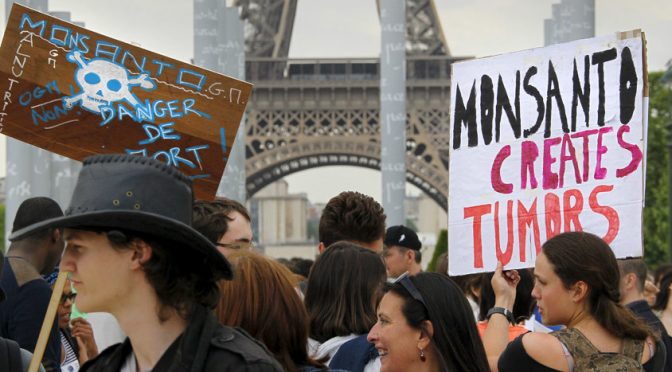 Major events have been happening over the weekend. Most of them manifesting how activism is alive and gaining political ground in some major parts of the world.

Still, the majority refuse to believe that there is a deliberate plan to exterminate the “useless eaters”…


The Okinawa US air base has been an issue for almost two decades, since it was first proposed in 1996. There has always been strong opposition from the island’s residents, who say they should not have to carry the burden of hosting more than half of the 47,000 US troops based in Japan.

15000 gathered to make human chain to protest against military base in #henoko . #okinawa #japan #tokyo

.
In Spain, overhauling the two-party system has long been on the two upstart political parties’ agenda. With opinion polls suggesting no party garnering enough votes to govern independently in most regions, the results of today’s regional elections may signal the arrival of coalition politics, according to Reuters.

UK Prime Minister David Cameron has announced his plan to freeze the salaries for government ministers for the next five years. The move will save about £800,000 ($1.2 million) a year, or £4 million ($6.1 million) by 2020.
“As we go about doing that, I want people to be in no doubt: I said five years ago we were all in this together and, five years on, nothing has changed. That’s why, for example, I’ve decided to freeze the pay of the ministers in the government,” UK PM David Cameron wrotein a Sunday Times column.

Currently ministers in the UK government receive about £134,565 ($207,572), including their pay as MPs. The prime minister receives at least £142,500 ($220739).
On Thursday, a spokesman for the left-wing Syriza party said that Greece won’t be able to pay the next tranche of 300 million euros to the IMF on June 5 unless it receives extra financial aid from creditors.
“Now is the moment that negotiations are coming to a head. Now is the moment of truth, on June 5,” Nikos Filis, spokesman for Syriza party lawmakers, told ANT1 TV channel. “If there is no deal by then that will address the current funding problem, they won’t get any money.”


Greece is struggling to repay its multibillion euro debt to the troika of international lenders – the IMF, the ECB and the European Commission, and is trying to find a way to get a further €7.2 billion bailout unlocked.
Talks between Athens and its international lenders reached a stalemate over refusal of Greek authorities to carry out labor and pension reforms, as well as to lower fiscal targets established within the framework of the bailout program.
Meanwhile in Poland, Duda, a candidate from the country’s largest Law and Justice opposition party, ran against incumbent President Bronislaw Komorowski, backed by the country’s ruling Civic Platform party.
Poland’s incumbent president has been a strong supporter of the European Union, particularly on the issue of Ukraine, while Duda is a mild euro-sceptic.
Komorowski later conceded defeat and congratulated Duda with victory in a speech given from his campaign headquarters.


The Chinese government has organized prison visits for officials from key sectors, as well as their spouses, to raise awareness of corruption in the country, the China Daily newspaper reports, citing the Central Commission for Discipline Inspection (CCDI).

Visitors are allowed to see ex-officials, including their former leaders and colleagues convicted on corruption charges, so that they are “aware of wrongdoings involving corruption, correctly exercise their powers and actively receive supervision from the [Communist] Party [of China],” CCDI said on Sunday.

Over 100 high-ranking Chinese officials have been placed under investigation over corruption allegations since November 2012, according to the China Daily.