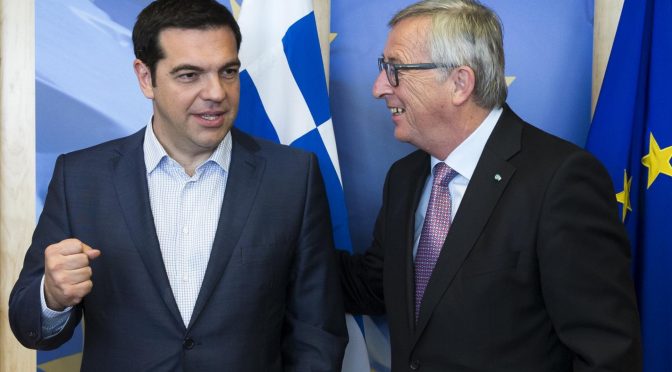 PM Tsipras’ upgraded austerity and bloodletting proposals were rejected earlier by the IMF. Now, an IMF counter-proposal has been leaked into the media.

The five-page counter-proposal made by Greece’s creditors has just leaked – in several places.
And it confirms that Athens has been pushed to raise more from VAT and also make sweeping changes to its pensions system, including raising the retirement age faster and eliminating benefits for the poorest pensioners.
The red crossings out show items which are being rejected by creditors, and the underlined red sections show the new proposals.

The pensions section is a wholesale rewrite:

Swallowing all this will be very hard for the Greek PM, let alone his party.
continue reading »