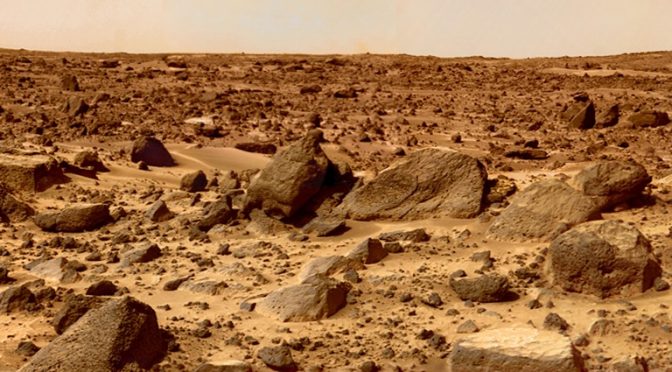 There’s now a growing body of circumstantial evidence and direct first hand testimonies that the massive human trafficking were not just used for feeding the insatiable appetite of high profile pedophiles and sex maniacal royalties but also to provide slave labor in secret off planet colonies run by private corporations under the umbrella of the black budgeted projects involving multiple corporate governments.

This is highly plausible considering the fact that the same strategy was used during the rise of the Third Reich in which millions of slave laborers were employed to create the satanic Nazionist Empire, and knowing that the United States, home of the military industrial complex, and the Vatican, having in its possession the most powerful telescope “Lucifer,” are being run by Nazis a bigger picture can now be formed as to why this planet is being perpetually put under heavy handed control, recently upgraded to AI-based “Jade at the Helm” for “mastering the human domain“.

With all of the events occurring “Above and Below” there is a lot of “Information”, “Disinformation” and competing “Agendas” that are all competing for fertile places in our “Consciousness” to plant their “Seeds”.
Some people have chosen to focus on the more “Down to Earth” events and the battles over the “Financial Debt System” (Babylonian Money Magic Slave System), “Financial Resets”, “Financial Jubilee” and gifted money to the masses in “Prosperity Settlements”. There is an element of what we call “The Alliance” that is fighting the current controlling elite (known as the “Cabal” or “Illuminati” among other names.) down here on Earth at this very moment.
Some people have chosen to focus on the more “Esoteric” (for now) events and battles occurring above our atmosphere in what many are referencing as the “Secret Space Programs” and “Break Away Civilizations”. There is quite a lot of classified technologies that are in use in these “Programs” that are being suppressed and could completely change the nature and quality of life of every human being here on Earth. The “Free Energy” technologies would end the need of the “Current Oil/Petro Energy Companies”, The “Frequency and Light Healing” technologies would end the “Current Pharmaceutical Corporations”, the “Neurological Interface” technologies would end the need for “Large Education Institutions” and the “Food Replication” technologies and “Environmental Purification and Restoration” technologies would end poverty, starvation and begin to reverse the damage humanity has done to the Earth virtually over night. As you can imagine the real threat to disclosure is not that humanity cannot handle the truth or will be able to reconcile “Cosmic Life” with their religious beliefs.
The real reason is that these technologies would immediately collapse the world economies and make the “Babylonian Money Magic Slave System” of no use anymore. It means the “Loss of Control” of the .01% (Elite) over the “Masses” and a complete “Paradigm Change”. In short it means “Freedom”! Freedom for the first time in humanity’s “known” recorded history. There has been a “Stealth Civil War” going on among various “SSP” groups [Secret Space Program] for a while to achieve this result. Relatively recently the “SSP Alliance” was joined by a group of “Beings” that no one had encountered before. They are a 6-9th Density Group of Beings that have been referred to as “The Sphere Alliance”. These new “Sphere Beings” have since not only created an “Energetic Blockade” around Earth but have also done so around our entire solar system. They are a nonviolent group of beings who have brought assistance mainly in the form of a “Message”.
Some people are now choosing to focus on this “Message” that was delivered by the “Blue Avians” – 1 of 5 beings: the “Orb Beings”, the “Blue Avians”, the “Golden Triangle-Headed Beings” and two others who have not revealed themselves to us yet. The “Orb Beings” have been visiting “Many Tens of Thousands” of people in the form of “Blue/Indigo Balls of Light” while others have been visited by the “Blue Avians” and given a “Greeting Phrase” to know one another by.

What is this “Message”?

Every day focus on becoming more “Service To Others” oriented. Focus on being more “Loving” and “Focus on raising your Vibrational and Consciousness Level” and to learn to “Forgive Yourself and Others” (Thus “Releasing Karma”). This will change the Vibration of the Planet, The “Shared Consciousness of Humanity” and “Change Humanity One Person at a time” (Even if that “One Person” is yourself.). They say to treat your body as a temple and change over to a “Higher Vibrational Diet” to aid in the other changes. This sounds to many like a “Hippy Love and Peace” message that will not make a difference. I assure you the “Path” they lay out in “Their Message” is a difficult one. Even on the unlikely chance that these technologies stay “Suppressed”, imagine what a world we would live in if everyone made these changes to their selves?
The Blue Avians also gave a warning with this “Message”. They had tried to deliver this message “Three Other Times” and it had been distorted by humanity. They made it “very clear” that this information was NOT to become a “Cult or Religious Movement” nor was I to put myself (my “ego”) before the “Message” or elevate myself to a “Guru” status. Anyone who does so should be avoided and held accountable, including myself.
Thank you,
Corey “GoodETxSG” aka “Luke” 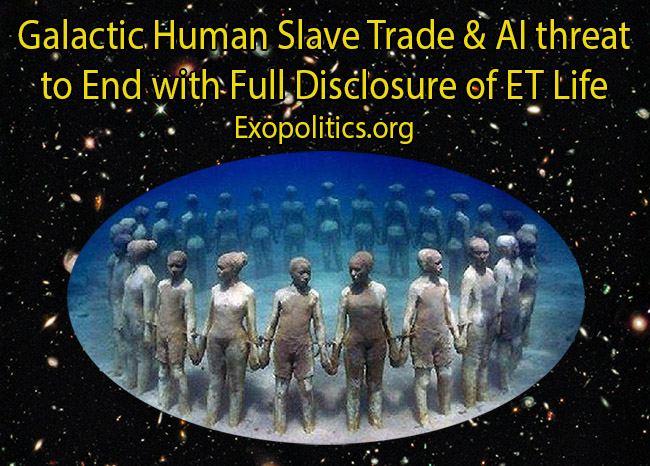 In the 18th and 19th centuries, the major colonial powers supported flourishing slave trades in their respective colonies through corrupt local elites or outright conquest of foreign territories. As the abolitionist movement spread and raised consciousness in former colonial powers such as Spain and Britain, these countries led the way in ending the global slave trade. According to the latest testimony of secret space program whistleblower, Corey Goode (aka GoodETxSG), a galactic human slave trade exists where millions of captured humans are taken off planet to distant colonies on other worlds to be bartered or abused.
Corey claims that the galactic human slave trade is now opposed by an alliance of Secret Space Programs (SSP Alliance) that plan to disclose the full truth about the abusive practices that has plagued humanity for centuries, if not millennia, due to corrupt local elites (Cabal/Illuminati) and intervention by imperial space powers (Draco Empire).
In part two of his responses to questions sent to him on May 29 Corey explains why the Blue Avian extraterrestrials belonging to a “Sphere Alliance” want him to disclose the darker side of the SSP programs (SSP programs and alliances are explained in part one).
Corey explains that full disclosure of extraterrestrial visitation and different SSPs, requires humanity to be prepared for all aspects of how humanity has been historically and more recently treated by these groups. Revealing this information is not designed to frighten or sensationalize, but to allow the collective consciousness of humanity to integrate the truth of what has happened, in order for humanity to evolve to a much brighter future – what Corey describes as a Star Trek-like society. Not wanting to deal with disturbing information is a sign of not being ready for full disclosure, thereby making it possible for egregious practices to continue. This is analogous to how refusal to discuss allegations of sexual abuse in families can allow these abuses to continue for years.
In his responses, Corey explains just how extensive the Galactic human slave trade has been, the principal parties involved, and the egregious mistreatment of those unfortunate enough to have been taken captive. Corey further explains that “Drop Zones” exist, where the bodies of humans that have been killed, mutilated or exploited in some way have been left, and how national security agencies have suppressed this information.
Corey describes some of the perpetrators of the galactic human slave trade, and includes among the list the “Tall White” extraterrestrials earlier revealed by Charles Hall to be working closely with a covert faction of the U.S. Air Force. In a prior article, it was revealed that a Nazi SS program that used captive human slaves was extended into a secret Nazi Space Program that allied itself with what Corey describes as the “Dark Fleet.” Corey describes his own involvement in a covert program to interrogate human looking extraterrestrials integrated into human society that may have been complicit in the galactic human slave trade, or human mistreatment.
Some of the recent positive developments that have curtailed or mitigated the galactic human slave trade are also described by Corey. He says that the solar system wide quarantine put in place by the Sphere Alliance, has cut back on the number of captive humans previously taken outside the solar system to be sold. Corey describes the very positive role of an Ancient Mayan Space Program that has established colonies in the Pleiades, that has helped significantly in mitigating the galactic slave trade by freeing captive humans and relocating them to sanctuaries on their colonies (in an earlier article I described my own experience with a representative of this Mayan SSP).
Corey also explains the dangers posed by Artificial Intelligence that has turned on its creators in many other worlds, leading to many extraterrestrial civilizations being destroyed or hunted to extinction. He says that major public figure such as Elon Musk and Stephen Hawking have probably been secretly briefed about the danger, and this has influenced their public warnings against AI.
Finally, Corey describes a very positive future for humanity after “Full Disclosure” which will experience a future Star Trek-like civilization where former victims of the galactic human slave trade can safely return. Humanity will be finally able to evolve into a positive fourth density society where individuals will be free to develop higher consciousness abilities that will significantly improve their quality of life, as writers such as David Wilcock have been very actively promoting.
For Part One, click here.
© Michael E. Salla, Ph.D. Copyright Notice

To continue the “Q & A” process go to the following part (FAQ) of the Sphere Being Alliance Home Page and click “Ask A Question”. Type in your question in the field and click “Submit”. I am happy to answer all of your reader’s direct questions here at this location. I look forward to providing them more information and answering their questions. http://spherebeingalliance.com/faqs

I woke up at a little after 3 AM on Saturday June the 20th and was a bit anxious about this conference. I had spent the previous day at the swimming pool with my wife and two children and was pretty wiped out from one of the very few sunny days we have had in N.Texas this season.

I was quite sun burned to the point where even my scalp was in pain. I was informed of the previous afternoon that the final negotiations for the joint SSP Alliance, Sphere Alliance and ICC Leadership Conference had been completed and to expect the normal pickup method during a time window between 3:30 and 4 AM the following morning. 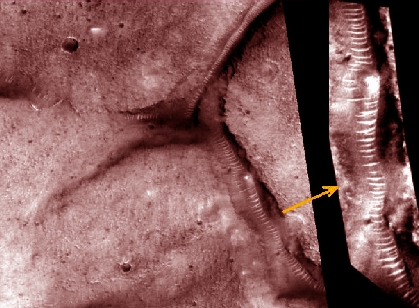 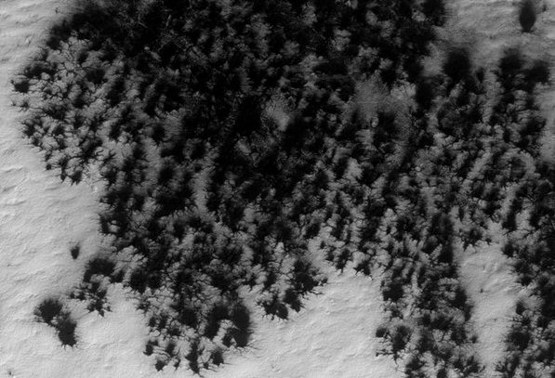 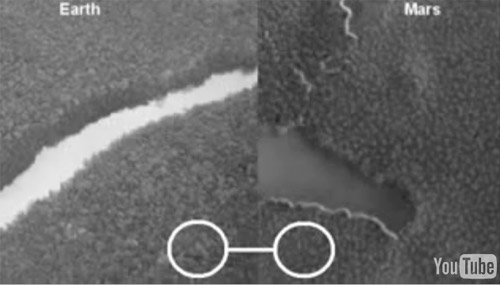 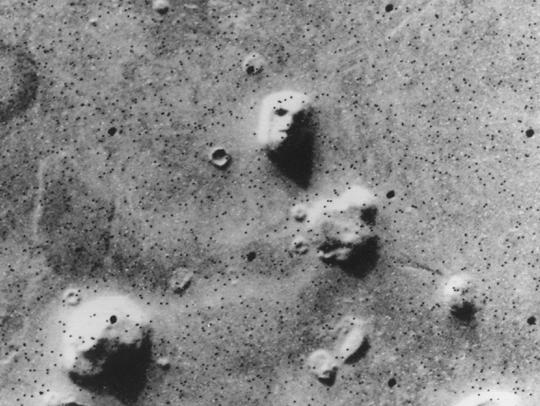