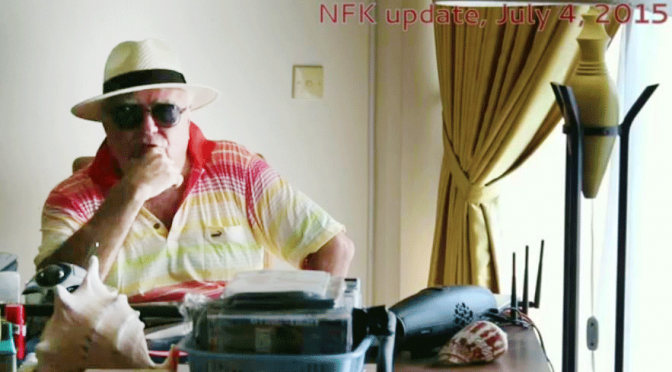 Just like we’ve always warned about the attempt of the Jesuits, aka Khazarian Mafia, to hijack the upcoming massive release of humanitarian aid through the BRICS financial mechanisms, or otherwise, by proclaiming a “debt jubilee” and a partial controlled ET disclosure, the Keenan Group is advising everyone to stay away from any “Jubilee” sounding schemes.

The Elders in charge of protecting the Global Collateral Accounts wish to have humanitarian packages be announced on the first day of 2016. Coincidentally, the first president of the BRICS Bank is saying they may be able to approve the first project by April of that year.

“We are looking forward to approving our first projects in April,” President designate of the BRICS New Development Bank Kundapur Vaman Kamath said.

“We have talked to the BRICS governments to put together projects which we can look at in the next six months, so that we have them ready for approval in April next year,” he said, adding that all the projects will be on the infrastructure area as the bank’s initial idea supposes.

This is the 3rd update from the Keenan Group this week, and is probably one of the most important updates since we started following Kennan’s perilous journey to the jungles of the East.

The Keenan Team wishes to extend belated fourth of July wishes to the USA and also to everyone else in the world.
There have been some incredible developments recently but it is too early to share them at this stage. We feel that a few clarifications must be made based on some of what we have been reading in cyberspace.   There is a large misunderstanding concerning the Global Accounts and in the video (below) you will get the cold, hard, truthful facts concerning these accounts.
We certainly understand the confusion around the Global Accounts as most people do not believe that they exist, whilst others put too much faith in the propaganda put out by the Western media.
Neil Keenan, who for the past seven years has gone “all in” in his efforts towards saving the accounts from exploitation by the Khazarian Mafia Banksters (the Federal Reserve et al) and returning the assets back to the heirs of the people who put them there.
And, more importantly; to use the Global Collateral Accounts for the purposes that the depositors intended them to be used for; world humanitarian aid. Neil has risked his life, his family, his friends, and his money during this time. And no one has been as intricately involved with the accounts as he has been, except for the Banksters; until he effectively shut them out.
And yes, they are now shut out.  After our work is done, the era of humanitarian help for a needy world begins. The elders told Neil that they would like to see this happen by January 1st.  We will all be eagerly watching for the exact date.
Please do not heed anything that you hear in the area of  “Jubilee”, in regard to the Global Accounts.
The fact is in today’s world, “Jubilee” is neither commemorated nor celebrated, according to Rabbi Baruch Davidson.  The Biblical explanation for “Jubilee” is;
According to biblical law, the Jubilee is only observed when all twelve tribes of the Jewish nation are living in Israel, as is derived from this verse, “And you shall sanctify the fiftieth year, and proclaim freedom throughout the land for all who live on it,” which implies that the Jubilee is only sanctified when “all who live on it” – meaning, all who are meant to be living there – are in the Land of Israel. Furthermore, the Jubilee is only observed when every tribe is living in the specific part of the land which was allotted when the Land of Israel was divided.
That should put to rest the “Jubilee” chattering.
As this post is a little late making its way into cyberspace, the second article on the Red Dragon has already been released along with a follow up which deals with their attempt towards a rebuttal.
But they have no grounds for rebuttal. Only those people incapable of performing, or those people unwilling to perform their own due diligence; will be victims of these shysters now.
We have had to spend way too much time on these counterfeits, putting ourselves in a position of “overkill”, but the research and due diligence had to be done.  And it was – and we “hit the nail square on the head”.
As an aside, the Lindstroms should thank their lucky stars for not having been on the receiving end of some maniacal actions of The Black Nobility for using their names.
Although that could change as this information is exposed to the world, as it is now.  Maybe father and son need a bunker of their own?
If you have not read the post, please do as you will need the information presented to put this story to bed. With regards to our “hitting the nail square on the head” statement, it is noteworthy that within minutes of our post hitting the internet, Vladimir Kobzar took down his Alpha Omega Station bank website. We will not be surprised if that is the action taken by the others who were “outed” in this post.
It will be interesting to see what Dave Schmidt now does as he is connected to Jerzy Babkowski, aka “Zap” on the Dinar blogs. Again, the truth prevails.
We will be back with you when our work is done. We are fighting the good fight and have been successful in overcoming each and every obstacle put in our way.
We are hoping to be able to relay good news to you in the very near future.  Until then, remember that it is “We the People” that will change the world.