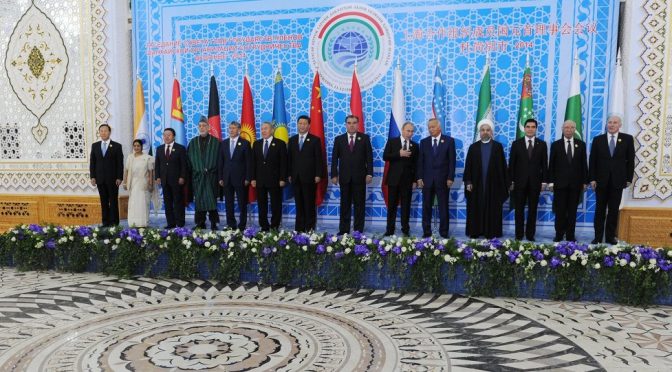 The Eurasian Union has grown bigger by the day. At least three more nuclear powered countries have joined the Shanghai Cooperation Organization making the Eurasian Union at par or even bigger than NATO.

Iran, Turkey, India and Pakistan have joined the Silk Road-Eurasian Union while Saudi Arabia has also pivoted to the BRICS giving headaches to the British / Israel Ashkenazi Jews and ensuring peace in the region.
Both Turkey and Saudi Arabia will have nuclear power systems soon.

sputniknews.com
18:19 16.07.2015
During last week’s triple meetings consisting of the BRICS summit, the Eurasian Union and the Shanghai Cooperation Organization, decisions were made that could affect the future of Europe.
Had Europe been a part of this, there would be a common economic space and a toll free route from Beijing to Minsk. The 50 billion dollars that China has invested in the Silk Road (designing and facilitating the movement of goods) would have paid for itself much faster.
But if the ‘Silk Union,’ which is primarily an economic project, plays an economic part, then the Shanghai Cooperation Organization, which was recently joined by India and Pakistan, is serving a geopolitical and strategic role.
The SCO now brings together almost as many nuclear powers as the UN Security Council, and the prospect of Iran’s membership will further strengthen this tendency. Iran can be an abundant source of economical oil and there is great interest in investing in Iran’s deficient energy infrastructure.
For Iran the economic benefits are potentially huge. Trade with and investment from SCO member-states will increase exponentially, resulting in the reinforcement of Iran’s strategic role in the Middle East.
On the security front, Iran is seen as a potential partner in the SCO’s efforts to stabilize Afghanistan among other issues. The organization wants to ensure stability and fight terrorism in the territory through which the Silk Road passes.
Therefore, China has promised to cover the costs of the operation by the Afghan national security forces in their fight against terrorism and take control of the peace talks with the Taliban.
The organization’s security goals, among which are the fight against terrorism and extremism and cooperation to act as sort of a counterweight to NATO, is quickly widening. Today, SCO member-states cooperate in various areas, from trade and energy to science and education.
“Before our eyes, the West is losing its role as the sole guarantor of security in conflict-affected countries. The SCO has this power and money,” Dawid Warszawski wrote for Polish publication Gazeta Wyborcza.
Despite the differences and mistrust that prevails between India and Pakistan due to issues of terrorism, border instability and the Kashmir issue, the SCO has served as a mutually appealing platform for both the countries to collaborate together.
Even Turkish President Recep Tayyip Erdogan, who later had to say that he was joking, said that he was willing to give up the desire to join the EU if the SCO took Ankara into its union. 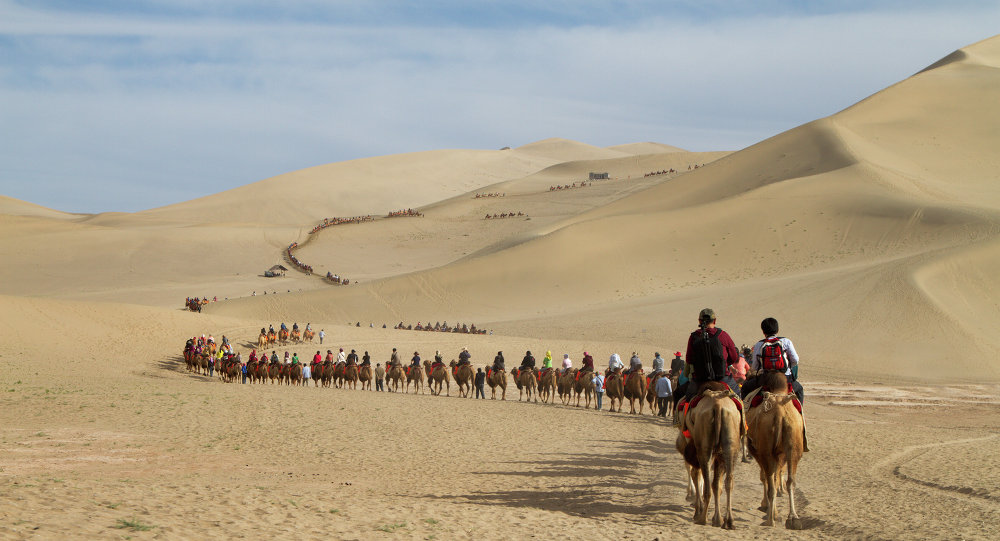 19:37 27.05.2015
The combined effort of China and the Arab world to implement the ‘Silk Road’ initiative may further enhance regional economic cooperation, promoting stability and prosperity in the area, a senior Chinese political adviser said on Tuesday.
Wang Zhengwei, vice chairman of the National Committee of Chinese People’s Political Consultative Conference (CPPCC) said that China and the Arab world enjoy stable friendship, strong political ties, economic compatibility and growing trade networks.
Wang advised the two sides to step up their strategic energy cooperation, increase two-way trade and mutual investment and promote exchanges between the industrial and business communities of the two.
Lebanon’s Prime Minister, Tammam Salam, attended the conference. He said his country is looking forward to participating in the economic course of the Silk Road initiative.
“China has become the largest trading partner for Lebanon, and we expect this partnership to extend owing to the new horizons of cooperation,” added the prime minister, reports China’s media.
The ‘Silk Road’ initiative was proposed by Chinese President Xi Jinping in 2013, and is aimed at reviving the ancient trade routes that extent to Asia, Africa and Europe.

sputniknews.com
19:39 18.05.2015(updated 20:05 18.05.2015) Get short URL
China’s “One Belt, One Road” initiative has already become the cornerstone of Xi Jinping’s foreign policy: the Silk Road Economic Belt aims to facilitate the economic development of nations along the route as well as to strengthen China’s geopolitical position.
“Initiated as part of a strategy to develop China’s western regions, the idea was to help reconnect Xinjiang to Central Asia, and ultimately through the region to European markets. For Beijing, Europe is the other end of the Silk Road Economic Belt,” emphasized Rafaello Pantucci, Director of International Security Studies at the UK-based Royal United Services Institute (RUSI).
According to the expert, “an economic force is sweeping along the Silk Road bringing China ever closer to European markets.” Predictably, some European decision-makers fear that the flow of Chinese goods will pose a substantial threat to European industries.
“But this is a dynamic that is going to happen anyway and is already underway. Far better to try to focus on the other side of the equation and the potential opportunities,” the expert emphasized.
Rafaello Pantucci underscored that high-end luxurious European goods “can travel back along this route” to swiftly growing Chinese middle class and elite. At the same time, Europe can contribute to the economic development of the countries along the “Silk Road.”
Indeed, Xi Jinping’s initiative is supposed to cement economic ties within the Eurasian continent and facilitate the economic growth of both Asian and European powers, including Russia and former Soviet Republics, by providing them with unique opportunities.
“For Europe, China offers the opportunity to magnify effect – Europe’s economic and political force is substantial, but when bolstered by Chinese capacity and means, it becomes an even more substantial force,” the expert noted.
Rafaello Pantucci suggested that Europe can assist China in its efforts to establish closer links with Central Asian countries and help Beijing to address the needs of the region.
According to the British expert, the EU and OSCE have a unique experience in dealing with Central Asia’s economic and political problems and can provide Beijing with “a set of lessons and experiences that China is simply unable to replicate, but is keen to learn from.”
While Europe is considering the Central Asian region a sphere of its vital interest, there is another valuable source of experience in dealing with the region’s issues.
Russia, which is regarded by China as a longstanding strategic ally, has a long history of successful cooperation with Central Asian nations.
However, the Chinese Silk Road initiative can become a way out for the EU, which is suffering from a protracted economic slowdown, and may strengthen Eurasian continental powers both politically and economically.