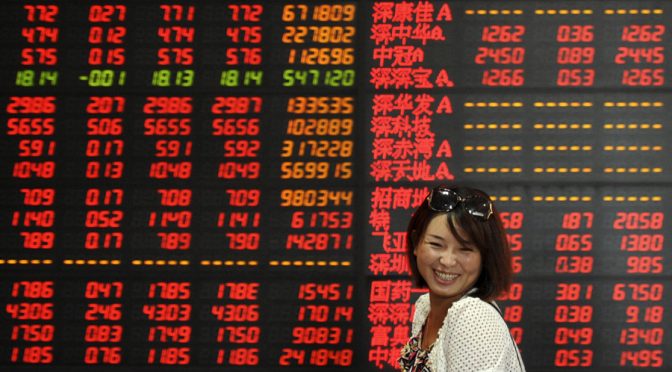 The recent attack on the Chinese Stock Market wiping out more than $3 Trillion in stock market values was premeditated and tied to the Pentagon’s saber rattling in South China Sea.

These are now being confirmed by some US executives having companies operating in China.
China’s multi-pronged response, i.e. hacking NYSE, threats of arrest versus rumor mongers and direct massive injection of funds to mitigate the downtrend,  was of course phenomenal as it is decisive, the West may start thinking twice before doing it again.

What’s the real story behind the $3.8 trillion Chinese correction?