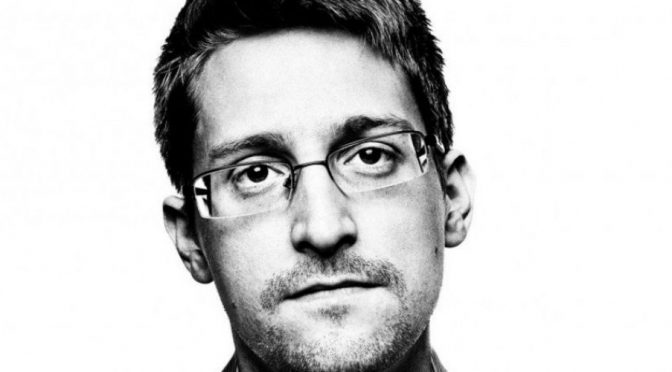 We are sharing Edward Snowden’s appeal to the Internet Engineers to make the next internet evolution be safer for the end user and not just a tool for government’s surveillance.

Our experience today is a reminder that the people are not yet free from the clutches of the Anglo Roman Empire and we must endeavor to cooperate with like minded reformists around the globe forcing the people’s agenda of a free and prosperous society.
We should not rest even when that day has come.

Snowden’s Plea to Top Technologists: Build an Internet for the People

The internet is not for businesses, governments, or spies. It’s for users—and it’s up to the independent web engineers to keep it safe for them.
The internet is not for businesses, governments, or spies. It’s for users—and it’s up to the independent web engineers to keep it safe for them.
That was the most recent message from National Security Agency (NSA) whistleblower Edward Snowden, who surprised a meeting of the Internet Engineering Task Force (IETF) in Prague, Czech Republic on Monday with a webcast Q&A.
“Who is the Internet for, who does it serve, who is the IETF’s ultimate customer?” Snowden asked of the roughly 170 engineers in the audience, referring to users. He added that current safety protocols on the web make too much private user data available to NSA and other intelligence agencies and businesses. “We need to divorce identity from persona in a lasting way,” Snowden said.
The IETF is one of the primary bodies creating voluntary standards of use, design and management of the internet, and Monday’s meeting gave Snowden a welcome platform to promote a freer and safer web.
As the Register UK reports, IETF members “have a strong independent streak, and many are still embarrassed by the fact that the NSA managed to crack a number of key internet protocols developed by the IETF and even subvert some of its working groups in their bid to develop new standards that would give the spooks easy access.”
Snowden’s 2013 revelations that the NSA was collecting bulk telephone and internet metadata prompted an ongoing global debate over the role of government surveillance and the nature of individual privacy—a phenomenon termed by media critic Jay Rosen as “the Snowden Effect.” For its part, the IETF responded to the leaks by developing a memorandum, known as a Request for Comment (RFC), entitled “Pervasive Monitoring is an Attack.”
In his Q&A with the engineers on Monday, Snowden reiterated the dangers of invasive collection of information. “People are being killed based on metadata, this is real,” he said.
The webcast came after IETF members screened the documentary Citizenfour, which chronicles Snowden’s 2013 leak of NSA files and his experience living in exile. While the session was not recorded, many attendees tweeted out some of Snowden’s key points during the address, including the need for reduced “middleboxes,” or networking devices that filter internet traffic on its way to its final destination.
“Every middlebox is an increased attack surface,” Snowden said. “The NSA will want to subvert internet security, this is what they do.”
The Register continues:
He also argued that having identifiable “long lasting” hardware addresses was “extremely dangerous,” as it connects people to, say, a MAC address when they use wireless internet connections, which can put an immediate flag on their identity and location.
Snowden connected the role of internet engineers to the fight for civil liberties and the essential right to privacy. “It is our duty to pass on the human rights we have inherited,” Snowden said. “Technologists are at the vanguard of that.”
“We need not only to think what the problems are today, but how we preserve the internet for the future,” he continued. “Everybody should be safe all the time, else we let others choose who will be safe or not.”
Snowden’s speech was met with a standing ovation. As one attendee wrote during the session, “Before, I was impressed by the courage and what Snowden did. Hearing his thoughtful detailed Q&A, I am overwhelmed [by] his intelligence.”
CommonDreams

3 thoughts on “Building an Internet for the People”