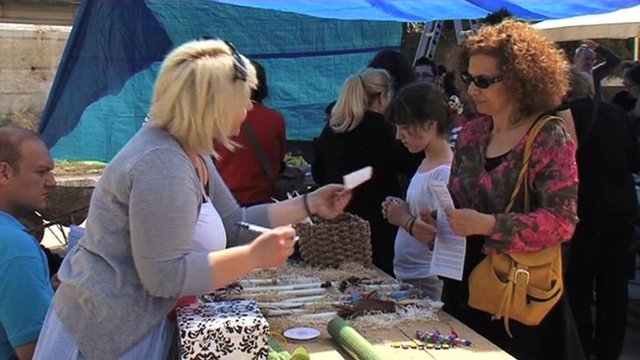 The Greeks are defying the British Empire dictated, one-sided bailout package as accepted by the Tsipras pseudo-Socialist government, by returning to the old cashless exchange of goods and services, i..e. bartering. This is obviously making the job harder for the local corporate Tsipras government by not being able to collect the necessary taxes to serve its imperial debt obligations.

Once again the Greeks are showing the world how to go beyond the prevailing norm and survive with one’s dignity intact.
Will the world wakes up to the absurdity and follow the Greeks?