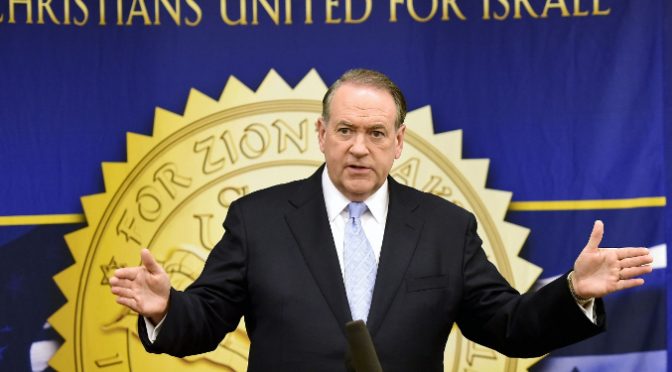 As we may already know, the Eurasian Group has now consolidated their economic and security forces and is now poised to institute profound changes to the planet in a matter of months. However, not everybody is happy.

Those people who are losing relevance with the emerging new economic order are said to be plotting strategies sabotage one of Obama’s few enduring legacy, i.e. making peace with Iran.
Recently, Israel fanatics are having a close door meeting to discuss courses of actions in order to defeat the BRICS sanctioned nuclear agreements between Iran and the White House. In the meantime, when it comes to embattled Afghanistan, the BRICS nations and the SCO have now called upon “the armed opposition to disarm, accept the Constitution of Afghanistan, and cut ties with Al-Qaeda, ISIS, and other terrorist organizations.” Translation: within the framework of Afghan national unity, the organization would accept the Taliban as part of a future government. Their hopes, with the integration of the region in mind, would be for a future stable Afghanistan able to absorb more Chinese, Russian, Indian, and Iranian investment, and the construction — finally! — of a long-planned, $10 billion, 1,420-kilometer-long Turkmenistan-Afghanistan-Pakistan-India (TAPI) gas pipeline that would benefit those energy-hungry new SCO members, Pakistan and India. (They would each receive 42% of the gas, the remaining 16% going to Afghanistan.)
Central Asia is, at the moment, geographic ground zero for the convergence of the economic urges of China, Russia, and India. It was no happenstance that, on his way to Ufa, Prime Minister Modi stopped off in Central Asia. Like the Chinese leadership in Beijing, Moscow looks forward (as a recent document puts it) to the “interpenetration and integration of the EEU and the Silk Road Economic Belt” into a “Greater Eurasia” and a “steady, developing, safe common neighborhood” for both Russia and China.
And don’t forget Iran. In early 2016, once economic sanctions are fully lifted, it is expected to join the SCO, turning it into a G9. As its foreign minister, Javad Zarif, made clear recently to Russia’s Channel 1 television, Tehran considers the two countries strategic partners. “Russia,” he said, “has been the most important participant in Iran’s nuclear program and it will continue under the current agreement to be Iran’s major nuclear partner.” The same will, he added, be true when it comes to “oil and gas cooperation,” given the shared interest of those two energy-rich nations in “maintaining stability in global market prices.”

Across Eurasia, BRICS nations are moving on integration projects. A developing Bangladesh-China-India-Myanmar economic corridor is a typical example. It is now being reconfigured as a multilane highway between India and China. Meanwhile, Iran and Russia are developing a transportation corridor from the Persian Gulf and the Gulf of Oman to the Caspian Sea and the Volga River. Azerbaijan will be connected to the Caspian part of this corridor, while India is planning to use Iran’s southern ports to improve its access to Russia and Central Asia. Now, add in a maritime corridor that will stretch from the Indian city of Mumbai to the Iranian port of Bandar Abbas and then on to the southern Russian city of Astrakhan. And this just scratches the surface of the planning underway.Years ago, Vladimir Putin suggested that there could be a “Greater Europe” stretching from Lisbon, Portugal, on the Atlantic to the Russian city of Vladivostok on the Pacific. The EU, under Washington’s thumb, ignored him. Then the Chinese started dreaming about and planning new Silk Roads that would, in reverse Marco Polo fashion, extend from Shanghai to Venice (and then on to Berlin).
Thanks to a set of cross-pollinating political institutions, investment funds, development banks, financial systems, and infrastructure projects that, to date, remain largely under Washington’s radar, a free-trade Eurasian heartland is being born. It will someday link China and Russia to Europe, Southwest Asia, and even Africa. It promises to be an astounding development. Keep your eyes, if you can, on the accumulating facts on the ground, even if they are rarely covered in the American media. They represent the New Great — emphasis on that word — Game in Eurasia. Glenn Greenwald✉[email protected]​[email protected]
The fanatical Israel-devoted group Christians United for Israel, which calls itself “the largest pro-Israel organization in the United States with over two million members,” yesterday held an off-the-record call to formulate strategies for defeating the pending nuclear deal with Iran. The star of the show was the Wall Street Journal’s longtime foreign affairs columnist and deputy editorial page editor Bret Stephens, who spoke for roughly 30 minutes. A recording of this call was provided to The Intercept and is posted here.
Stephens, who previously served as editor-in-chief of the Jerusalem Post from 2002 to 2004 (where he anointed Paul Wolfowitz “Man of the (Jewish) Year”), is essentially a standard-issue neocon and warmonger, which is why his mentality is worth hearing. He begins the strategy call with an attempt to sound rational and sober, but becomes increasingly unhinged and hysterical as he progresses. Here, for instance, is Stephens’ message that he believes should be delivered to wavering members of Congress:

Someone should say, “this is going to be like your vote for the Iraq War. This is going to come back to haunt you. Mark my words, it will come back to haunt you. Because as Iran cheats, as Iran becomes more powerful, and Iran will be both of those things, you will be held to account. This vote will be a stain. You will have to walk away from it at some point or another. You will have to explain it. And some of you may in fact lose your seats because of your vote for this deal. You’ll certainly lose a lot of financial support from some of your previous supporters.”

[soundcloud url=”https://api.soundcloud.com/tracks/217042584″ params=”auto_play=false&hide_related=false&show_comments=true&show_user=true&show_reposts=false&visual=true” width=”100%” height=”450″ iframe=”true” /]
First, note the bizarre equation of support for the war in Iraq with support for a peace deal with Iran. Second, since when do neocons like Stephens talk about the Iraq War as something shameful, as a “stain” on one’s legacy? Stephens was a vehement advocate for the attack on Iraq, as was the paper for which he works, and never once suggested that he was wrong to do so. Third, yet again we find journalists at newspapers claiming the pretense of objectivity who are in fact full-on activists: here, to the point of colluding with a right-wing group to sink the Iran Deal — there’s nothing wrong with that on its own terms, other than the conceit that journalism is distinct from activism.
If the Iran deal is defeated in the U.S., what’s the alternative? The relatively honest neocons admit, as Norm Podhoretz did today in Stephens’ paper, that the alternative is the one they really seek: full-on war with Iran. Here is Stephens’ attempt to answer to that question:

Look, there is an argument — and I am sometimes tempted by it — that if Congress were to reject this deal and then Iran were to start enriching uranium at huge rates once again, that President Obama would simply sit on his hands out of spite. That’s an option. Knowing the way this President operates, it doesn’t entirely surprise me. That being said, because this deal is effectively giving Iran a legal as well as a covert pathway to the bomb, I would still prefer that. At least it gives the next president more options than he does [sic] now.

This argument is just bizarre. Obama isn’t leaving office until January 2017: one-and-a-half years away. Neocons have continuously claimed that Iran’s “breakout” time for developing nuclear weapons was measured in months — at the most a year away. If you actually believe that, and really think that Iran is attempting to develop nuclear weapons (a claim negated by the U.S.’s own intelligence analysis), how could you be content to purposely wait one-and-a-half years?
The answer to that question illustrates why the surface “debate” over the Iran deal is so illusory and pointless: As usual with neocons, they are being deceitful about their actual intent. They don’t want a “better deal”: at least not one that’s plausible. They want to keep Iran isolated and demonized and ultimately to depose its leadership through war or other means of aggression. They hate the Iran deal precisely because it’s likely to avert that aggression and normalize the world’s relations with that country, making the war they’ve long craved much less likely.
It’s worth listening to Stephens speak in a setting where (he thought) the rules ensured that he would never be heard. It gives some insight into how neocons actually think and what they’re saying when talking only to one another.
Photo caption: Former Gov. Mike Huckabee, R-Ark., a candidate for the 2016 Republican nomination for president of the United States, shares his thoughts on Israel and the Middle East. CUFI Candidates Forum, Washington D.C., July 13, 2015.