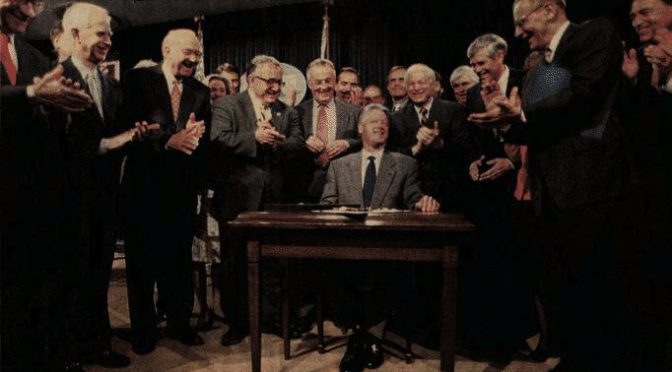 IT’S OFFICIAL! US is willing to negotiate with the Syria without the Syrian president’s removal as an apparent precondition [here].
BREAKING!!!  Russian, US Defense Chiefs Agree to Restore Military-to-Military Contacts
Exceptionalism is the perception that a country, society, institution, movement, or time period is “exceptional” (i.e., unusual or extraordinary) in some way and thus does not need to conform to normal rules or general principles. – Wikipedia

Since 1776 up to the early part of the 21st Century, the world looked up to America as the beacon of hope, freedom, land of opportunity and economic prosperity. The words of its leaders were etched and enshrine with utmost respect and honor in the annals of our history.
Yet, as public awareness advances, it has become quite clear that some of these perceptions were no longer valid and prevailing narratives were grossly inaccurate. What’s been thought as fiction is real, what was once real is fiction.
We were living in an imposed manipulated reality. Is this why they called it the American Dream in the first place?
From the White House and gracing the world stage at the moment is a pool of bad actors with a badly written incoherent script.
Words from the grapevine had it that before Russia decided to unleash an onslaught of diplomatic and military offensives in favor of Syria very recently, the Obama regime was directly arming the ISIS/L terror group and somebody in the White House even ordered Greece and Bulgaria to deny passage of Russian planes over their airspace, without Obama’s knowledge.

“The State Department had already begun pushing back against the Russian moves, for example by asking Bulgaria and Greece to deny overflight permissions to Syria-bound Russian transport planes. But the president didn’t know about these moves in advance, two officials said, and when he found out, he was upset with the department for not having a more complete and vetted process to respond to the crisis. A senior administration official said Thursday evening that the White House, the State Department and other departments had coordinated to oppose actions that would add to Assad’s leverage.”

Aside from indicating we have a crumbling White House, the order to close down airspaces is simply moronic considering that a detour to a friendlier country is always possible, i.e. in this case, Iran.
That’s not exceptionalism, right there. It’s sheer stupidism, for lack of a better rhyming word 😉
Here’s a small collection of headlines why those exceptionalists have become the laughingstocks of today’s geopolitical arena:

Do you know that there’s another side of the story about ISIS?

Years ago, self confessed Gnostic Illuminati Grandmaster Alexander Romanov warned Auntie Elizabeth that “ISIS is very upset, she wants her crown back” in 2012.
This is a very good time to watch this video to the very end…

Add to that is the reality of ISIS militants embedding themselves with the refugees flooding Europe right now,

“ISIS has threatened to flood Europe with half a million migrants from Libya in a ‘psychological’ attack against the West, it was claimed today.

“Transcripts of telephone intercepts published in Italy claim to provide evidence that ISIS is threatening to send 500,000 migrants simultaneously out to sea in hundreds of boats in a ‘psychological weapon’ against Europe if there is military intervention against them in Libya.

“Many would be at risk of drowning with rescue services unable to cope. But authorities fear that if numbers on this scale arrived, European cities could witness riots.”

“Militants were profiting from the dangerous journey across the sea by demanding half of people smugglers’ incomes in exchange for allowing them to keep operating – and to take fighters with them.

“In an interview broadcast on Sunday, [government advisor Basit] Haroun said that the boats were used ‘for their people who they want to send to Europe, as the European police don’t know who is from IS and who is a normal refugee or not. The boat owners have a list of who to take but some people come suddenly and they’re told, ‘take them with you.’ They sit down separately, and in the boat they are not scared at all.’”[5]

Is it possible that the leaders of the Islamic State who might be connected with Romanov were just playing both sides of the fence only to attack later on its real enemy, i.e. the Western Oligarchy, by forcing a massive flooding of people into its territory?
If this is what’s actually happening then, logistically, it’s now impossible for the West to survive against the flood of refugees choking the borders of Hungary and Croatia, not to mention those ISIS agents already encroaching Europe.
One report has even suggested that as much as 87,000 Islamic terrorists have successfully entered the Eurozone and the United States according to a comprehensive list sent to Western leaders by Russia.
So, this is what it takes to tame and bring down the high and mighty Nazionist Black Nobility Kahazarian Mafia, i.e. giving a dose of their own medicine.
This is a Grand Checkmate. as far as Syria and the Middle East are concern.
But, it’s still too early to celebrate considering Syria is just one theater of the whole geopolitical and economic war. We’re still under a Corporatocracy as of this time.
So, be very vigilant.

One thought on “From Exceptionalists to LaughingStocks, It’s Game Over!”