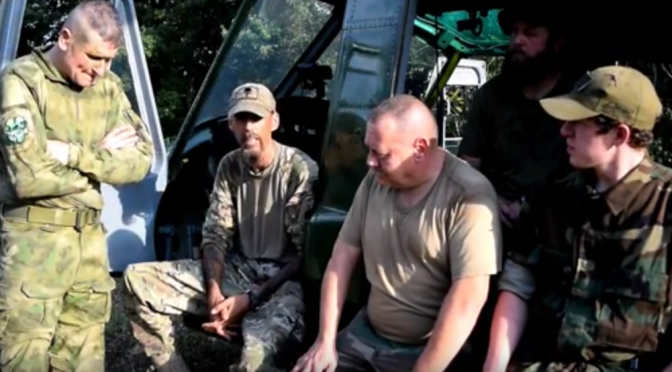 Have you noticed why street protests earned preference in the mainstream media and not the armed militia?
It’s because the entire establishment is afraid of the real equalizer, the real deterrence to a corrupt and tyrannical government that the founding fathers had the wisdom to enshrine into the very fundamental law of the Republic of the united States of America.

You can shout all day and they could just ignore you, and they’ve been ignoring you even before your great grandpa was born. Still, you wonder why nothing has changed.
Well, nothing has changed because your method hasn’t changed.
Street protest is like the regular election which creates the illusion that people are in control of their own destiny. In deep contrast, when your government wants to control the supply and price of crude oil in the global market, they don’t protest from the United Nations. They send ground troops into the Middle East. They act rather than shout.
They send you or your sons and daughters into war for their own vested interests.
Street protests are good in raising awareness, but awareness is just a very small yet important component of any revolution. The major part is the actual removal of the crooks from the entire control machinery which includes politicians, court jesters, media prostitutes and ignorant police. The subsequent implementation of practical reforms will then occupy the rest of the job where everybody could participate in.
The constitutional well-regulated militia groups across the country are hiring for the next revolution.
https://www.youtube.com/watch?t=249&v=jJ2Ludmf-3Y
If you are sick, tired and angry about your corrupt government and really want to do something about it beyond just poking around your keyboard, this is your opportunity.
Get the proper training; contribute your time and skill set, and be part of the fight for a meaningful change for your country and your family, and for the next generations to come.
If you want to prove that you are not a passive Sheeple anymore, please feel free to contact the patriots listed below, so that the next time you take your selfie you are already in full combat gear ready to take on the bad guys.
Col. Christian J Yingling
Pennsylvannia Light Foot Militia [email protected]
http://lhghostco.com
OVM 1LT David Crum
[email protected] http://ovm-cvm.blogspot.com/

2 thoughts on “Join the Militia & Make Your Country Better”