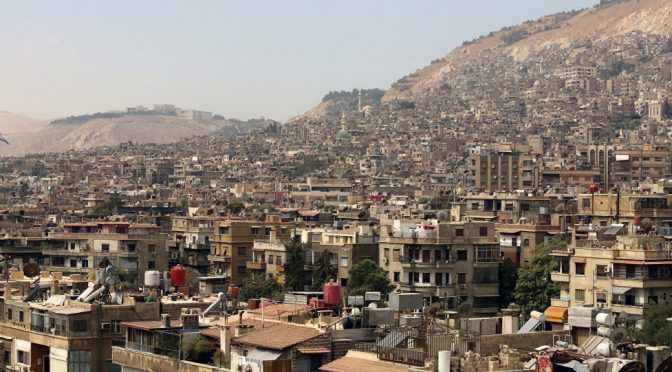 Just as soon as Saudi Arabia declared that the only way to resolve Syrian crisis, which it authored with the help of Israel and US, is the removal of Assad by force if necessary, the Russian Federation give its thumbs up to Putin’s request for their armed forces to be sent to Syria.

MOSCOW (Sputnik) – Russia’s upper house of parliament on Wednesday approved the country’s armed forces to be used abroad.
The decision includes only the use of the Air Force and does not foresee any ground troops operations, Kremlin Administration Aide Sergei Ivanov said Wednesday.

Syrian President Bashar Assad has turned to Russia with a request for military assistance, according to Ivanov.

“I would like to inform you that the president of the Syrian Arab Republic turned to the leadership of our country with a request to provide military assistance, so we may say that terrorism needs to be fought, efforts need to be combined, but it is still necessary to observe the norms of international law,” Ivanov told journalists.

Kremlin will inform foreign partners of the decision made by the parliament of using Russian armed forces abroad during the day through foreign ministry channels, and the military will do the same through their channels.
According to Ivanov, the decision was made to help Syria and protect Russian interests.

Ivanov said that the Air Force operations would be temporary, but was unable to say exactly how long they would be in play.
“In regard to the timeline, the Russian Air Force operation, of course, cannot last forever and has a definite time period, but what the time period is, for example, in regard to the number of days as well as telling you how many aircraft will be used and which armament will be used by our Air Force, I cannot say right now for obvious reasons,” Ivanov said.
Commenting on the airstrikes carried out by Western powers, Ivanov said they were not in line with international law.

“As you all know very well, the United States… is launching airstrikes on the territory of Syria and Iraq, and maybe other Middle Eastern States. Recently France has joined the same analogous actions, Australia and a number of other coutnries are talking about the same thing.. I would like to note one principal moment — these actions are being carried out in circumvention of international law,” Ivanov told the press.

Russia’s President Vladimir Putin has earlier on Wednesday requested permission from the Federation Council to use Russian Armed Forces abroad.

According to the US Embassy in Moscow, the leaders of the United States and Russia have common interests in the fight against ISIL in Syria and have agreed to create a channel between the countries’ military branches to avoid any misunderstandings during operations in the area.

“I would simply reiterate that when President [Barack] Obama met with President [Vladimir] Putin, they agreed that the United States and Russia have a common interest in fighting ISIL in Syria”, US Embassy spokesman Will Stevens said.

“However, our position is clear that President Assad is not a suitable partner for the fight against terror and extremism in Syria.  There is no sustainable path to stability within Syria that involves President Assad staying in power,” he added.
According to Fox News quoting a high-ranking US official, Russia has demanded that US airplanes immediately leave Syria.
Russia, Iran, Iraq, and Syria have recently created an information center in Baghdad in order to coordinate the fight against the Islamic State. The information center’s main goals are to provide reconnaissance on the number of IS militants, their weapons, and their movements.
Earlier this week, it was revealed that the new center would begin operations in October or November and be headed by Russian, Syrian, Iraqi and Iranian officers on a three-month rotational basis.
sputniknews.com