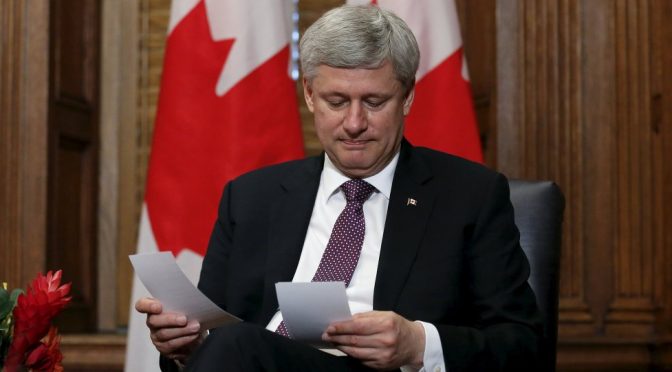 Conservative Stephen Harper tendered his resignation as prime minister after he lost to a younger liberal Justin Trudeau with at least 185 parliamentary seats, more than enough to secure the leadership.

Prior to yesterday’s election, Trudeau committed himself to the following:
Trudeau on climate change
He has promised a climate change policy agreed with the provinces within 90 days of the UN climate change summit in Paris in November.
On indigenous rights
“We will build a renewed relationship with indigenous peoples on a nation-to-nation basis,” he has said. “That will include, for example, a national public inquiry into missing and murdered indigenous women and girls. It will include $2.6bn over four years for First Nations education.”
On abortion
He is pro-choice: “It is not for any government to legislate what a woman chooses to do with her body. And that is the bottom line.”
On taxes
His first move will be to raise taxes on the richest 1% to fund cuts for the middle classes.
On marijuana
Trudeau has said he would start moves to legalise it “right away”, based on the Colorado model. 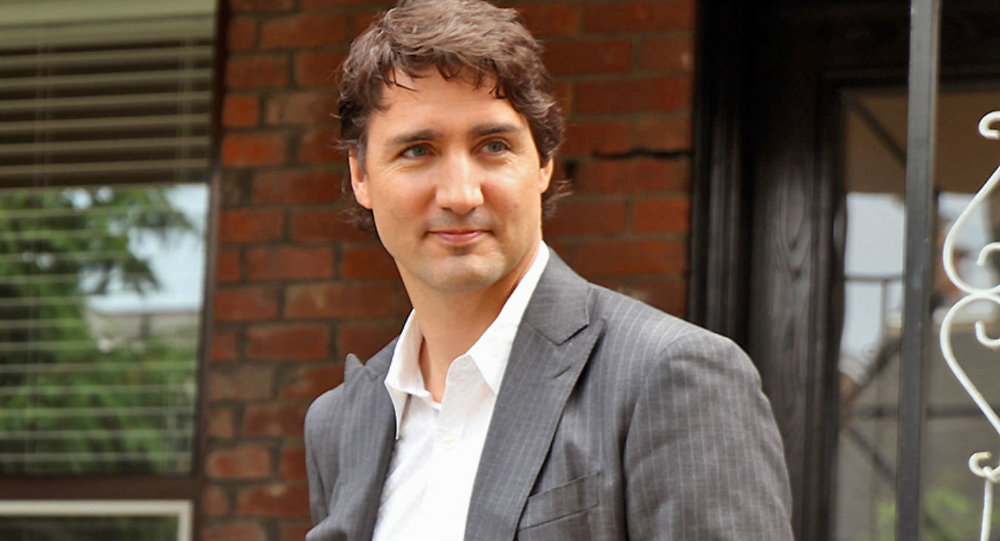 Just a few months ago, Justin Trudeau was an unlikely contender to be Canada’s next prime minister. Running third in the polls, behind incumbent Stephen Harper’s Conservatives and the resurgent leftwing New Democratic party, Trudeau – son of legendary prime minister Pierre Trudeau – was slated as too young (he is 43) and too inexperienced to haul his beleaguered Liberal party out of the electoral mess of the 2011 general election.
Follow live updates as Canada’s Liberal leader Justin Trudeau hopes to oust prime minister Stephen Harper in country’s closest election in recent history
That result saw the Liberal party – once the dominant force in Canadian politics – slump to third place for the first time in its history, its worst ever showing with just 34 seats. At that point, Trudeau brushed off expectations that he would succeed outgoing Liberal leader Michael Ignatieff, saying: “Because of the history packaged into my name, a lot of people are turning to me in a way that … to be blunt, concerns me.”
His family – he has three young children aged eight and under with his wife Sophie Grégoire – was also cited as a reason not to put himself forward. But by 2012, with other contenders falling by the wayside, the spotlight swung once again to Trudeau, and in October of that year he launched his bid with a rally in Montreal.
His victory in April 2013 was almost embarrassingly comprehensive: he took over the Liberal party with 80.1% of the vote. The national polls – initially, at least – surged in his favour.
But the path to government proved rather rockier. Progressive voters were tempted by Thomas Mulcair’s New Democrats, while Harper’s unpopular Conservative government took heart from the surprise victory – attributed to “shy Tories” – of David Cameron’s party in the UK elections in May.
Trudeau’s appeal to the centre ground risked losing out to both its neighbours.
What changed? Harper’s tactics, referring to his challenger condescendingly as “Justin” and campaign ads that poked fun at his “nice hair”, found no grip among a section of the electorate that wanted the Conservatives out at all costs, and increasingly saw Trudeau as the best chance of achieving that.
The long election campaign – the longest, in fact, since 1872, at 78 days – gave the Liberals the time to build on that boost. Trudeau told the Guardian in July that he relished it: “If there’s one thing that recent history in Canada has shown it’s that campaigns really matter. And there’s a tremendous volatility among voters who are just looking for the right alternative.”

Trudeau, for all his dynastic connections, aimed to be that alternative. Almost literally born to the role of prime minister – he was born in 1971, during his father’s first term – he took a circuitous route into political life, trying his hand at teaching, engineering, bungee-jumping coaching, environmental geography, charity boxing and acting, before ousting Bloc Québécois MP Vivian Barbot to become MP for Papineau in the 2008 general election.
In 2000, at his father’s state funeral, Trudeau delivered a eulogy that stoked whispers of a dynasty that has now secured its place in Canadian history: “More than anything, to me, he was dad. And what a dad. He loved us with the passion and the devotion that encompassed his life. He taught us to believe in ourselves, to stand up for ourselves, to know ourselves and to accept responsibility for ourselves.
“We knew we were the luckiest kids in the world. And we had done nothing to actually deserve it.
“It was instead something that we would have to spend the rest of our lives to work very hard to live up to.”
theguardian.com
This is the 3rd loses of the UK monarchy to the socialists and liberals, i.e.:

7 thoughts on “Stephen Harper Out, Justin Trudeau In”