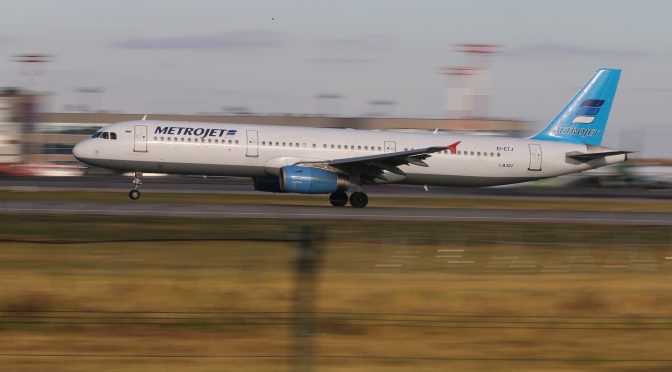 Prior to its armed intervention in Syria, Russia may have secured its borders and critical infrastructures from terrorists, but outside of the country is a different situation altogether.

The original video upload has been deleted. Here’s the backup:

Russia is denying early reports of ISIS direct involvement until all investigations are completed. However, a leaked CIA report confirms ISIS as a CIA tool to oust Assad, and with Russia’s ongoing operation against the terror group it is not too far-fetched to speculate that a bomb may been placed on board the ill-fated flight, or it may have been shot down by ISIS militants in the area in Sinai Peninsula.
ISIS may not have used an ultra-advanced telescope to accurately identify the target unless some more capable sponsors are providing the necessary logistics to launch the attack.
Anyway, here’s JimStone’s take on the event:

CONFIRMED: PLANE SHOT DOWN BY MISSILE WHILE AT CRUISING ALTITUDE

“NO MATTER WHAT THE WHITEWASH IS, THEY WILL NEVER WIGGLE OUT OF THIS ONE

Here is why: The plane, which “suddenly fell like a rock” was cruising at 30,000 feet right before it did, AND BODIES WERE FOUND OVER A FIVE KILOMETER RADIUS. Folks, there is only ONE WAY this can happen, and that is if an intelligent missile sought the plane’s center of mass, exploded, and threw bodies in all directions from far far up. That is the only way they could possibly be spread out over a five kilometer radius. A bomb in the cargo bay would have to get a lucky shot to do that, and be absolutely HUGE. Not probable. NO MATTER THE WHITE WASH, CASE CLOSED.

Now Egypt’s “ISIS” is claiming responsibility. This means Israel or the U.S. did it. Since this happened within missile strike range of Israel, well, what do you think? This plane had only Russians aboard, which virtually assures it was only important people aboard because normal flights have people from more than one country on them. Who would know that before blowing this plane up? Certainly not ISIS, if ISIS was the rag tag band claimed, they would be clueless about what they were shooting at. How would they bag the perfect Russian aircraft, and where did such a missile come from?

Forget the “engine problem” whitewash, it is unrelated and I looked into this, the crew only had problems starting the engines, once running they were fine and did not have a history of blowing people out of the airplane over a 5 KM radius . . . . . . which would be impossible anyway, an engine is not even able to get shrapnel into the passenger cabin, they are tested for that and France built the aircraft.”

If that is the case, then it is interesting to see how Putin would respond in the next few days. 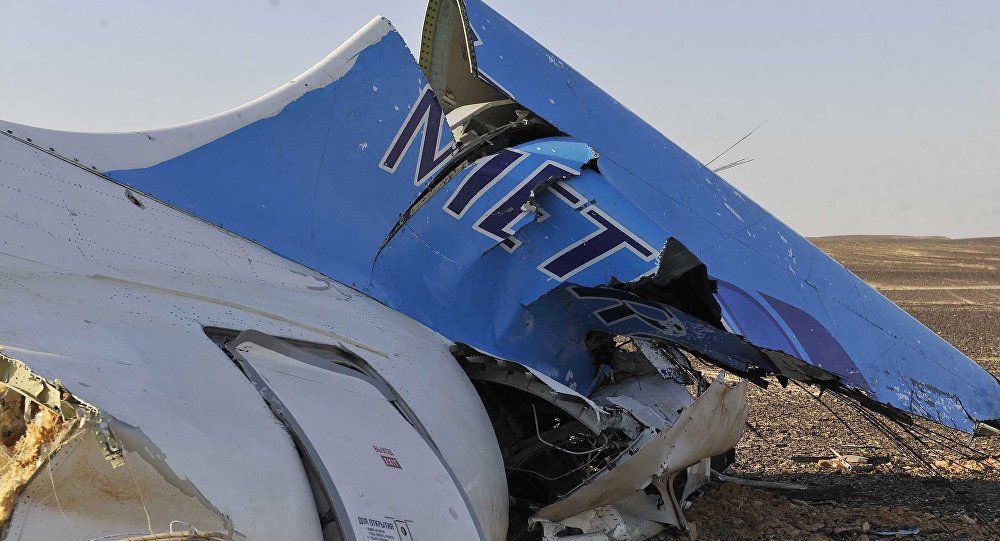 Russian passenger aircraft with 220 onboard crashes in Egypt

“A Russian plane carrying over 220 people from Egypt to Russia disappeared from radars, and crashed in central Sinai, according to Russian and Egyptian authorities.
Kolavia Flight 7K9268, an Airbus A321, went off radar 23 minutes after taking off from Sharm El-Sheikh International Airport, Sergey Izvolskiy told the media citing preliminary data.
The plane was carrying 217 passengers and 7 crewmembers, he added. Seventeen of the passengers were children.
The Russian embassy in Egypt initially said all on board were Russian citizens. Later, the Belorussian embassy said one of the passengers was Belorussian. Egyptian authorities said three of the victims were Ukrainian, but Kiev didn’t immediately confirm that.
Egyptian Prime Minister Sherif Ismail confirmed that the Russian plane did go missing over Sinai and said a cabinet-level crisis committee has been convened to deal with the incident.
The crash site was discovered hours later in a desolate mountainous area of central Sinai, Egypt’s aviation ministry reported.
The plane was destroyed and all passengers and crewmembers were killed in the crash, Egyptian military and rescue officials told AP. Earlier, media reports suggested there might have been some survivors.
The Egyptian military told RT access to the crash site may be difficult for the press due to the volatile security situation in the Sinai. Large parts of the peninsula are dangerous due to the presence of militants, with only coastal areas in the north and south adequately guarded by security forces. The crash site is in the Hassana area 35 km south of Arish, the largest city in the Sinai.
The flight was traveling from the Egyptian resort to St. Petersburg. It belonged to the Kogalymavia airline, which also uses the brand name Metrojet, an operator popular among Russian tourists going to Egypt. The plane was supposed to contact air traffic in Turkish Cyprus’ Larnaca after leaving Egypt’s airspace, but failed to do so.
The tourist operator Brisco charted the ill-fated flight. The company is a business affiliate of Metrojet and they said the captain of the Airbus was an experienced pilot familiar with the aircraft.
“The captain was Velary Nemov, who has 12,000 flight hours under his belt, so he is definitely an experienced man. Of those, some 3,800 hours he spent piloting Airbus 320s. So we don’t have any reason to suspect human error from the crew,” a spokesman for Brisco said.
The plane climbed to its designated altitude of over 10,000 meters before rapidly losing speed, dropping and then vanishing from radar. Some reports in the Egyptian media cited eyewitnesses as saying the plane was on fire as it fell.
A source at Sharm El-Sheikh Airport told RIA Novosti the pilot of the missing plane requested a change of course, saying the jet would have to land in Cairo. The source said the crew of the crashed plane had complained to the airport’s technical service that the jet had engine problems.
The rapid drop the Airbus 321 reportedly experienced before crashing indicates pretty unusual circumstances and would suggest an emergency descent maneuver conducted by the crew, Captain Richard Woodward, former vice-president of the Australian and International Pilots’ Association (AIPA), told RT.
“If engines had failed, that would give you a dramatic loss of speed initially, but the crew would have lowered the nose and commit what is called a glide descent,” he explained. “My initial thought was that it might have been an emergency descent by the crew because they had a pressurization problem or dare I say perhaps a bomb on board.”
Russia has declared Sunday a day of national mourning for the crash victims.
Metrojet had a fatal incident in 2011, when one of its planes caught fire on a runway in Surgut Airport in Russia’s Urals. Three people died and 40 were injured as the plane burned out in just 10 minutes.
The last large-scale Russian airline incident happened in November 2013, when Tatarstan Airlines Flight 363 crashed at Kazan International Airport while attempting to land. Fifty people died in the incident.”
https://www.rt.com/news/320217-russian-plane-off-radars/