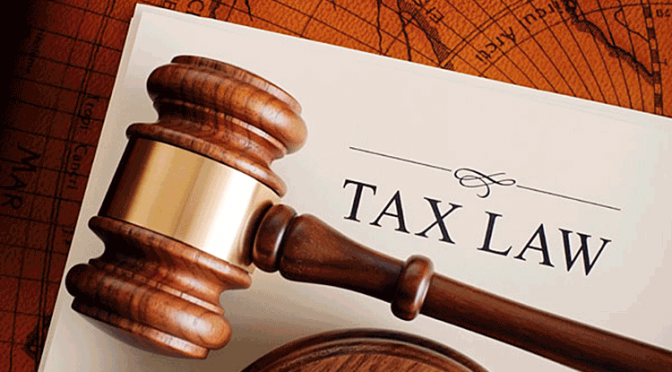 Politicians and policemen love to use the phrase “rule of law” when they argue for their positions on certain issues such as criminality and economics.
Ordained by God, the Rule of Law is supreme and it should be the binding force that unites civilized men, We  all are.

The problem is, rule of law does not always mean social justice.
Most of the time, the rule of law only masks the tyranny out of the moneyed class for they have the monopoly to hire “experts of the law” to defend them in times of aggression, i.e. their own aggression against the poor.
Therefore, in the end, the rule of law only favors tyranny and oppression, it is a sheer delusion to think otherwise.
The rule of law that we are subjected to is called commercial law, the Uniform Commercial Code, that kind of rule set which gives the semblance and color of law, i.e. those rules and statutes crafted by our representatives without our full approval.”
They have assumed full authority to make whatever rules they, or their campaign financiers / puppetmasters, deemed fit for a given situation from the day we elected them and for the entire duration of their term of office.
Representation or the use of proxy is replete in all facets of the Corporatocracy to keep the masses from seeing the big picture. This also falls to the same category as compartmentalization that is replete in school curricula and mass media.
When our lifetime interaction with the government and all other corporate entities require us our birth certificate, social security number, and tax account number that’s when we know we are deeply controlled by a system of forced servitude.
Our birth certificate became our proxy. The entire government is the effective proxy of the Oligarchy. So, when they said that we must be ruled by law, they actually mean “bend down to our will, whims and caprices.”
A strange lady bearing the corporate name of KAREN HUDES has had a long spat with common law practitioner, Anna Von Reitz, and it is interesting where these two ladies stand as it would shed light more on the former as a person and her real role as “World Bank whistleblower” and should also provide as a good review of how Corporatocracy thrives.
We have been made aware also of a PDF document where HUDES accused us as a CIA front, just like she accused Neil Keenan and Ben Fulford of the same crime much earlier. We, of course, consider HUDES a nuisance and of no value to the global freedom movement whatsoever. The Jesuits should have silenced her a long time ago for poor acting performance.
We were born and raised with deep resentment against anything having to do with the Central Intelligence Agency [CIA] and the Jesuit Hierarchy including, but not limited to, their complicit involvement in the Low Intensity Conflict [LIC] being waged for decades here in the Philippines.
Our earliest articles and published work on this site reflect this character, and we will continue onward based on the same principles that our parents before us were espousing.
Yes, this is a family tradition, but is never exclusive. Our neighbors and teachers were for decades nurturing the same views. During most evenings with an AM radio receiver on one corner, we would overhear them chatting about secret government and occult stuffs as early as the 70s.
Of course, we didn’t have a complete understanding of what was going on then. Only much later when we realized conspiracy is the only explanation.
We will continue to dig deeper on relevant geopolitical issues of the day, along with other allied issues, and will make our views known to contribute to the global discussion enhancing our collective awareness. You are, of course, free to participate through the comment section at the bottom of every page.
We will also share other people’s work we consider very important, like the work of one Anna Von Reitz…
“Every day, babies are born in hospitals and are “registered” as chattel belonging to privately owned and operated corporations masquerading as our government. These corporations patent and trademark our bodies and our names and create “citizens” for themselves that they ultimately control as slaves. This practice of “enslavement by proxy” is no less repugnant than physical enslavement and it has the same results.
They have accomplished this by obtaining undisclosed contracts under conditions of coercion and misrepresentation and by blatant fraud upon the probate courts and falsification of the civil records. They have had each one of us declared “legally dead”—- “Missing, presumed lost at sea”—and have seized upon our estates as presumed secondary beneficiaries. This legal chicanery has been assisted and expedited by a few evil politicians who literally conspired to sell their countrymen into slavery for profit.
They seize upon our property by presuming that it is “abandoned”. This is what has happened to every so-called “mortgage payment” you have ever made. It has been seized by the banks as abandoned property belonging to your own estate. They take title to our land, homes, businesses, and other private property and public property interests under color of law. They disguise installment leases as “land sales”. They disguise repurchase agreements as “loans”. They disguise “security notes” as “promissory notes”. And they steal us blind, taking their pay out of our treasury and otherwise using and abusing our own assets to do it.
Just as they have seized upon our private property via a process of fraud and deceit, they have attempted to seize upon our entire nation and claim that it is “abandoned property”.
http://annavonreitz.com/whatdoesitmean.pdf

November 12, 2015
The Joint Chiefs of Staff
General Dunsford, Chief of Staff
9999 Joint Staff
Pentagon
Washington, DC 20318-9999
Dear General Dunsford and Members of the Joint Chiefs of Staff:
Today, it is our sad duty to reiterate the facts. Our nation has been all but overrun by British-backed inland pirates making “war” upon innocent civilian non-combatants who are owed the Good Faith and Service of both the British Monarch who is supposed to act as our Trustee on the “High Seas and Inland Waterways” and the City-State of Westminster aka Inner City of London, which promised us “amity in perpetuity” under the Treaty of Westminster 1794.
These Breaches of Trust and Treaty by declared “friends and allies” and the criminality involved in their secretive execution of agreements revealed by the Secret Treaty of Verona (1845) led to the issuance of private privateer’s “licenses” to Bar Association Members including Members of the American Bar Association.
It should also be clear that the resulting theft of our resources and labor and the abuse of our Armed Forces has occurred on the watch of your predecessors, all of whom have taken their paychecks from our treasury while turning a blind eye to the corruption in which they have participated and benefited from.
The jig, Sirs, is up.
Your duty is clearly to the American People and failure to perform will not be excused.
The false legal proceedings which have allowed the criminals responsible to “redefine” freeborn Americans as debt slaves belonging to the District of Columbia Municipal Corporation and to falsify the probate court records is now fully exposed and has been published worldwide. Similar mechanisms of fraud simulating legal process have been employed throughout Great Britain, the Commonwealth, Western Europe, and Japan.
A popular press article entitled “So What Does All This Mean?” elucidating the legal fraud mechanism and documenting the way in which it was put in place is attached. An original wet-ink signed copy of the referenced “Declaration of Joint Sovereignty” and “Sovereign Letters Patent” submitted to the UN Trust Committee-North America and to the UN Security Council is attached, as is an original wet-ink signed copy of our published, printed, and bound affidavit of probable cause, “You Know Something Is Wrong When…..An American Affidavit of Probable Cause”.
Your offices are already in receipt of the General Civil Orders issued by the American People acting under the Last Man Standing Rule of our Lawful Constitution.
Your duty and the duty of the International Trustees to protect us and to protect our assets both public and private has been clearly enunciated along with our intention to live our lives in peace and our determination to stop this criminality in its tracks.
It’s our credit that has been abused to pay your salaries and buy your “toys” and it is our sons and daughters who fill your ranks and give your offices meaning. You will obey us and you will perform your duty to protect our currency and protect our national trust or we will fire you and hire someone else.
We are the lawful beneficiaries and inheritors of the American National Trust(s) and we are speaking in that capacity as Beneficiaries making demand upon the Trustees to act in our favor and according to our direct instructions.
No presumption that any incorporated entity other than our long-established States of America “represents” us may be maintained and no claim presented by any Member of the American Bar Association may be deemed credible. These con men have been waging a form of commercial war against innocent Third Parties, entrapping and entangling innocent non-combatant civilians in their private abusive bankruptcies.
Not all lawyers and bankers are bad people and many have participated unknowingly in this rape and pillaging of America. Those that have known and have willfully participated in these nefarious acts have operated as Undeclared Foreign Agents and have committed capital crimes including press-ganging, inland piracy, conspiracy against The Constitution, and unlawful conversion of National Trust assets. They are Public Enemies of the highest order, as they have abused positions of Public Trust in order to carry out their actions. They have also committed numerous lesser crimes including personage, barratry, impersonating elected officials, simulating legal process, reverse and secondary trust fraud, fraud by semantic deceit, and constructive fraud.
If your Oath means anything to you, if your country means anything to you, these crimes and those committing them must be brought to a stop. This continuing criminality is our Number One National Security issue.
Sincerely,
Anna Maria Riezinger, all rights reserved.
James Clinton Belcher, all rights reserved.
Contact: c/o Box 520994, Big Lake, Alaska RFD 99652 and as previously shared. Enclosed: Wet-ink bound copy of affidavit of probable cause, wet-ink copy of Declaration of Joint Sovereignty and Sovereign Letters Patent, copy of editorial, “So What Does All This Mean?”

3 thoughts on “When Corporatocracy is Disguised as Rule of Law”