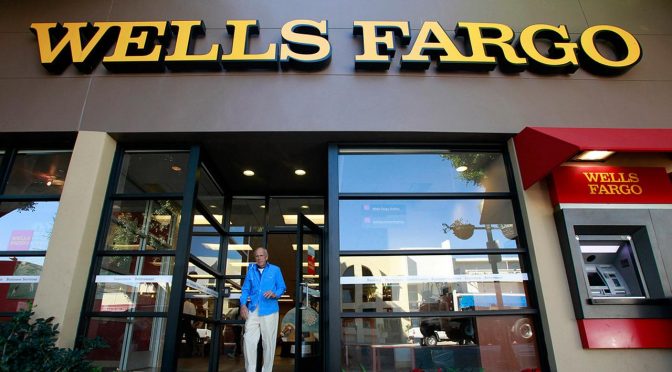 What’s more ridiculous is the fact that a major portion of these fines are tax deductibles. What?
“It’s our understanding that the $2 billion penalty will not be tax-deductible,” JPMorgan Chief Financial Officer Marianne Lake said, “but that the remaining $7 billion of compensatory payments will be deductible for tax purposes.”
http://www.npr.org/sections/thetwo-way/2013/11/19/246143595/j-p-morgan-chase-will-pay-13-billion-in-record-settlement
After they have plunged the people into some suicidal tendencies out of sheer financial desperation, not a single bank CEO has been put to prison in the US or the UK. The punishment is so trivial they could just write it off as part of the normal cost for conducting business.
However, victims of these bank foreclosure fraud can get back at the system if they bond together and use the template of one case that‘s been successfully pursued through a jury trial resulting to a $5 million jury award for one foreclosure fraud. 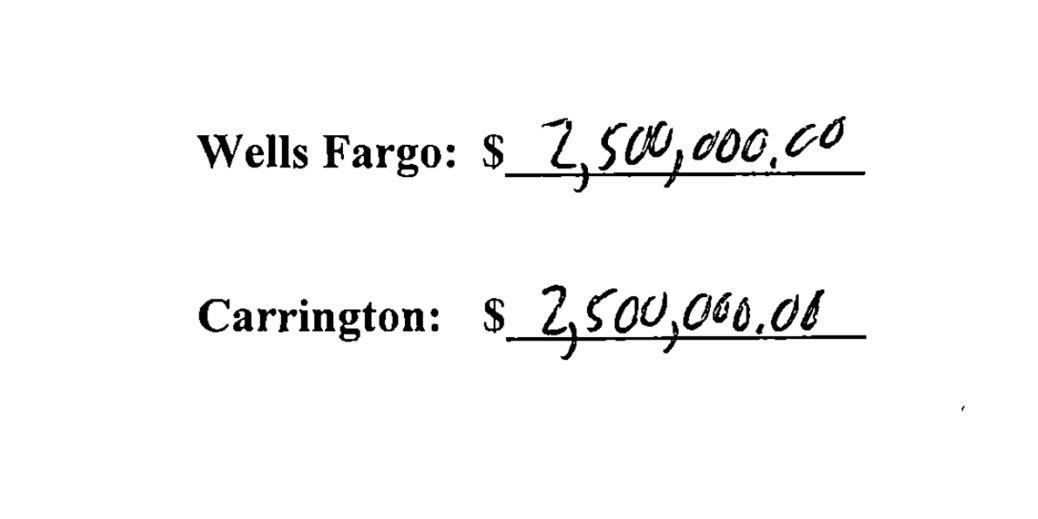 A Texas jury’s recent decision to award over $5 million in damages and fees for the fraudulent foreclosure of a single home suggests that the big banks could have been on the hook for as much as $32 trillion — before the Justice Department and state attorneys general settled for $25 billion, or less than on tenth of a penny on the dollar.
In the trial in Harris County district court, the jury awarded Houston foreclosure victims Mary Ellen and David Wolf $5.38 million on November 6, on the grounds that Wells Fargo Bank and Carrington Mortgage Services knowingly submitted false documents to kick them out of their home.
The Wolfs had taken out a $400,000 home equity loan from Carrington (then known as New Century), which was immediately sold into a mortgage-backed trust administered by Wells Fargo. The loan was never properly placed into that trust, however, breaking the chain of title and making it impossible for Carrington or Wells Fargo to legally enforce the lien.
They put the Wolfs into foreclosure anyway, relying on a transfer document fabricated (or “robo-signed”) by Tom Croft, a New Century employee. New Century did not own the promissory note or deed of trust and could therefore not legally transfer the lien, and Croft signed off without personal knowledge of the underlying loan.
The jury agreed with the Wolfs that this made the foreclosure invalid, and awarded the family $150,000 in financial injuries, $40,000 for mental anguish, $5 million in punitive damages and $190,000 in attorney’s fees. Wells Fargo can seek a new trial, ask the judge to reduce the damages, or appeal the case, though they haven’t done so yet.
Numerous court depositions released in 2010 revealed that robo-signing of mortgage documents in an attempt to prove ownership of loans and secure foreclosures – in other words, foreclosure fraud — was a widespread industry practice. Two years later, the five leading mortgage servicing companies, including Wells Fargo, paid $5 billion in fines and $20 billion in credits in return for federal and state prosecutors agreeing not to pursue civil charges.
With the jury award in the Wolf family case, we can now assess the true financial exposure on these banks and mortgage companies. There have been roughly 6 million foreclosures since the beginning of the financial crisis in 2008, and virtually all of them were completed with robo-signed, fabricated or fraudulent documents in one form or another. If we apply the $5.38 million jury award to all of those loans, you have a potential cost from the foreclosure fraud scandal of $32.28 trillion.
This obviously represents the extreme edge of the possible financial hit to the industry. A small number of foreclosures may have been completed properly. And while the settlement didn’t preclude individual civil lawsuits most foreclosure victims don’t have the wherewithal or fortitude for a protracted legal fight like the Wolf family did.
It’s law enforcement’s job to step in and protect the rights of vulnerable victims lacking resources. And the contrast between the penalty banks actually paid, and what they could have been put on the hook for, could not be more stark. The $25 billion National Mortgage Settlement – and calling it that is extremely generous, since banks got credit to pay off the penalty through routine activities like bulldozing blighted properties and donating homes to charity – represents roughly 0.08 percent of the total possible exposure.
That barely qualifies as a slap on the wrist for breaking the centuries-old American property rights system, and fraudulently mocking up foreclosure documents to cover it up.
Disclosure: I’ve written a book that will be released next May, Chain of Title, detailing these foreclosure fraud practices and the individuals who exposed them.
https://theintercept.com/2015/11/13/5m-jury-award-for-one-foreclosure-fraud-makes-u-s-punishment-look-trivial/
Mainstream sources are now claiming that a total of $235 billion have been collected from at least 20 megabanks as fines for wrongdoing. Still, this is insignificant when compared to just one swindle bucket, i.e. bank foreclosure which is about $32 trillion by simple calculation.
However, this seems to be big enough for bankers to resign en masse in 2012 which means that if we should pursue the prosecute all of them, we could force a banking crash and put all bankers in one basket so they could not infect the rest of our society, no more. 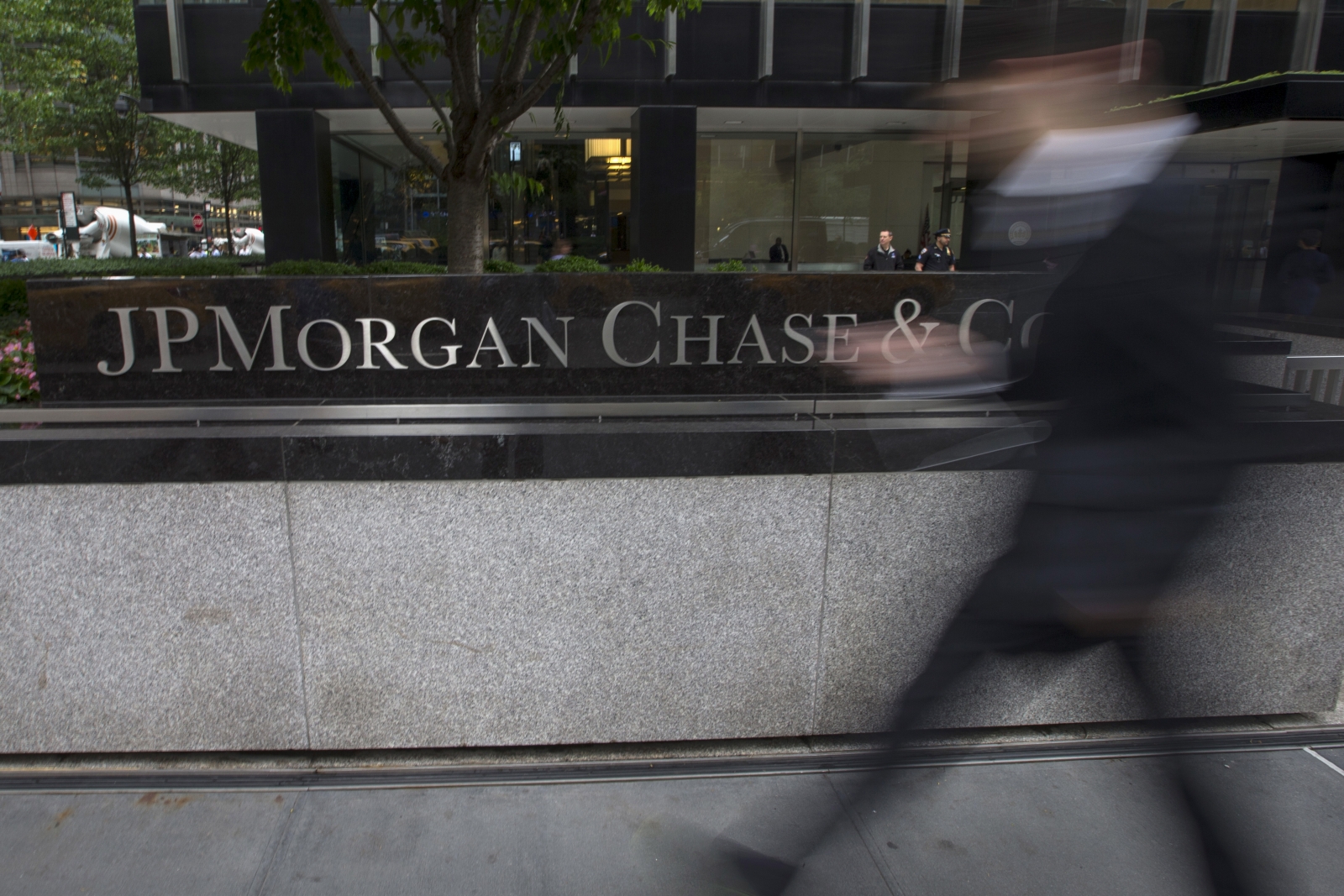 Twenty of the world’s biggest banks have paid more than $235bn (£151.71bn) in fines and compensation in the last seven years for breaching a variety of financial regulations, according to Reuters.
The financial institutions have been fined for misdeeds ranging from manipulation of currency and interest rate markets and compensating customers who were wrongly sold mortgages in the US or insurance products in Britain.
The main offenders were Bank of America, which faced by far the largest levy of around $80bn since 2008, and JP Morgan, paying up to $20m
In total, the banks were fined $141bn for mis-selling US mortgages and $44bn in compensation to UK customers.
The total scale of the payouts was roughly equivalent to the annual economy of Greece or Portugal, Reuters reported.
The banks risky practices led to the 2008 financial crisis, considered by economists to have been the worst crisis since the Great Depression of the 1930s.
The fines have affected the banks’ efforts to rebuild capital, reduced dividends for investors and cut the amount firms are able to lend.
The misconduct bill is expected to rise by tens of billions more dollars, and many politicians, regulators and industry observers said more needs to be done to deter wrongdoing.
“Some things have changed, but I’d be pessimistic of a complete shift in culture without more measures being taken,” said Mark Taylor, dean of the business school at the University of Warwick in central England.
Taylor, a former FX trader and an adviser for the Bank of England’s Fair and Effective Markets Review, said bonuses are too high, there is little threat of jail for wrongdoers and bosses are not held responsible.
“The problem is the incentives for cheating markets is massive. If you can shift a rate fractionally you can make millions and millions of dollars for your bank and then for bonuses.
“Once senior executives feel they are personally at risk if the culture doesn’t change, and individual traders feel they are at risk of being put in prison, then you’ll get a culture change,” he said.
http://www.ibtimes.co.uk/20-global-banks-have-paid-235bn-fines-since-2008-financial-crisis-1502794
For those who have lost their homes thorough fraudulent foreclosures, they won’t get any assistance from the government. But those companies engage in “national security” will get a substantial increase in budget out of the successful false flag operation in France.

The British government will “substantially increase efforts” to fight terrorists in the wake of the growing Islamic State threat. Besides 1,900 additional security and intelligence staff, Downing Street aviation security funding will be “at least” doubled.

“In the wake of the increasing number of Islamist terror plots against Britain and the attacks in Belgium, France, Tunisia and elsewhere, the Prime Minister has decided to boost resources,” a statement on Monday from the PM’s Office said, announcing the increase on security spending, believed to be the biggest since the July 2005 terror attacks in London.
The extra funding will be allocated to 1,900 security and intelligence staff to add to the current 12,700 people employed by UK’s intelligence agencies MI6, MI5, and GCHQ.
“Our intelligence agencies work round the clock behind the scenes and as the threat has grown so they too have risen to the challenge,” British Prime Minister David Cameron said, as quoted in the statement. “This is a generational struggle that demands we provide more manpower to combat those who would destroy us and our values,” he added.
Plans for “at least a doubling of funding for aviation security around the world” have also been unveiled, with government spending to be raised to some £18 million ($27 million) a year. Additional security officers will be deployed at overseas airports, while more money will also be spent on research into screening technology “to detect new threats,” as well as on personnel training and security equipment at airports “in vulnerable countries.”
https://www.rt.com/uk/322233-cameron-security-spending-boost/