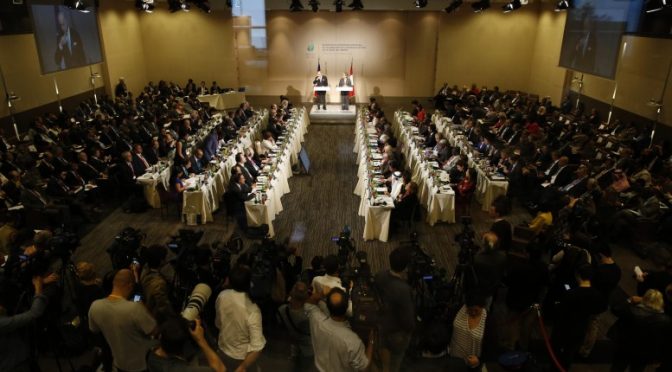 We now know that the Paris Attacks false flag is nothing different to WTC 911, i.e. suppression of privacy, restriction of movement, martial law on the interim, and perpetual war on the long term. But just like WTC 911 it has a darker set of agenda.

The Paris Attacks have distracted everyone from the Paris Climate Change Summit. In fact, the boots on the ground will suppress any protest marches from those organizations that consider the cloaked anti-carbon rhetoric as actually aimed at reducing global food production to control the population by controlling carbon emissions that is vital to growing plants.

While it is true that carbon emissions can give urban dwellers respiratory illnesses, it is also true that too much of oxygen can suffocate the lungs. Too much of everything is indeed toxic.
The solution is not zero carbon emission, but to strike a balance between carbon emitters [industrial plants, car population] and carbon absorbers [vegetation].
The problem is that they lumped all industrial firms and commercial establishments together into one location. Companies are also motivated to locate their production in urban centers to save on transportation cost.
They are forcing the migration of people into cities instead of distributing these manufacturing plants and commercial establishments in other areas. They are calling this urbanization as economic progress. We call them virtual prison cells.
The policy makers have created an imbalanced system to create a pretext for anti-carbon rhetoric to justify production reduction and promote the notion of overpopulation when it is only the cities that are overpopulated.
The same idiotic mindsets creating the problem are about to haggle together in a summit to agree on a solution that just eliminate the effects but not the actual root cause of the problem.
They want to alter the natural symbiosis between plants and animals so they could sell chemical solutions like artificial fertilizers and pesticides which ran counter to their own advertised mantra of caring for the environment, not to mention the ill effects on people’s health. This is madness sustaining itself.
But then again, whoever said they care for the environment, much less the people?
The bottom line is simple: If they can control the sources of food, water and all other resources, they can control the people. This is their only option once the fiat financial system is finally brought down.
The forces of evil are indeed hard at work. There’s no time for complacency.
The article below explores the problem of carbon emissions when alternative free energy technology is removed from the whole equation and the real intent of the UN-NWO sanctioned groups that are using the “climate change” hoax to advance a sinister agenda …

The Irrational War On Carbon: Toward The 2015 Climate Change Summit in Paris Technocracy News 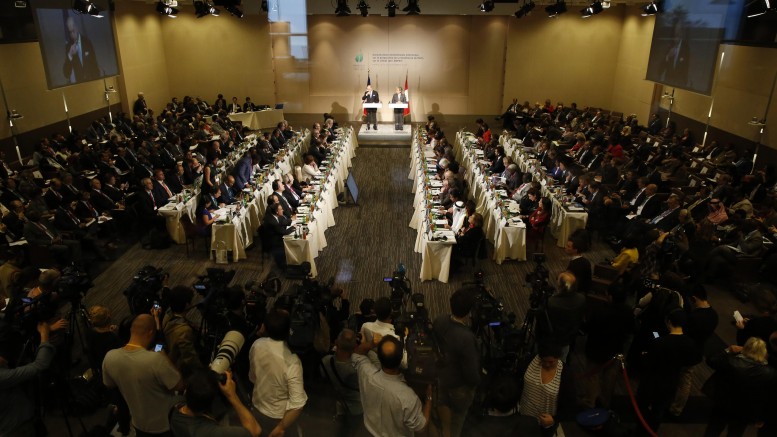 The core stakeholders who will orchestrate the Paris 2015 Climate Change Summit are out in full force to froth the brew of anti-carbon rhetoric.
There is no better example of what will be said than what has already been said by the Carbon Tracker Initiative based in London. First, they call for a “carbon bubble deflation” where the excessive production of fossil fuel carbon will be methodically reduced to zero thanks to financial pressure and asset realignment. Comparing carbon to a financial bubble serves to create an urgent avoidance, but the analogy is deeply flawed.
According to this approach, “smart” utilities and other fossil fuel users are told that they should divest themselves of assets related to coal, oil and their derivatives. Carbon Tracker then reminds the company that if management winds up with “abandoned assets” in their portfolio, they will have failed their shareholders.

Christiana Figueres, the United Nations’ climate head, loves this approach and is backing it 100 percent. She stated in May 2014,
“Governments have agreed to limit global temperature rise to less than 2 degrees Celsius. Governments have also agreed to put in place the pathways to deliver this with a new and universal agreement in Paris towards the end of 2015. In order to reach this goal, large amounts of coal and oil will have to stay in the ground, unburnt. Carbon Tracker’s new [oil and coal cost] ‘Curves’ report indicates where in respect to the oil industry some of those stranded assets and some of those red lines will lie.”
Will The Carbon Tracker Initiative have an impact at the Paris 2015 Climate Change Summit? They believe they will:
“We have the technical knowledge, connections and reach to get inside the mind-set of the global financial community and effect change on a global scale. We are a non-profit, independent organisation, free from the commercial constraints of mainstream analysts and able to set our own research agenda.”
Secondly, they have the full support of the United Nations.
The ultimate goal (by 2030) is nothing less than to completely stop all production of coal and oil.
Let’s analyze this a bit. When Carbon Tracker Initiative calls for “carbon deflation”, any rational economist would perceive that this will also cause economic deflation as well. Why? Because energy is required for all economic activity and currently carbon provides the bulk of that energy. Secondly, there are no substitutes offered to make up the difference in those deflated resources.
Will wind and solar power be sufficient to completely replace the loss of coal and oil? Hardly. According to the U.S. Energy Information Administration, 67 percent of America’s electricity is currently derived from these resources. If you add in nuclear and hydropower, the total rises to 92 percent. By comparison, all sources of renewables combined (wind, solar, biomass, geothermal) only produce 7 percent.
There is no concrete plan on the table anywhere that could begin to replace the missing energy if coal and oil are summarily eliminated. The lack of solutions is underscored by Bill Gates’ recent plea for a huge increase in research funds to explore new technologies. In the end, Gates says he is hoping for a miracle.
The bottom line is that the United Nations and Carbon Tracker Initiative want to kill the only major source of energy today, while hoping against hope that some unforeseen miracle will bail them out later.
It doesn’t take a PhD to realize that this is a formula for economic disaster.
http://technocracy.news/index.php/2015/11/10/the-irrational-war-on-carbon-toward-the-2015-climate-change-summit-in-paris/
The long term solution to all forms of pollution and environmental destruction cannot be implemented without the powers that be shedding out their power to control the people. The release of free energy technology is not only economically liberating but spiritually.
Free energy knowledge, i.e. its full understanding, will alter and affect the prevailing belief systems of the world, another mechanism for crowd control. Once you understand free energy, you understand it all.
Free energy will set free everyone’s mind. This is the primordial reason why in every mainstream talk about “climate change” they can only go as far as solar, wind and ocean renewable power systems, as the only viable alternative.
Nothing could be farther from the Truth.
Even those who shy away from free energy should know that all existing nuclear plants can be retrofitted with a system that reverses radioactivity just as it is produced and generate electric power in the process.
What this means is that all economies of the world can move on to full nuclear energy production without risking radioactive nuclear fallout.
You can download Paul M. Brown’s patent  non-radioactive nuclear technology from here.  Brown died in a “car crash”.
You won’t hear activism enterprises like GreenPeace talking about Paul M Brown’s non-radioactive nuclear energy technology as much as you won’t hear Alex Jones talk about the Jesuits or the Zionist Israel.
In the same vein, we can’t expect the COP21 or the Paris Climate Change Summit 2015 to talk about real solutions.
But the false flag operations will continue to make us believe all the lies associated with it.
One of the significant sources of funds for the fascist Nazionist Jesuit Khazarian Mafia is the healthcare industry which registered a whopping $3.09 trillion in 2014, and is projected to soar to $3.57 trillion in 2017, in the US alone.
We can help take down the Dark Cabal by avoiding drugs, defeat any viral attack and scaremongering easily by knowing how to build our own comprehensive antiviral system. Find more about it here.