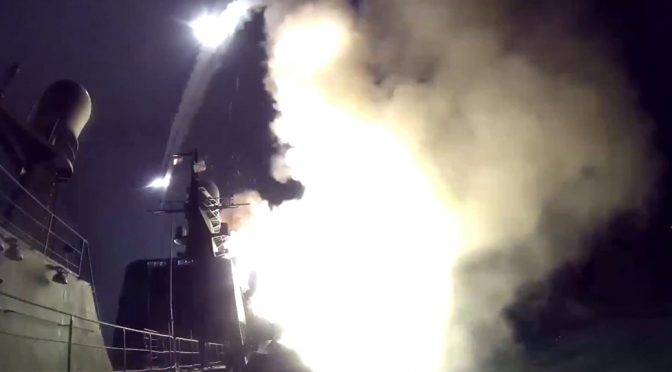 Nuclear powered BRICS countries are testing their ballistic missile systems as well as Japan and the United States in almost the same time as terror attacks from Paris to Mali happened.
Coincidence?

China is reported to be testing its secret missile system capable of hitting US spy and armed satellites in orbit. Iran has also tested its nuclear capable ballistic missile system to which the US is protesting. Russia has been testing its long range strategic bombers and cruise missiles against Islamic State for the last few days and it is closing the Mediterranean airspace for a massive naval exercise.

On the other hand, Japan was also reported to have been highly successful in testing its Chu-SAM Kai surface to air missile, destroying 100% of its targets at the White Sands Missile Range, New Mexico.

On the surface we could speculate that the BRICS is demonstrating nuclear deterrence against their adversary, and the West is returning the favor with its own missile testing, naval and aerial incursions in South China Sea.
But why is the United States having a naval exercise with China if indeed they are at loggerheads with each other? 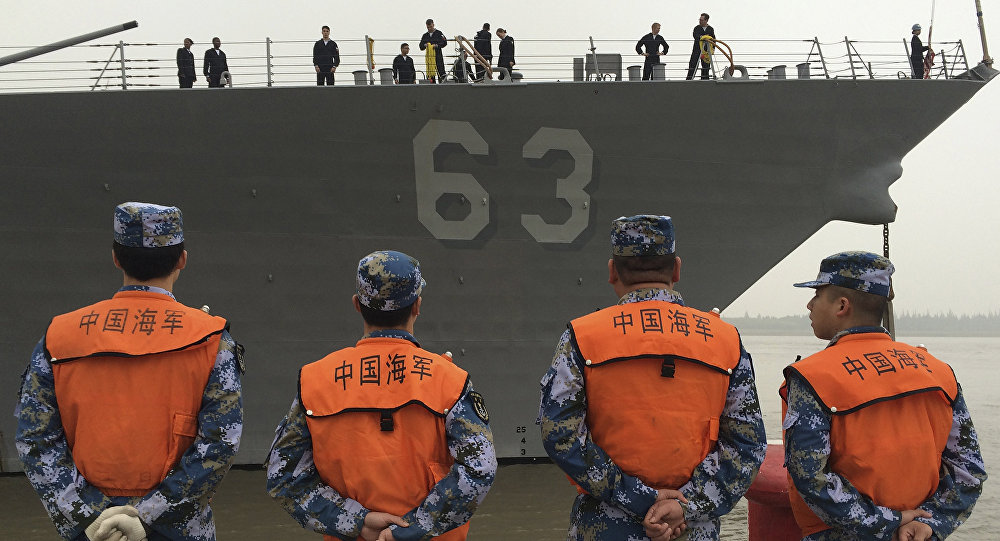 Is the White House working with the BRICS Alliance behind the scenes?

“The Paris attacks and the downing of a Russian Airbus have prompted renewed cooperation between Russia, US and EU in the fight against Islamic State. This raises the possibility of Europe lifting or easing sanctions in 2016, provided the rapprochement continues.

In December, EU officials are due to decide on sanctions policy against Russia.”

Who are the true enemies of the BRICS Alliance if indeed Western countries are already working, or are ready to work, with them after the Paris Attacks?

Or, are all of these countries fighting a common enemy which is known as the shadow government that has its own covert military, navy and air force, so powerful and pervasive by virtue of its being the primary beneficiary of “black projects” involving exotic technologies and covert operatives embedded in the CIA and private security and intelligence companies nurturing private terror groups like Islamic State and Al Qaeda?
Is the all-pervasive shadow government behind the global activation of terror cells that are now launching attacks on civilian targets worldwide?
Or, are these terror attacks just a sign of the Khazarian Mafia, the rogue faction of the shadow government, in death throes as its power and influence are being clipped systematically by the WhiteHats within the intelligence and financial agencies worldwide, in what could be considered as an ongoing covert World War 3?
What if all of these countries just coordinating their military exercises, in conjunction with false flag terror attacks, to create the illusion of global conflict and induce fear upon everyone to confine them in their homes to deter street protests and all other forms of popular dissent?
What if all these countries are just following the UN globalist agenda that is implementing a massive social engineering on us all?

Remember, until now there’s no mass arrest being undertaken against the Khazarian Mafia yet, in spite of the massive evidence already released to the public via the internet. A single warrant of arrest against a puppet like Netanyahu may be good for PR purposes but can never qualify as a convincing deterrence.

“Israel wants to quash an arrest warrant prepared by a Spanish judge for Benjamin Netanyahu over the deadly 2010 IDF attack on the Gaza Freedom Flotilla that killed ten people.

The Israeli PM and six other former ministers would be arrested if they set foot on Spanish soil.

“We consider it to be a provocation,” said an Israeli foreign ministry spokesperson. “We are working with the Spanish authorities to get it cancelled. We hope it will be over soon.”

Judge Jose de la Mata, who drew up the warrants, ordered the police and civil guard to notify them if any of the seven enter Spain.

Israeli Defence forces carried out a deadly attack on the Freedom Flotilla aid ship Mavi Marmara, which was attempting to bring supplies to Gaza, in contravention of an Israeli-imposed blockade.”

Now, every government are exploiting and maximizing the effects from the continuing Paris Attacks false flag  by implementing emergency controls against the population.

What if they are now implementing all that they have learned from the last 75 years in pursuit of totalitarianism through the grandest scale of social engineering to counter the massive awakening brought about by the internet?
Wherever we turn our heads to we are seeing the very same methods used in covert experiments done by the Nazis and Allies on their test subjects during WW2, or thereabouts.

If this is the case, then a post human world would be just around the corner.

Obviously, a lot of us would refuse to be subjected to any form of control and should launch countermeasures, while the rest just don’t even care.
The price to pay for individual freedom is indeed high and only few are willing to give it a try. But we are also told that it takes only a few to change the world, literally.
“Never doubt that a small group of thoughtful, committed citizens can change the world; indeed, it’s the only thing that ever has.” –  Margaret Mead
Yes, there are only a few who are making this planet a living hell, and it would only take a few more to undo the damage that’s been inflicted upon humanity.
Never doubt that even if the enemy could project that they are big and powerful, real power will always rest on the people and we don’t need to project and advertise it.
We just need to use it.