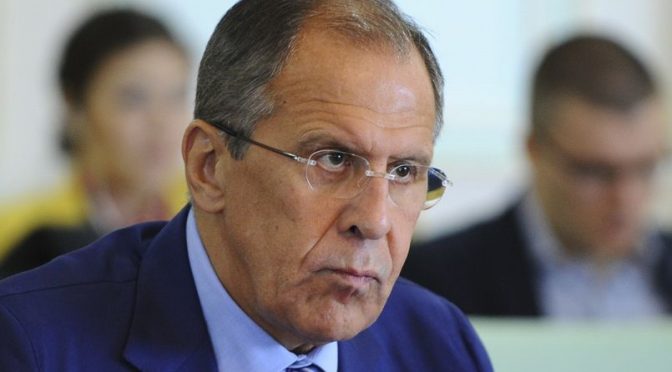 Just as we suspected due to the full media coverage of the event, the attack on one Russian Su-24 a day ago was carefully planned and only backed up with flimsiest of reasons considering that Russia’s efforts in the region were highly effective and crippling to the ISIS oil industry to which Turkey has benefited largely from.

If Erdogan is not stupid, why would he trade Russian trade and energy supply for ISIS oil smuggling? If he is just after Assad, is he expecting the Turkish population to keep him in power in perpetuity?
Here’s one illustration of Erdogan’s arrogance:

Newspapers are overflowing with scenarios that send Turkey into Syria after the expulsion of the Islamic State (IS) from Tell Abyad by the Kurdish People’s Protection Units (YPG). A flurry of speculation about operational plans followed President Recep Tayyip Erdogan’s declaration that Turkey will never allow establishment of a Kurdish state in northern Syria. According to a report by government mouthpiece daily Yeni Safak, 18,000 Turkish soldiers are to enter Syria through the Karkamis and Oncupinar crossings and set up a buffer zone 28-33 kilometers (17-20 miles) deep and 110 kilometers (68 miles) long.

Who is he to determine other people’s fate in territories other than Turkey?
The way we see it, he can kiss his political and financial ambitions goodbye right now as the Turkish population starts to feel the effects of the Russian economic and military embargo.
The real crux of the matter is that the Russian effort unravels the true role of the Erdogan government and for Putin to tell the G20, “We know you are financing ISIS”, right in Turkey’s backyard might be too hard for Erdogan to swallow, especially when just hours later more oil tankers were blown up in smoke.
The Islamic State is now on the brink of total defeat with only 34 remaining bases, mostly right near the Turkish border, reports said. NATO, Qatar, Saudi Arabia and Israel will not sit idly by.
But, for the psychopathic Nazionists to play dirty games with the real grandmaster of geopolitics and the acknowledged most skillful artist on diplomacy, they surely wouldn’t stand a chance.

Downing of Russian Su-24 looks like a planned provocation – Lavrov

The downing of a Russian warplane in Syria by Turkey appears to be a pre-planned provocation, the Russian Foreign Minister said. Ankara failed to communicate with Russia over the incident, he added.
LIVE UPDATES: Russian warplane shot down at Syria-Turkey border
“We have serious doubts that this act was unintentional. It looks very much like a preplanned provocation,” Lavrov said, citing Turkey’s failure to maintain proper communication with Russia, the abundance of footage of the incident and other evidence.
Lavrov added that many Russian partners called the incident “an obvious ambush.”
Earlier in the day, Turkish Prime Minister Ahmet Davutoglu slammed Russia for “attacks on Turkmen” in Syria, which according to Ankara preceded the incident with the downed Su-24.

The Russian FM said the region where the incident happened is not just home to Turkmen people. There are also hundreds of foreign fighters affiliated with known terrorist groups and elements of their infrastructure such as weapons depots and command points there, he said.
“I asked [Turkish FM Çavuşoğlu] whether Turkey’s close attention to this region, including the calls to create a buffer zone there, was motivated by a desire to protect this infrastructure from destruction. I didn’t receive any reply to this question,” Lavrov said.
READ MORE: Ankara defends ISIS, Turkish officials have financial interest in oil trade with group – PM Medvedev
He added the downing of the Russian warplane occurred shortly after a series of airstrikes on terrorist oil convoys and facilities by the Russian Air Force. The incident “sheds new light” on the issue, according to the Russian foreign minister.

The Russian diplomat criticized NATO for failing to express condolences to Russia over the loss of its troops lives.
“Very strange statements were voiced after a NATO meeting called by the Turks, which didn’t express any regret or condolences and in effect were aimed at covering up what the Turkish Air Force did yesterday,” Lavrov said. “A similar reaction came from the European Union.”
Lavrov reiterated the statements of the Russian Defense Ministry, which denied Ankara’s allegations that the Russian warplane had violated Turkish airspace.

He added that even if Turkey’s words were taken on face value, its actions contradict its own position expressed in 2012, after Syria took down a Turkish military plane. At the time, then-Prime Minister Erdogan told the Turkish parliament that a short incursion into another nation’s airspace cannot justify an attack on it.
Russia’s relations with Syria will change after the attack on the Russian plane, Lavrov said, adding that Turkey, which is now calling for dialogue, should have done more to communicate with Russia prior to and right after the incident.

Moscow will measure its response to limit the harm done to Turkish and Russian businessmen, who had nothing to do with the incident, and would decide on a proper action, Lavrov said.
“We cannot fail to react to what happened. Not because we must retaliate. It’s just that there are too many issues in Turkey that pose a direct terrorist threat to our citizens. And not only ours,” he said.
Lavrov said after canceling his planned visit to Istanbul that Moscow doesn’t indent to send any senior officials to Turkey or receive any senior Turkish officials. At the same time, phone channels remain open, as evidenced by the call with Foreign Minister Mevlüt Çavuşoğlu.
The Russian minister said there was a question of American involvement in the downing of the Russian plane. According to his sources, the US demands all members of the anti-IS coalition led by Washington, who use US-made military aircraft, coordinate all deployments with the US military.
“I wonder if this demand of the Americans covers… Turkey. If it does, I wonder whether Turkey asked permission from the US to fly its US-made planes and take down – let’s say ‘an unidentified’ – plane over Syrian territory,” Lavrov said.

The senior Russian diplomat said the problems at the Turkish-Syrian border could be solved by simply closing it, as suggested by French President Francois Hollande during his meeting with US President Barack Obama in Washington.
“President Hollande suggested measures to close the Turkish-Syrian border to stop the flow of militants and finances to terrorists. It’s remarkable that President Obama didn’t react to it. I believe it’s a good suggestion and that during the visit tomorrow President Hollande will tell us details. We are prepared to consider these measures in earnest. Many people say that sealing the border would effectively eliminate the terrorist threat in Syria,” Lavrov said.
https://www.rt.com/news/323404-lavrov-syria-s24-turkey/

BERLIN, Germany – NATO must force Turkey to stop its undeclared support of the Islamic State (ISIS) and shift its policy toward the Kurdistan Workers’ Party (PKK), the deputy speaker of the German parliament said.
Claudia Roth said in an interview with Rudaw that Turkish President Recep Tayyip Erdogan’s government is pursuing a “murky” policy in Syria because it wants the Kurds weakened and their fighters “annihilated.”
“What we have learned is that Mr Erdogan wouldn’t mind if Kurds were weakened and then annihilated,” said Roth, deputy speaker of the Bundestag and a Green Party MP.
Erdogan’s “dealings with the ISIS are unacceptable. I could not believe that Turkey harbors an ISIS militant camp in Istanbul,” Roth said. “Turkey has also allowed weapons to be transported into Syria through its borders. Also that the ISIS has been able to sell its oil via Turkey is extraordinary,” she added.
Turkey categorically denies any dealings with ISIS. But there are many reported accounts of foreign jihadi fighters crossing from Turkey to Syria, wounded militants treated in Turkish hospitals and Ankara turning a blind eye to ISIS selling smuggled oil.
http://rudaw.net/english/middleeast/12102014

Turkey could cut off Islamic State’s supply lines. So why doesn’t it?

In the wake of the murderous attacks in Paris, we can expect western heads of state to do what they always do in such circumstances: declare total and unremitting war on those who brought it about. They don’t actually mean it. They’ve had the means to uproot and destroy Islamic State within their hands for over a year now. They’ve simply refused to make use of it. In fact, as the world watched leaders making statements of implacable resolve at the G20 summit in Antalaya, these same leaders are hobnobbing with Turkey’s president Recep Tayyip Erdoğan, a man whose tacit political, economic, and even military support contributed to Isis’s ability to perpetrate the atrocities in Paris, not to mention an endless stream of atrocities inside the Middle East.
How could Isis be eliminated? In the region, everyone knows. All it would really take would be to unleash the largely Kurdish forces of the YPG (Democratic Union party) in Syria, and PKK (Kurdistan Workers’ party) guerillas in Iraq and Turkey. These are, currently, the main forces actually fighting Isis on the ground. They have proved extraordinarily militarily effective and oppose every aspect of Isis’s reactionary ideology.
But instead, YPG-controlled territory in Syria finds itself placed under a total embargo by Turkey, and PKK forces are under continual bombardment by the Turkish air force. Not only has Erdoğan done almost everything he can to cripple the forces actually fighting Isis; there is considerable evidence that his government has been at least tacitly aiding Isis itself.
http://www.theguardian.com/commentisfree/2015/nov/18/turkey-cut-islamic-state-supply-lines-erdogan-isis

Russian President Vladimir Putin confirmed Aleksandr Akhmadulin was rescued by the Syrian army after his Su-24 bomber was hit on the Syrian/Turkish border and came down in the northern Syrian Turkman mountains yesterday morning.
His announcement comes after the Russian ambassador to France said the pilot had been making his way back to the airbase earlier this morning.
Defence Minister Sergei Shoigu said the saved pilot is “safe and sound” at the air base.
http://www.express.co.uk/news/world/621957/Russian-jet-pilot-escaped-Turkey-shooting-safe-sound-base-Syria-Putin