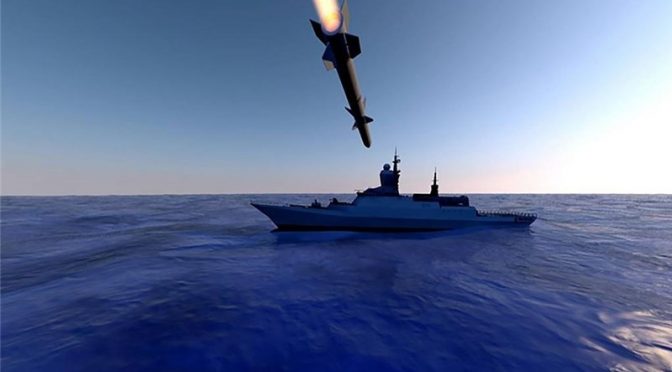 A few days ago, Yemen Army launched large offensives against Saudi positions killing ISIS mercenaries and Saudi commanders alike. Now, it has scored another big by sinking another Saudi warship with Russian made Katyusha rockets.

Katyusha rockets made its debut back in World War 2 when they were unleashed against advancing Nazi soldiers.

December, 05, 2015 – 13:11
TEHRAN (Tasnim) – The Yemeni army managed to destroy another warship belonging to the Saudi-led coalition, the army’s spokesman announced.
Yemeni troops targeted and destroyed the warship by Katyusha rockets, Brigadier General Sharaf Luqman was quoted by the Arabic-language Al Mayadeen TV network as saying.
This is the sixth warship destroyed by the Yemeni army’s forces since the start of Saudi aggressions against the Arabian Peninsula country.
Yemen’s defenseless people have been under massive attacks by a coalition led by the Saudi regime for more than eight months.
On March 26, Saudi Arabia and some of its Arab allies began to launch deadly airstrikes against the Houthi Ansarullah movement in an attempt to restore power to the fugitive former President Abd Rabbuh Mansour Hadi, a close ally of Riyadh.
According to Yemeni sources, some 7500 people have been killed in the Saudi-led aggression so far.
http://www.tasnimnews.com/en/news/2015/12/05/934443/yemeni-army-destroys-saudi-led-coalition-warship

One thought on “Yemeni Army Destroys Another Saudi-Led Coalition Warship”