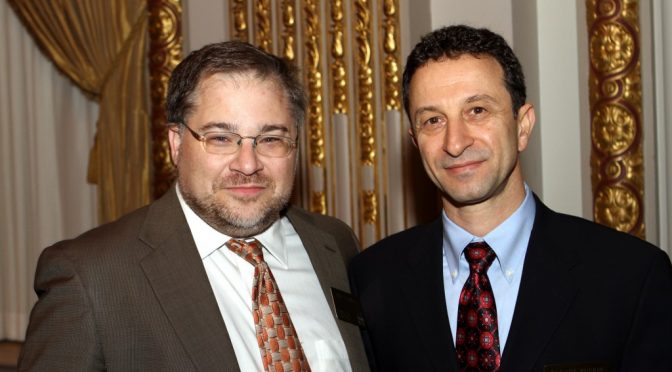 The Nazionists Khazarian Mafia are not on the exit door just yet. In fact, they are embedding themselves into some shell corporations owned by their Rothschild godfather so that when the fiat dollar is finally put out of circulation, they could still feed themselves generously.

This is made possible for lack of American resolve to detoxify their own house. All they cab do at the moment is spread rumors of Obama being issued with warrant of arrest for the Interpol to implement.
Granting that this is true, why would they rely on some third countries to arrest their own elected Holy Orator?
Vanguard itself is making strides in China at this moment, which means that the Nazionist Cabal are not really being squeezed out of funds but are being continuously accommodated.

This brings us to question the real accomplishment of the White Dragon Society. Is there not one among 200 million ninjas that could still fly on roof tops anymore, Ben?
This Rothschild front company also has Dick Cheney on board, among others.

NEWARK, NJ, Sep 09, 2015 (Marketwired via COMTEX) — Genie Energy, Ltd. GNE, -6.90% and Michael Steinhardt, the Chairman of the Strategic Advisory Board (SAB) of Genie Oil and Gas, today announced that several distinguished leaders and public policy shapers have joined Mr. Steinhardt on Genie’s Strategic Advisory Board. They are: Dr. Lawrence Summers, Governor Bill Richardson, Senator Mary Landrieu and R. James Woolsey.
Dr. Lawrence Summers is the Charles W. Eliot University Professor and President Emeritus at Harvard University. He served as the 71st Secretary of the Treasury under President Clinton and as Director of the National Economic Council for President Obama.
The Honorable Bill Richardson served as Governor of New Mexico from 2003 to 2011. He was U.S. Ambassador to the United Nations (1997-1998) and Energy Secretary in the Clinton administration (1998-2001), Chairman of the 2004 Democratic National Convention, and also served as Chairman of the Democratic Governors Association.
The Honorable Mary Landrieu was a United States Senator from Louisiana from 1996 to 2014. She served as chair of the Senate Committee on Energy and Natural Resources. In her capacity as chair, she sponsored and passed the U.S.-Israel Energy Cooperation Bill. The bill fosters partnerships focused on developing resources such as natural gas and alternative fuels, on the academic, business and governmental levels.

The new appointees join the distinguished current members of the Board:
— Richard Cheney: 46th Vice President of the United States, formerly   President and CEO of Halliburton Company and U.S. Secretary of Defense  from 1989 to 1993.– K. Rupert Murdoch: Founder and Executive Chairman of News Corporation,   one of the world’s largest diversified media companies. News   Corporation’s holdings include Fox Entertainment, Dow Jones and Company,   the New York Post, HarperCollins and significant media assets on six   continents.– Lord Jacob Rothschild, OM, GBE: Chairman of the J. Rothschild group of   companies and of RIT Capital Partners plc. Chairman of Five Arrows   Limited. Noted philanthropist and Chairman of the Rothschild Foundation.– Michael Steinhardt: Noted Wall Street investor and Principal Manager,   Steinhardt Management LLC. Founder Steinhardt, Fine, Berkowitz & Co.,   and noted philanthropist. Mr. Steinhardt serves as Chairman of the   Strategic Advisory Board.
“Genie’s Strategic Advisory Board members represent a wide spectrum of political views, but are united in their passion to see the United States, Israel and the democracies of the world achieve sustainable energy independence,” said Michael Steinhardt. “We believe that Genie Energy is positioned to contribute significantly to this effort through its oil and gas exploration program.”
“We are honored that so many leading figures from government, academia and the business world share our vision and have agreed to support our efforts by serving on the Genie Oil and Gas Strategic Advisory Board,” added Howard Jonas, Chairman and CEO of Genie Energy. “They join the prominent line up already serving on the SAB, and round out a truly unparalleled group who will help guide us in our groundbreaking work.”
About Genie Energy, Ltd.:
Genie Energy, Ltd. GNE, -6.90% is comprised of Genie Retail Energy (GRE) and Genie Oil and Gas (GOGAS). GRE operates retail energy provider, brokerage and marketing services. GRE’s retail energy provider businesses market electricity and natural gas to residential and small business customers primarily in the Eastern United States. GOGAS is an oil and gas exploration company including an exploratory drilling program in Northern Israel. For more information, visit www.genie.com.
Contact: Genie Energy Investor Relations Bill Ulrey P: (973) 438-3848 E-mail: Email contact
SOURCE: Genie Energy
http://www.marketwatch.com/story/genie-energy-gne-announces-additions-to-advisory-board-2015-09-09-8173318

4 thoughts on “Aside from Vanguard, Nazionists also have Genie Energy [GNE]”