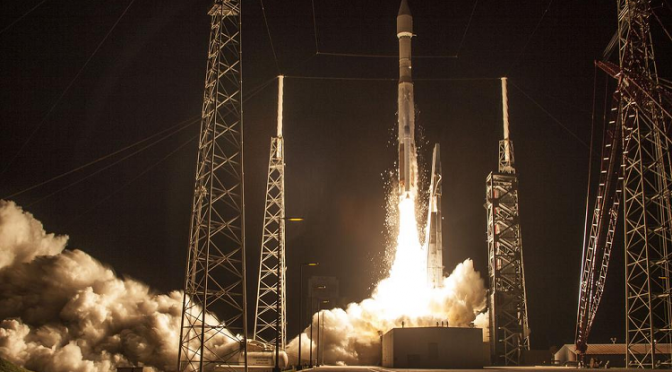 “The US has sanctioned 34 new people and entities under its Ukraine-related Russia sanctions regimes. Of the 34, 14 are said to be linked to those that have engaged in serious and sustained evasion of sanctions or are owned by a designated entity, 6 are alleged separatists who have threatened the security or stability of Ukraine, 2 are former Ukrainian government officials said to have been complicit in the misappropriation of public assets or to have threatened the security of stability of Ukraine, and 12 are entities that operate in the contested Crimea region of Ukraine. The US also identified a number of subsidiaries that are owned by listed entities VTB Bank, Sberbank, and Rostec.”

Under the radar though, the United States is bypassing its own sanctions by allowing the delivery of Russian rocket engines. This is one of many provisions secretly tucked into the $1.1 trillion anti-federal shutdown bill.

“Last year, Congress capped ULA’s use of RD-180s in response to Russia’s annexation of Crimea in 2014. ULA can’t use RD-180s to launch U.S. national security missions if the engines were ordered after the Crimea annexation.

But page 298 of a pending bill authorizing $1.1 trillion of federal spending would undo the RD-180 import limit. It says the U.S. Air Force can award launch contracts “to a launch service provider competing with any certified launch vehicle in its inventory regardless of the country of origin of the rocket engine.”

Understandably, pseudo-patriot John McCain is fuming mad upon knowing his own government is ordering 20 additional RD-180 rocket engines from Russia, the country that’s still bombing his ISIS comrades in Syria. 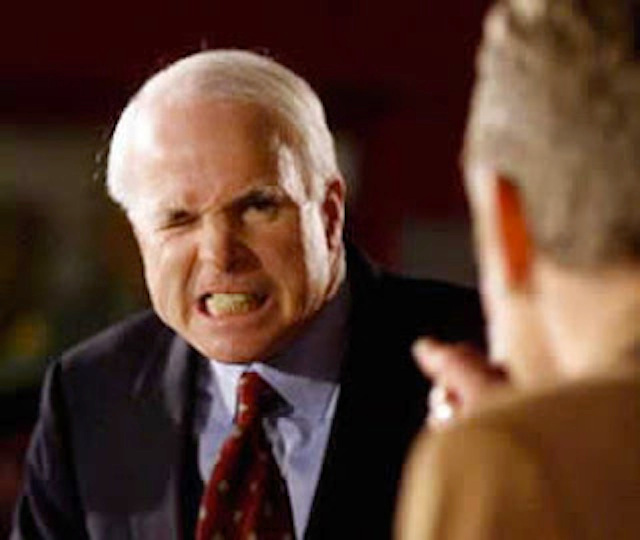 Germany, on the other hand is investing on Russian railways with $2 billion. Germany’s backbone is in its industrial sector, and certainly, there are better things that the sector could do other than manufacture weapons.

China Railway Group and Russian Railroad have kicked off a new project to design and build a high-speed railway between Moscow and the southeastern city of Kazan. It is expected that the line would be extended to Beijing, reducing the duration of a rail journey between Moscow and China’s capital to 48 hours.
“We have a proposal from our German colleagues on signing a similar (Russia-China) memorandum on cooperation, where they make commitments on financing of up to €2 billion in the project on various conditions,” Vice President of Russian Railways (RZD) Aleksandr Misharin told journalists.
Misharin stated that the project would seek additional financial support next year, though a contract has not yet been signed.
Earlier, China agreed to invest some $6 billion to fund the proposed railway.
The cost of the 700 kilometer Moscow-Kazan rail line is calculated to be some $21.4 billion. The train is expected to travel at speeds of up to 400 kilometers per hour.
Under the new line, travelers would take three and half hours to get from Moscow to Kazan, compared to the current 14 hours.
According to a statement made earlier by Misharin, the railway will take up to 10 years to build and, “in terms of scale and significance,” could be compared to the Suez Canal.

Russian Railways announced a tender for a designer of a high-speed network #Moscow—#Kazan. pic.twitter.com/9MXoIrRcag

​A recent poll conducted by the German-Russian Chamber of Commerce (ANK) has found that 80 percent of companies that have trade links with Russia believe that economic sanctions are not having their desired effect.

http://sputniknews.com/business/20151226/1032320482/germany-russia-railways-funding.html
The European Union as a group has decided to extend its own sanctions against Russia for another 6 months, in spite of the fact that these economic sanctions have not resulted into the desired effect. In fact, it is the Europeans who are suffering from the massive loss of revenues from Russian market.
What is more appalling about all of this is that while it is the United States that is pushing for these sanctions, US companies are themselves hugely profiting from continued interaction with Russian counterparts. The rocket engines are just one of many of these undisclosed interactions.
Germany may be going along on paper but it has decided a long time ago to be with the BRICS’s plan to revive the old ancient Silk Road and help build high-speed railways across Eurasia. To put it bluntly, Xi Jinping extended Merkel’s industrialist handlers an offer they can’t refuse.

“We are looking at a variety of objects,” Li Keping, who also serves as CIC’s vice chairman and president, told Handelsblatt in an interview, excerpts of which were published on Sunday.

He said the fund, which manages about US$750 billion of China’s foreign exchange reserves, was particularly interested in firms involved in “Industrie 4.0″.

The German government initiative is backed by lobby groups in engineering, electronics and high-tech and is aimed at addressing issues such as worker skills, data transfer standards and data security, Reuters reported.”

Chinese investments in the European region have also increased 117% in 2014 at $20 billion.

It is therefore so easy to conclude that all these talk of sanctions are pure rubbish, i.e. just mere geopolitical noise, to preoccupy the Sheeples and put them constantly on the edge.

MFA: New US sanctions are flawed, zombie-style, have nothing to do with reality, doomed to fail. pic.twitter.com/AlpuXboy9I

These non-issues are meant to justify the narrative of economic disorder to force cheap labor and enact more austerity measures.
The reign of the Corporatocracy must be ended.

One thought on “US & Germany Bypassing their Own Economic Sanctions vs. Russia”