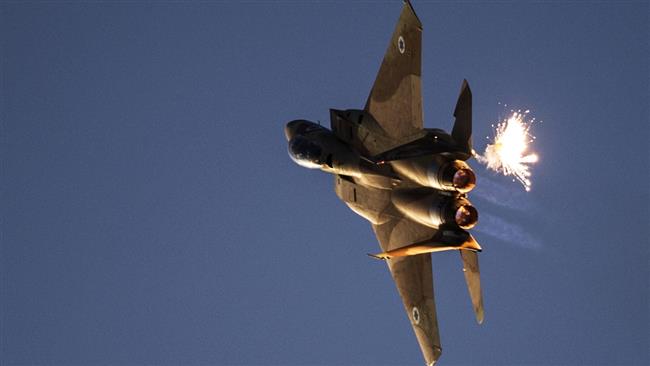 A known geopolitical analyst earlier claimed that the entire Israel Air Force is under quarantine by the Russians, but this might not be entirely accurate considering that,
“Israeli warplanes have carried out several airstrikes against the Gaza Strip in another act of aggression against the besieged Palestinian territory.”

Such air raids, according to Iranian Press-TV, were done after Hamas militants were firing pathetic rockets into the holy land of Abraham, maybe to welcome the New Year 2016.
Hamas has close ties with the Muslim Brotherhood, which in turn, has close ties with the CIA and MOSSAD. Ergo, Hamas is a CIA-MOSSAD affiliate.
Therefore, Hamas militants’ occasional rocket firing into Israel is MOSSAD sanctioned attacks for the Palestinian to be slaughtered in response.

Israeli warplanes have carried out several airstrikes against the Gaza Strip in another act of aggression against the besieged Palestinian territory.
The early Saturday raids on unspecified targets in Gaza came hours after Tel Aviv claimed that rockets fired from the coastal enclave had hit southern occupied Palestinian territories.
Israeli media said a total of five rockets were fired from Gaza on Friday night, adding that three exploded before they crossed the border.
There were no immediate reports of injuries or damage from the other two rockets that hit an open area near the city of Sderot.
The Israeli military frequently bombs the Gaza Strip. The disproportionate force is always used in violation of international law, and civilians are often killed or injured.
Palestinian men gather their belongings in the rubble of buildings destroyed in Israeli airstrikes in the Shejaiya residential district of Gaza City amid an Israeli war, July 27, 2014. (AFP)
In early July 2014, Israel waged a war on the Gaza Strip. The 50-day offensive ended on August 26 with a truce that took effect after indirect negotiations in the Egyptian capital Cairo. Nearly 2,200 Palestinians, including 577 children, were killed in Israel’s onslaught. Over 11,100 others – including 3,374 children, 2,088 women and 410 elderly people – were also injured.
Gaza has been blockaded since 2007, a situation that has caused a decline in the standard of living, unprecedented levels of unemployment, and unrelenting poverty.
The apartheid regime of Israel denies about 1.8 million people in Gaza their basic rights, such as freedom of movement, proper job, and adequate healthcare and education.
http://www.presstv.com/Detail/2016/01/01/444117/Israel-airstrike-Gaza-Strip/