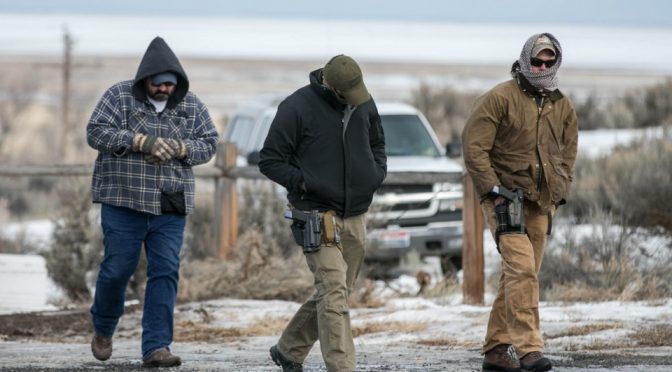 In a direct public testimony, recently resigned Fire Chief and Committee of Safety member, Chris Briels, gives a detailed account whereby he was informed that “militia were buzzing around the armory…” and he decided to investigate.

As the Chief describes, when he ran the license plates of the subject vehicles, it was confirmed that the suspicious subjects were undercover FBI agents.
Briefs’ resignation was primarily motivated also by Judge Steven E. Grasty’s blatant corruption in the performance of his duties.
https://www.youtube.com/watch?v=SB6m7x3QDAg
Americans are already in the state where they are ready and equipped to rise up.
The US government is carefully implementing its covert maneuvers though Orwellian legislation and surveillance in order to usurp this rapidly growing dissent without provoking a wider armed mass action.
Sooner than later, these people will find one charismatic leader that could unite them all in an armed revolt against a corporate hijacked fascist government, as did their Founding Fathers before them. That would be the day when they regain their reputation as the true home of the brave and the land of the free.
Until then, they may need to endure more State oppression in all its forms.