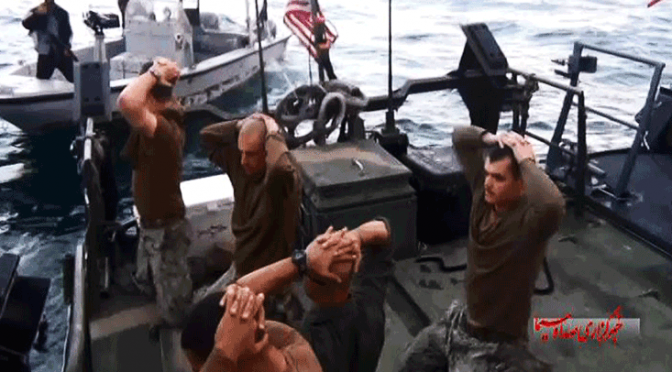 We have already pointed out several discrepancies to the official lines regarding the intrusion of US military boats into Iranian waters near Iranian military base in Farsi island, where the US Defense Secretary Ass Carter quipped,

“They obviously had misnavigated … that’s how they believe they ended up in this circumstance… It may be that they were trying to sort it out at the time they encountered Iranian boats. … We don’t know that fully yet.”

While the US operatives were trying to sort it out why the Iranian navy is approaching them so fast, they were starting to realize they have been baited. During this time, they must have remembered horror stories where US soldiers were deliberately being sent to die behind enemy lines to start, or prolong an existing war.
If you are in this situation what will you do?
It would be a blend of anger and frustration.  You’ll get angry at your superiors for deliberately sending you to death.  After all, CNN has been branding the Iranians as the barbarians in the Gulf, not the Saudis.
At those very tense moments, you can only do the only thing that is humanly possible at the time.

US Sailors ‘Were Crying’ When Captured by Iranian Troops – IRGC Commander

Sputnik, 01:34 17.01.2016(updated 05:48 17.01.2016)
The revelation came from the deputy commander of the Iranian Revolutionary Guards Corps (IRGC) Brigadier General Hossein Salami on the same day the state’s Foreign Minister Mohammed Javad Zarif held talks with his American counterpart John Kerry on lifting anti-Tehran sanctions, Fars News Agency reported.
“The marines were crying when they were being captured, but they later felt better after the IRGC forces treated them with kindness,” he said.
Ten American marines were captivated by Iranian naval forces on Tuesday after they illegally drifted into state-controlled waters in the Persian Gulf aboard two US boats.
Salami noted that after the incident, US politicians were asking their Iranian counterparts to free the detainees in a series of phone calls.
“The Americans humbly admitted our might and power, and we freed the marines after being assured that they had entered the Iranian waters unintentionally and we even returned their weapons.”
IRGC’s naval commander General Ali Fadavi unveiled on Wednesday that the situation could have gone in a drastically different direction, stressing that Iranian missiles were locked on a US aircraft carrier deployed in the Persian Gulf after the accident happened.
Fadavi explained that as Iran prepared to open fire as the USS Truman aircraft carrier engaged in “unprofessional moves” for 40 minutes, potentially provoking a response. At that moment, Iranian forces could have inflicted the US with “such a catastrophe that they had never experienced all throughout the history.”
“We were highly prepared with our coast-to-sea missiles, missile-launching speedboats and our numerous capabilities,” Fadavi stressed, adding Iran would win any battle with the US in the Persian Gulf and the Strait of Hormuz.
http://sputniknews.com/middleeast/20160117/1033262581/us-sailors-cried.html
Salami is a legendary war strategist and intelligence officer in the IRGC. One of his most recent successful operation is the successful recovery of the other pilot that crashed into Turkmen controlled area inside Syria when Erdogan ordered the shooting of one Sukhoi 24 Russian aircraft doing its regular air sorties against the Islamic State late last year.
He could be just propagandizing when he said the “US servicemen were crying…”, or he is actually telling the whole world the whole the truth, because obviously, these soldiers would be debriefed and silenced when they arrived home.
Whatever the case may be, the irrefutable facts will remain:

Our congratulations to the brave people of Iran for standing up to the bully in the schoolyard. The feat is worth emulating. 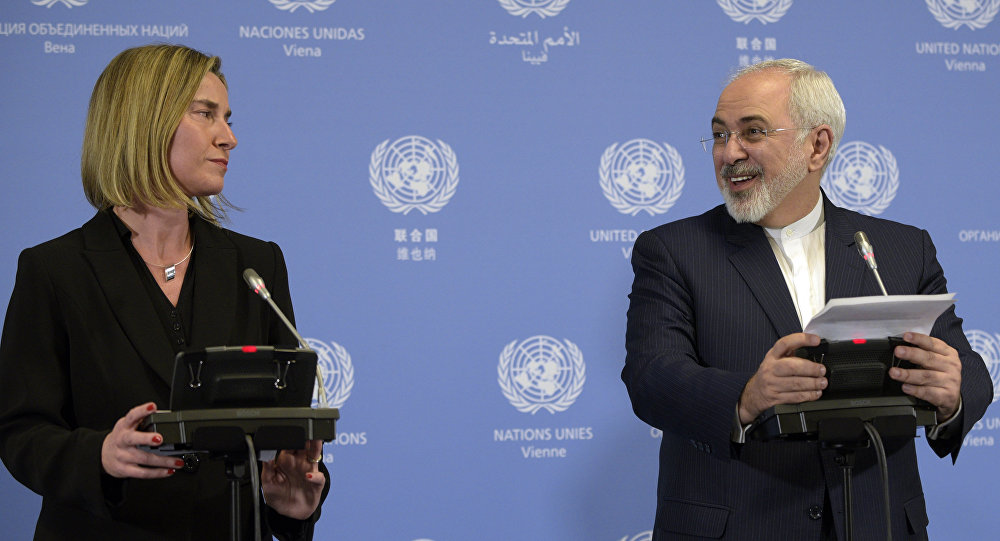 Welcome back to the world of soon to be fettered capitalism.

6 thoughts on “US Sailors Were Deliberately Baited to Sabotage Today’s Lifting of Sanctions vs. Iran”