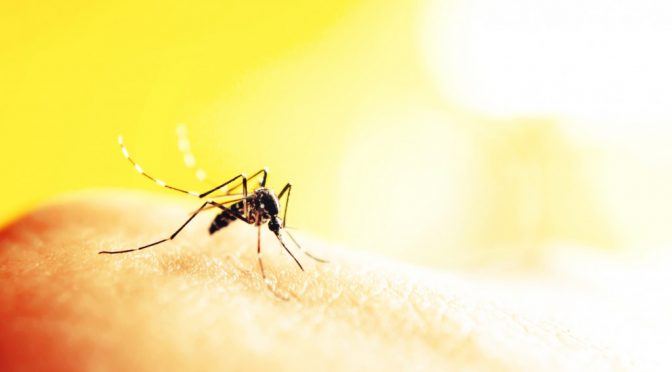 They’ve been through A with AIDS, C with cancer, D with diabetes, E with Ebola, H1N1, superbugs, etc. Now, they are down to Z with Zika virus.

“There is no treatment for Zika infection.

Efforts to combat Zika are focused on protecting people from being bitten and on eradicating mosquitoes, a tough task in many parts of Latin America, where people live in poverty and there are plentiful breeding grounds for the insect.

“We do not have a vaccine for Zika yet. The only thing we can do is fight the mosquito,” Brazilian President Dilma Rousseff said on Friday, reiterating her call for a national eradication effort.

Rousseff said tests for the development of a vaccine would begin next week at the Butantan Institute, one of Brazil’s leading biomedical research centers in Sao Paulo.

U.S. President Barack Obama spoke on Friday with Rousseff about the spread of the virus, the White House said.

“The leaders agreed on the importance of collaborative efforts to deepen our knowledge, advance research and accelerate work to develop better vaccines and other technologies to control the virus,” the White House said in a statement.

Zika has hit Brazil just as it prepares to host the Olympic Games in Rio de Janeiro on Aug. 5-21, an event that draws hundreds of thousands of athletes, team officials and spectators. The International Olympic Committee (IOC) assured teams on Friday the Olympics would be safe from Zika, but urged visitors to carefully protect themselves.

U.S. lawmakers have begun to press the Obama administration for details of its response to Zika. At least 31 people in the country have been infected, all of them after travel to affected countries.”

We should not just be looking at the issue from the standpoint of healthcare only but also from its geopolitical implications. Because, as always, the enemies of humanity do have the skills, capability and appetite for inflicting pain and suffering into many aspects of our existence.
With bioweapon Zika virus, they can:

The development and spread of the Zika virus in Brazil is never an act of nature.

Zika Freakout: The Hoax and the Covert Op Continue

By Jon Rappoport
Thanks to reporters and researchers Jim Stone, Kathy Ford, the fullerton informer, Jim West, Martin Maloney, and Claus Jensen, who have moved this story forward and exposed the scam.
If you want to hide anything on this planet, twist it into a (fake) story about a virus. You’re home free.
This is my second article on the Zika-virus scam (article archive here). I’ve been to these rodeos before: HIV, West Nile, Swine Flu, SARS, Ebola. In each case, a virus is blamed for illness and death that actually arises from other causes.
The Zika virus, now being blamed for the birth of babies with very small heads and impaired brains, has been around for a long time—late 1940s, early 1950s—and suddenly, without warning or reason, after inducing, at best, mild illness, it’s producing horrendous damage? This is called a clue. A clue that scientific liars are lying. Furthermore, many of the women who are giving birth to deformed babies test negative for the presence of the Zika Virus.
So, what is causing babies to be born with very small heads and brain damage? While researching my first book in 1987-8, AIDS INC., I concluded: don’t assume there is only one cause for illness. That can be very misleading. Various factors can combine to produce disease and death.
For example, in the case of this “Zika” phenomenon:

One: Pesticide use in Brazil:

Brazil, the center of the “Zika” crisis, uses more pesticides than any nation in the world. Some of these are banned in 22 other countries. And as for babies born with smaller heads, here is a study from Environmental Health Perspectives (July 1, 2011), “Urinary Biomarkers of Prenatal Atrazine Exposure…”:
“The presence versus absence of quantifiable levels of [the pesticide] atrazine or a specific atrazine metabolite was associated with fetal growth restriction… and small head circumference… Head circumference was also inversely associated with the presence of the herbicide metolachlor.” (emphasis added)
Atrazine and metolachlor are both used in Brazil.

This is a case of suspicious correlation. A study posted in the US National Library of Medicine, “Pertussis in young infants: a severe vaccine-preventable disease,” spells it out:
“…in late 2014, the [Brazilian] Ministry of Health announced the introduction of the Tdap vaccine for all pregnant women in Brazil.”
Obviously, pregnant women are the target group; they are giving birth to babies with smaller heads and brain damage, and the recommendation for them to take the vaccine was recent; 2014.
Barbara Loe Fisher, of the National Vaccine Information Center, writes:
“Drug companies did not test the safety and effectiveness of giving influenza or Tdap vaccine to pregnant women before the vaccines were licensed in the U.S and there is almost no data on inflammatory or other biological responses to these vaccines that could affect pregnancy and birth outcomes…The Food and Drug Administration (FDA) lists influenza and Tdap vaccines as either Pregnancy Category B or C biologicals which means that adequate testing has not been done in humans to demonstrate safety for pregnant women and it is not known whether the vaccines can cause fetal harm or affect reproduction capacity. The manufacturers of influenza and Tdap vaccines state that human toxicity and fertility studies are inadequate and warn that the influenza and Tdap vaccines should ‘be given to a pregnant woman only if clearly needed.’” (emphasis added)

Three: Genetically engineered mosquitoes that have already been released in Brazil to “combat” dengue fever—a project implemented by Oxitec, a company supplied with grant money from Bill Gates:

A town in Brazil has reported continuing elevated levels of dengue fever since the GE (genetically engineered) mosquitoes have been introduced to combat that disease.
The scientific hypothesis is: the trickster GE bugs (males) will impregnate natural females, but no actual next generation will occur beyond the larval stage. However, this plummeting birth rate in mosquitoes is the only “proof” that the grand experiment is safe. No long-term health studies have been done—this is a mirror of what happened when GMO crops were introduced: no science, just bland assurances.
Needless to say, without extensive lab testing, there is no way to tell what toxic elements these GE mosquitoes may actually be harboring, in addition to what researchers claim. That’s a major red flag.
Wherever these GE mosquitoes have been introduced, or are about to be introduced, the human populations have not been consulted for their permission. It’s all being done by government and corporate edict. It’s human experimentation on a grand scale.

Reuters, May 19, 2015, “Brazil prosecutors seek $16 million from pesticide makers”:
“Brazilian prosecutors said on Monday they would seek at least 50 million reais ($16.6 million) from multinational pesticide manufacturers for alleged safety violations at a collection facility for used pesticide containers… Those manufacturers, prosecutors said, include the Brazilian units of BASF, DuPont, Monsanto, Nufarm, Syngenta, Adama, FMC and Nortox… The charges come as scientists, regulators, public health officials and consumers increasingly complain that Brazil’s ascent as an agricultural powerhouse has led to unsafe and excessive use of pesticides. Reuters reported in April that at least four foreign manufacturers sell pesticides in Brazil that they are not allowed to sell in their home markets.” (emphasis added)
How convenient for these corporate giants to evade blame for horrific birth effects—out of nowhere a virus is touted as the cause.

These are major factors in all illness and death, in the areas where they are prevalent (e.g., major parts of Brazil). Suppression of the immune system is the result, and anything that then comes down the pipeline, germs or manmade toxic substances, become catastrophic to the body.

The Guardian, January 26, 2015, “Brazil is ‘badly losing’ the battle against Zika virus, says health minister”:
Sprays are now being given out to 400,000 pregnant women in Brazil. Naturally, the sprays are toxic. What better way to multiply the attack on mothers and their unborn children? For example, widely used organophosphates in sprays can be highly disruptive to the nervous system.
Some or all of these six elements I’ve listed, in combination, form a sustained attack on human life.
And as I keep stressing, the virus becomes the formidable cover story that conceals the truth.
And don’t forget the Rio Olympic Games, coming up in August. There are multiple scenarios which could play out in front of a global television audience. Will Zika be pushed as some sort of worldwide pandemic? Will a Zika vaccine be magically “discovered” and rushed into production, in time to show (as an advertisement) lines of people dutifully trudging up to receive shots?
Every fake epidemic is, in part, designed to create fear and induce blind compliance to medical and government dictates. The germ is positioned as the “tiny terrorist” in this stage play.
In my first book, AIDS INC. (1988), I indicated that covert medical ops are the most dangerous, because they appear to be politically neutral, they fly under no flag, and they claim to forward only humanitarian aims. But in fact, modern “Rockefeller Medicine” is built as a vast partner in the Globalization of the planet. Its vision is a universal in-utero-to-cradle-to-grave system for the human race: every human walks a bleak lifelong path of disease-diagnosis after diagnosis, receiving toxic drugs and vaccines at every turn, which weaken his body and mind, and make him unable to consider what is happening outside his perimeter of suffering or resist political totalitarianism.
Medical freedom means: the freedom to refuse medical care, and it’s based on knowledge of destructive effects. This freedom must win, against any odds.
“Official science” is a contradiction in terms, and a grand illusion.
(To read about Jon’s mega-collection, Power Outside The Matrix, click here.)
Like all other outbreaks before, we are calling this one just another fear mongering to divert our attention from more pressing global issues and for what they are about to do.

7 thoughts on “Who’s behind the Zika Virus Outbreak & Fearmongering?”