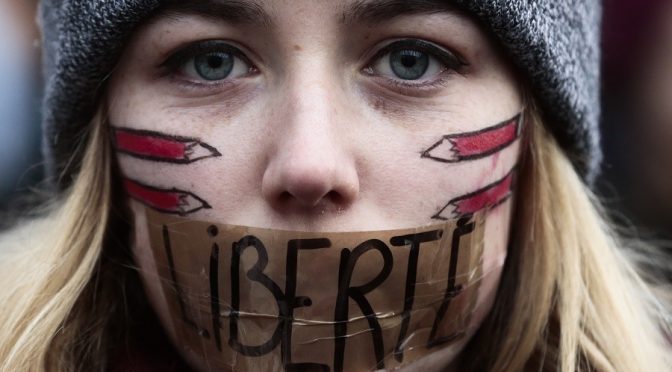 Independent minded journalists not only have to contend with editorial dictatorship but are all taking risks just to bring the real story to the public.
Of the 2,297 journalists killed worldwide in the last 25 years, 146 died trying to expose the under-reported political and economic tyranny here in the Philippines.

At Least 2,500 Journalists, Killed, Assassinated For Just Trying To Inform The World

In the last quarter century,25 years,  at least 2,297 journalists and media staff have been killed for doing nothing more than trying to inform the world on war, revolution, crime and corruption. And killers continue to act with impunity, the International Federation of Journalists announced in a new report.
The annual total stood at 40 in the federation’s first year of counting, 1990, but has not dipped under the 100-mark since 2010.
“The last ten years were the most dangerous,” said IFJ General Secretary Anthony Bellanger in an interview, with 2006 the worst year of all with 155 killed.
And despite vows of protection from as high as the United Nations, the IFJ said it produced the report “25 years of contribution towards safer journalism” to underscore a worsening climate of impunity which has helped killers get away with murder and turn journalists into soft targets.
“The IFJ estimates that only one of ten killings is investigated,” the report said, with actual convictions lower still.
“That is the diplomatic issue. Let’s stop the impunity that protects the killers,” Bellanger said.
The 79-page report will be made public next week, but The Associated Press obtained a copy ahead of a debate Monday at the British Parliament on “deaths of professional and citizen journalists in conflict zones.” The IFJ will also take the report to a major UNESCO meeting in Paris next Thursday devoted to the same issue.
“We bring this report to show to all that it really is time to do something about it,” said Bellanger.
Last year stood out for the attacks on the Paris office of the satirical weekly Charlie Hebdo, where two Islamic extremists killed 12 people at the satirical newspaper’s office. The IFJ’s total tally of the year stood at 112.
The IFJ says it bases its information on a variety of sources, including national affiliates in about 140 nations, police sources and political reports. It has published annual reports since 1990, focusing on the killings of journalists and media staff in work-related incidents. The totals center on deaths of media professionals in targeted assassinations, cross fire incidents and bomb attacks.
Beyond the sustained high totals, Bellanger said that there is also a disturbing trend in which kidnappers who seize journalists kill them, all too often without even seeking ransom.
The targeting of journalists has continued unabated this year too. Earlier this month, a suicide car bomb attack in the Afghan capital, Kabul, targeted a bus owned by Afghanistan’s biggest media organization, Moby Group and a Taliban spokesman claimed responsibility saying Moby’s Tolo TV was the target. Seven media workers were killed.
Over the past 25 years, Iraq has topped the list of most dangerous countries, the scene of 309 killings, the overwhelming majority of them since the 2003 U.S. led invasion and war.
In second place is the Philippines, with 146 killings, while Mexico and its drugs-related violence is third with 120. Those two nations also underscore the IFJ’s “recurring finding of our reports that there are many more killed in peacetime situations than in war-stricken countries.”
http://novorossia.today/at-least-2-500-journalists-killed-assassinated-for-just-trying-to-inform-the-world/
The most gruesome of all these killings is the Maguindanao Massacre:

“The Maguindanao massacre, also known as the Ampatuan massacre after the town where the mass graves were found,[2] occurred on the morning of November 23, 2009, in the town of Ampatuan in Maguindanao province, on the island of Mindanao in the Philippines. While the 58 victims were on their way to file a certificate of candidacy for Esmael Mangudadatu, vice mayor of Buluan town, they were kidnapped and killed. Mangudadatu was challenging Datu Unsay mayor Andal Ampatuan, Jr., son of the incumbent Maguindanao governor Andal Ampatuan, Sr. and member of one of Mindanao’s leading Muslim political clans,[3] in the forthcoming Maguindanao gubernatorial election,[4] part of the national elections in 2010. The people killed included Mangudadatu’s wife, his two sisters, journalists, lawyers, aides, and motorists who were witnesses or were mistakenly identified as part of the convoy.

With the Philippine Supreme Court’s recent confirmation of the constitutional validity of the Enhanced Defense Cooperation Agreement [EDCA] between the United States and the Philippines, we cannot afford to take this task lightly.

“MANILA – Amid reports of 8 areas being considered by the United States as “agreed locations” for US bases under the Enhanced Defense Cooperation Agreement, the Bagong Alyansang Makabayan on Monday called on the next Philippine president to review and terminate the bilateral defense deal.

In a news release, the group also said that no further EDCA negotiations should take place after it was revealed that the US was an active participant in the bloody Mamasapano operations, in clear violation of the Philippine Constitution.

Among those being considered for US basing are Basa Air Base in Floridablanca, Pampanga; Clark Air Base, also in Pampanga; Fort Magsaysay in Palayan, Nueva Ecija; Camp Antonio Bautista and a naval base in Palawan; Camp Benito Ebuen and a naval base in Cebu, and Lumbia air field in Cagayan de Oro City.”

One thought on “At least 2,500 Journalists Killed Trying to Inform the World”